Looking Back, Looking Forward, Giving Thanks

Looking Back, Looking Forward, Giving Thanks. My final post of 2011.

I buy old photos when ever and where ever I see them when they are priced reasonably.  Then I post them on my facebook page and when someone can claim them I return them free of charge to the family.

Check it out and see if any of yours are there.

i am the son of a ralph f stoudt and the late beulah stoudt follmer was my aunt .would somebody get back to me with currentstoudt geneology information?

Yes, I think it was a Treasure Chest Thursday but not maybe in a way one would think.

We gave testimony in regards to someone who walked amongst us today.  It was good to hear the words

My family is blessed to walk amongst these people and claim them as long long time friends more like family.

Arlington, VA, 28 December 2011: The National Genealogical Society has released a new video for the month of December about the…

The Mystery of our History

I have to wonder what caused my grandfather to start using an alias. At first I thought it was because he had abandoned an second family but yet I found his draft registration and it was in his alias.  Address and birth date matches my grandfather so I know it was him. This was before he married his second wife. He used this alias for the rest of his life so what was he running from?

I know life was hard for him and his family.  Seems like his father held many jobs during his…

My grandparents Frank and Julia Kohanski along with their childern Jan aka John, Antoinett and two others lived in what is today Kaunas Lithuania. Im trying to find out how I can get any information from that town. When they lived there the town name was Kowno or Kaunas. The came over to US in about 1906. My grandfather Frank was born in 1861, jan or john born 4/15/1903. Any information on how to get started would be very helpful.  Thanks   Tom

The Sanoja Family in Ellis Island.

Digging into the Ellis Island passenger registry, I came across someone who bore my name, Pedro Sanoja, and visited the United States in 1919.

Venezuela, Spanish-American, only two years old at the time of arrival, and coming from Veracruz, Mexico, in transit to Caracas, Venezuela.

The young Sanoja arrived with his parents, Juan and Matilde Sanoja (34 and 19 years old, respectively) on Oct… 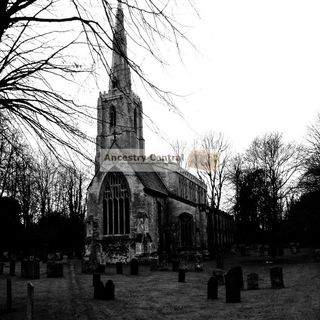 Today I went to the message boards to see what I could see.

I put in a surname and started reading the boards response.

What a surprise to find, there was information that I had not looked for before.

they move rather quickly.

We all began this search for a particular reason.  How it became an obsession is the same. We cant help but feel the excitement of adding leaves to the branches in our tree. We keep looking for more and more.

In 1970 my History teacher Mrs. Carrol assigned us the project of making a family tree.  At first I panicked. I did not know anything about my family. All of my grandparents were deceased. My father had a hard childhood and spent most of it in a childrens home in New…

One Surefire way to Jumpstart your Genealogy for the New Year.

My blog entry on Wordpress.com  http://wp.me/p1bnNB-3Q

Remembering my Childhood home and my Mother who was the goddess of Clorox and Spic-NSpan cleaners. Full story on Wordpress at http://wp.me/p1bnNB-3G

An Introduction to me.

I blog on Wordpress.com  http://wp.me/p1bnNB-h

Seek and Ye Shall Find

I've often found when researching that the tinest snippet of information can lead to a wonderful surprise.  For example, typing surnames into Google Book Search has led me to the following:

A tiny snippet from a railroad magazine that was published for employees, mentioned my father's name. As my father has passed away, you can imagine how this peaked my curiosity.   I decided to research the magazine only to find it was no longer in print.  Not one to give up so easily, I…

Genealogy at Christmas Time I wrote about yesterday as to why to  write Christmas letters and what the many benefits of the season can bring.

Opening my e-mail early yesterday morning, brain was on Michigan time,  I received a letter from a new found Scott cousin. He has information to fill in some of my blanks which in turn will fill in at least 10 other Scott researchers blanks.

where can i send to to get birth certificates in berlin

Stepping Back Into Time

When my day is hectic and I'm feeling frazzled, how relaxing it is to just step back into time.  I look around me at all the conveniences that modern day has to offer and wonder how my ancestors ever managed.  Old pictures, a small glimpse of their lives and towns, brings delight, wonder and a thirst to know more.  Whether I am combing through State Archives or searching old newspapers, that tiny clue, the little nugget that gives me the breakthrough I am looking for, makes the pressures of…

I Am Grateful For Holiday Traditions

I started out this week on a note of frustration. There was one week to go until Christmas and my office was filled withboxes of cards, boxes of client gifts, and lots of nothing seeming to get done. I was remembering last year, in early January, how I thought to myself that before I knew it, the holiday season and end of the year would be right around the corner. And here I was, sitting at that…