Today I went to a talk about cemeteries in San Diego County. Alas it was embarrassing to learn I have lived here for 35 + years this trip and to learn that as late as 1960's, Yes I was here then, that our city government and business people allowed people, groups and agencies to rip out head stones and destroy cemeteries. Keith's Resturant is on a cemetery, does anyone remember that. I think that the one missing in San Ysidro area is also paved over with free way or freeway interchange. A 95… Continue

Arizona is not exactly perceived to be in the forefront of places where people do genealogical research but the collections listed below are mind boggling extensive. Arizona is perceived as a place where people from the Midwest go to live and to retire. To the contrary, our heritage (I live in Arizona) actually dates back hundreds of years to Native American and Spanish roots. Historically, the population has been sparse, but recently, with the boom in sun belt living, the state capital,… Continue

Overcome one, Encounter another

Well, now that I have tracked down relatives I'm anxious to find out more. Only to run into another brick wall (my head hurts). I am looking for anything for Minnie Myrick (Myrack). Born in Texas December 19, 1879. She married Milas Lemay in Bowie County, Texas, June 1, 1894. She died in November, 1953. This would be my Great Grandmother on my mom's dad's side. I believe Minnie had a sister named Susie Ann or Susie Anna. I have tracked down census records for 1910, 1920 and 1930 for Minnie and… Continue

Yesterday Mayor Bill White and Dr. Rhea Brown Lawson, director of the Houston Public Library, launched the Houston Oral History Project (HOHP), a web-based archive that celebrates the many voices of Houston’s past.

Last summer Mayor White commissioned 100 initial interviews through the Houston Public Library. Well known civic, political and business leaders as well as witnesses to the historical events that shaped Houston were invited to visit libraries throughout the city to record… Continue

Ever heard of Creative Genealogy? 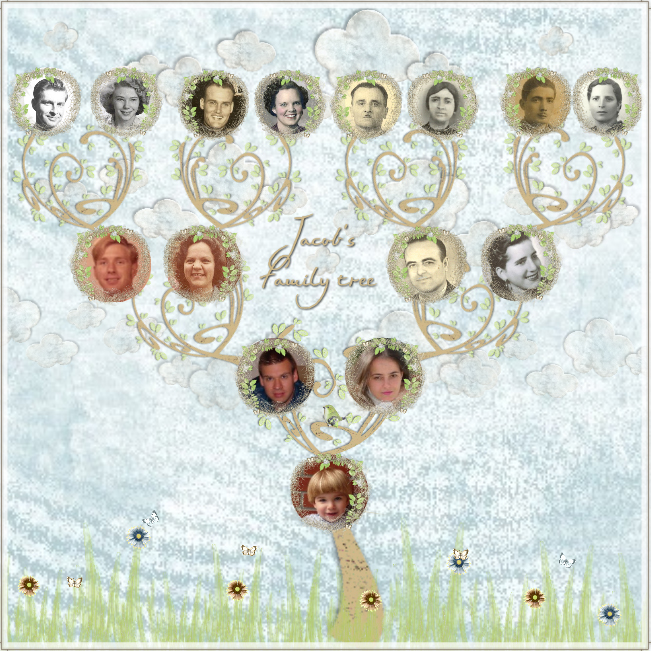 We all love genealogy,
this is why we are here. I too have done extensive research to find my ancestors and go as back in time as possible.
I love genealogy so much that I decided to make it fun for my now still little children so that they would love it too.
Then I realized that when you make genealogy something more visual than just a pedigree chart, you get interest from any kind of person.
If you would like an idea of what I mean… Continue

Whatever happened to genealogical evidence standards?

Donald Lines Jacobus, FASG (1887-1970) is generally recognized as the founder of the modern school of genealogy in the United States. See NGS Genealogy Hall of Fame Members. He is credited with "elevating genealogy to the high degree of scholarship it now occupies." There were, of course, other researchers who were influential in setting a more professional standard for family history, such as Gilbert Cope in Pennsylvania, Colonel Lemuel Chester and Henry F. Waters from New England. Read more:… Continue

Looking online for real information about your family

Sometimes when I am doing genealogical research online, I can't see the forest for the trees. Let me give an example. I enter a surname into a Google search, something common, like "morgan." In the first go around, I get over 15 million results. Now, who can actually use 15 million surnames? In the nature of search engines, the most popular results come up at the top of the list, so I get things like the Morgan Motor Company and Morgan Stanley financial services. Following my own advice, I try… Continue

Geneabloggers WebRing is a webring for Family, Home and Genealogy blogs. Family history blogging and genealogy carnivals. Exclusively for Geneabloggers! You can read more about this webring here.

Often people over look these sources of info. They can be very useful in pin pointing dates of death,places of work or exact home address.
With the absence of a 1890 census city directories can be a big help.
Not all smaller towns have them but at times combined with other small towns in the area or even with the county were they are located.
Most public librarys and historical groups have them. Pus they are available online at such sites as ancestry.com.…
Continue

What 15 Minutes Can Get You

With a full-time job and other obligations I find it hard to keep up with my genealogy research. So I've decided to spend at least 15 minutes a day doing some type of research or organization of my research. Tonight I opened up my Family Tree Maker software and focused on my third great grandfather Jacob Ruffing. Within ten minutes I struck upon a copy of his obituary courtesy of another user of Ancestry. I am totally stoked! The obit is posted below for your viewing pleasure.…

Harvey was my Great Grandfather and a very interesting man he was. He was so interesting he disappeared.
Some time in the Mid 1930's Harvey decided to create a new life for himself and left his wife behind in Blackhawk Co. IA. The town of Washburn to be exact.

He came from good stock but he endured much in his life. I can almost understand the reason for the disappearance but it sure has become a stickler to locate his death records.

Almost two years ago, we were introduced to the New FamilySearch program. Since that time, I have spent a considerable time working with and teaching about, this interesting program. Although, it is still not available to those who do not belong to The Church of Jesus Christ of Latter-day Saints (LDS), and not even to all the members yet, the program has had a huge impact on the LDS community.
Read more...

One of the questions I often get is how do I keep up with all of the different Websites. There is a huge amount of information out there on the Internet and it can be daunting to try to follow even one limited topic like online genealogy. However, there are a number of Web tools that make following blogs and other Websites manageable.
Read more...

Create Your Own Family Bible

We often do large photo archiving projects for families that involve scanning and creating digital records of photos albums, boxes of loose photos, newspaper articles, certificates and other family mementos that a family wants preserved. Families want this service because it provides a backup should anything happen to the original as well as a architected filing storage system that makes it simple to find any photo within minutes. If you have a large family, there is no need to argue over who… Continue

Many members are not aware of the chat room here on GenealogyWise, or if they are aware of the scheduled chats they don't realize that the chat room is open all day every day. There are a group of people who are in there and are willing to help you with a genealogy problem, do lookups or just general chat. If you do not know how the chatroom works you can leave a message for me on my homepage and I will walk you through it. We would love to have you join us. Drop in and introduce yourself.

Tracking additions and changes to the FamilySearch Wiki

One measure of the effectiveness of a genealogy Website is the number of visitors. Although still not a major player in the online world of genealogy, the FamilySearch Wiki is steadily growing in its resources and usability. As of September 25, 2009, the homepage had been accessed 371,941 times. Since this is the number of times some pages are accessed in one day, the number itself is not impressive. What is impressive is to view the list of new pages added by logged-in users. There were nearly… Continue