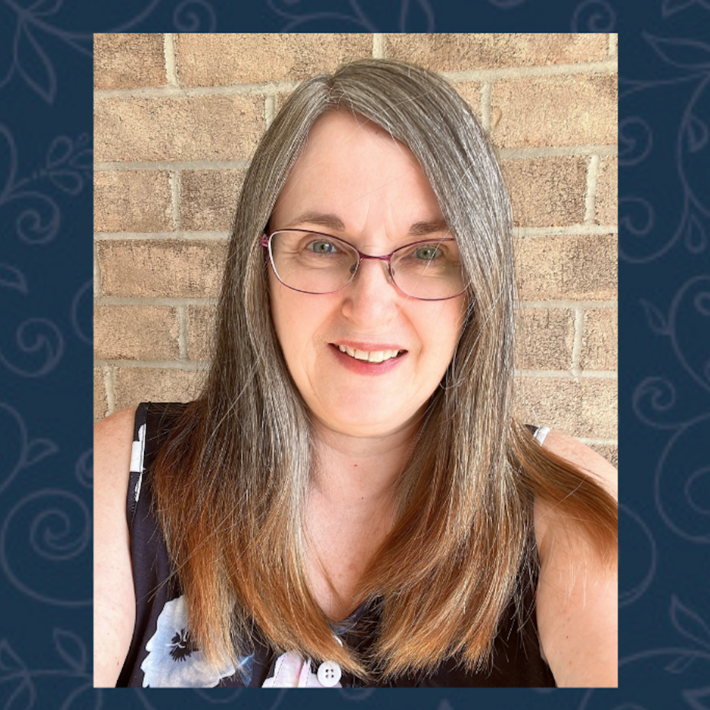 Cheryl Levy PLCGS has not received any gifts yet

February courses are ready to start. Are you planning to register for any courses? Check to see which courses will help you to work on your 2023 research goals. Blog: http://blog.genealogicalstudies.com/2023/02/february-courses/
Friday

This group is for students taking courses or working on the Certificate for Professional Development from the International Institute of Genealogical Studies.See More
Jan 31
14 Comments 2 Likes

Celebrate your Australian ancestors by preserving their stories. The International Institute of Genealogical Studies offer many courses for your Australian research projects. Check them out:…
Jan 25

Brian Charles Maclachlan commented on Cheryl Levy PLCGS's group Italian Records
"Hi Cheryl Thanks for the comment and yes the female ancestry Course is helping me more than I expected. Brian"
Jan 23

Cheryl Levy PLCGS commented on Cheryl Levy PLCGS's group Italian Records
"Hello Brian. I am glad you are enjoying the Researching Women course. It was one of my favourites. :)Unfortunately, we do not have any new Italian (or Scottish) courses to add at this time. We will post a notice for new courses as they become…"
Jan 23

Brian Charles Maclachlan commented on Cheryl Levy PLCGS's group Italian Records
"I must admit that I am surprised, given my understanding of the migration of Italian people to the USA, that there is not available all courses for the Italian certificate. Given my Italian ancestry through my parternal grandmother I know I am…"
Jan 22

Many new students are unsure of where to begin. Which courses should you take first? It is recommended for all students to begin with understanding the methodology guidelines and standards used in all genealogy research. Our Methodology Certificate forms the basis for all of our Professional Learning Certificates. This is the suggested order for taking the compulsory Irish Records courses. Blog:…See More
Jan 12
0 Comments 0 Likes

Brian Charles Maclachlan replied to Cheryl Levy PLCGS's discussion Foundations: DNA Certificate Course Order in the group DNA Courses
"As with all the courses at NIGS now IIGS? you can only gain knowledge and enjoyment from undertaking the course. Having completed over 160 courses I can only say that the cost and effort has been very rewarding and assisted my research on my…"
Jan 12

Do you have a question about your courses or your research? Communication is so important in genealogy. At the Institute, there are various ways you can communicate with us. For more details: http://blog.genealogicalstudies.com/2023/01/keeping-in-touch-jan-2023/We want all of our students to enjoy their learning experience. Please do not worry or fret over your courses by yourself. We are here to help you!****…See More
Jan 12
0 Comments 0 Likes

Some of the January courses have opened this week! We want to make sure our students know how to communicate with us. Don't hesitate to send us a question, or clarify something that is confusing for you. Blog:…
Jan 12

What surnames are you interested in researching?
Martin, Farnell, Stewart, Watt, Fisher, and many more

What countries and other locations are you interested in researching?
Nova Scotia and Colonial New England

For what reason did you start genealogy research?
to find out more about my family Tis the season for celebrations.
Whatever the holiday you are celebrating in December,

Whether you are celebrating the season with sleigh bells through the snow,
or a picnic on the beach, or somewhere in between,

From all of us at the International Institute of Genealogical Studies,
we would like to wish one and all –
a Happy and Safe Holiday Season,…

Our Faculty Team is Expanding!

We are honored to introduce our new Director of Irish Studies: Claire Bradley. She will be working to update our Irish courses and will host the Irish Virtual Meetings starting in the new year. Please welcome our newest adjunct professor on the Institute’s Faculty Team. Blog http://blog.genealogicalstudies.com/2022/12/our-team-expanding/ …

Our Graduation was held on November 18th for our students who earned their PLCGS, and for those who completed the full program for their DNA and Genetic Genealogy certificate between May 1st and October 31st of 2022. Congratulations to our newest Graduates! Blog: http://blog.genealogicalstudies.com/2022/11/fall-2022-graduation/
YouTube Video Recording:…

Thank you, Cheryl! Happy to be here. I had my notifications turned off; just seeing your reply now :)

I descend from Timothy Houghton & Eunice Whitcomb, early settlers in Chester NS. Their child married a Webber who was also an early settler in Chester. Are we a match. My email is chicoyne19@gmail.com

Hi Cheryl - I see you are related to the Perry Family. My last name is Avery but my DNA says I am really a Perry. I was wondering if you have ever seen the Avery name in with the Perrys. These Perrys in question were from Watertown Massachuisetts at one time. I don't think I was adopted.

Cheryl, you might have to friend me on Facebook so I can add you to the Descendants pages.  You can search for me by name or e-mail.  Pat Taylor Jennings or busybee1952@hotmail.com.  FB has me really confused these days!

Heather found some more info on the Fishers:

Pat Taylor Jennings said…
John Fisher ( #1 )  b. 2 Dec. 1675 & wife Sarah (unknown) had a son, Samuel Fisher who m .AGNESTAYLOR d/o Matthew & Janet TAYLOR Agnes was 1 of Samuel's 3 wives and she died early in their marriage.  Perhaps the "TAYLOR" comes from her.  Samuel was the brother of WILLIAM FISHER who m. Eleanor Archibald.
Margaret Fisher d/o William Fisher & Eleanor Archibald m. John Archibald 2nd . His parents were Samuel Archibald & ELEANOR TAYLOR. Another TAYLOR connection.
I, too, am a direct descendent of ELIZABETH TAYLOR FISHER through her marriage to ALEXANDER STEWART . She was actually b. 29 June 1775 in Truro.
ESTHER TAYLOR FARNELL was the d/o James Farnell & Sarah Gammell Stewart ...Sarah G. Stewart was the d/o Alexander & Elizabeth TAYLOR Fisher.
I descend through Sarah Gammell Stewart's brother, Archibald Stewart
Note: James Farnell, ESTHER'S father, was the son of MARGARET FISHER & George Farnell. Margaret was the d/o John Fisher & Elizabeth Cowley/Copley. She was Elizabeth TAYLOR Fisher's sister.
Sooo, relations intermarry & the TAYLOR names travels along with cousins, aunts, uncles etc.  A tangled web.
Heather
The above information comes from a good friend and cousin in reply to your post on my page.  She said I could share her e-mail address with you if you are interested.  Please let me know if you would like that information.  Also, there is a facebook page called "Descendants of Matthew and Janet Taylor".  Just search for the group and it's free to join, if you want.
All the best!
Pat