This group contains information about current research associated with Piedmont Trails. Since September of 2017, Piedmont Trails has been concentrating on several projects such as the Great Wagon Road Project, the Colonial Indentured Servants Project, the Yadkin Valley Railroad Project, and the Loyalists of North Carolina Project. We also concentrate on the colonial roads and migration patterns during the 18th-century. A brief description of each project is given below. 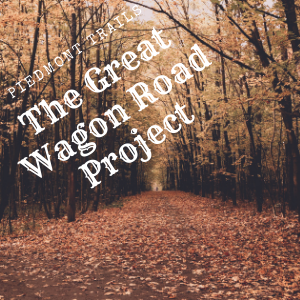 Originally started in 2019, the Great Wagon Road Project is comprised of volunteers working towards naming the first major migration trail in America as a National Historic Trail. The Great Wagon Road travels nearly 800 miles through several states, Pennsylvania, Maryland, West Virginia, Virginia, North Carolina, South Carolina, and Georgia. The project preserves the original route of the road dating from 1741 through 1775. Tens of thousands of early colonial families traveled this road south prior to the American Revolutionary War. The project documents these families, the road, and many events that took place.

The Colonial Indentured Servants Project originated in January of 2020. Thousands of names are associated with this research during the colonial period. Many of these individuals were shipped to the colonies and served for 7 years or longer. British records, shipping logbooks, and colonial court documents all pertain to this in-depth study dating from the mid 17th-century to the onset of the American Revolutionary War. 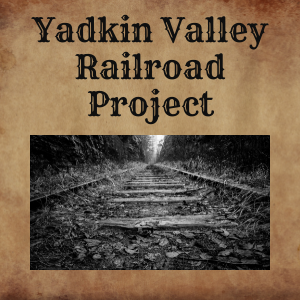 The Yadkin Valley Project concentrates on the oldest existing railroad in North Carolina. Spanning 93 miles, the Yadkin Valley Railroad travels through various counties, Surry, Forsyth, Yadkin, and Wilkes. The project preserves the families and the history associated with this rail line dating from 1890 to present day. Many of these individuals left North Carolina after the American Revolutionary War. The project investigates these families to preserve their opinions, their lives and their history.

If you would like to learn more about these projects and Piedmont Trails, we encourage you to join the group. We share details of new discoveries and welcome suggestions, comments and research lookups from all of the files. Thank you for visiting our group page today and we are looking forward to discussing genealogy and history with you as a new member to the group.

For the past two years, I have been discovering the individual names of people who served as colonial indentured servants. Virginia and Maryland records are enormous with significant detail to…Continue

As the Great Wagon Road Project pushes forward, fascinating new trails are emerging from the past. I mentioned several of these trails on a recent podcast covering western North Carolina. New smaller…Continue

You need to be a member of Piedmont Trails Group to add comments!

I can't wait to share the updates from the Great Wagon Road Project this month. We have located the routes of several additional roads linking to the migration route and discovered several small settlements that history has forgotten. We hope to preserve their memories and the families for the future.

I think it is fantastic that the North Carolina State Archives are putting the 200,000 land grant surveys online. The boundaries and details of these grants aid us so much with our genealogy research and our historical research.

If you are researching in the southern colonies of Virginia, North Carolina, South Carolina and Georgia, I urge you to examine Emmanuel Bowen and his survey maps. They are a treasure trove of information. I have attached a link to the 1747 North Carolina map by Bowen. Share what you think about this fascinating map.

After years of studying old roadbeds, I came across data referencing a road dating to the 17th century in the southern colonies. After digging further, I now see that this road has been completely overlooked. I can't wait to share this. Stay tuned to the latest developments as the research continues.