This is photo of William leading a parade, I've been trying to date it, but haven't been successful yet. 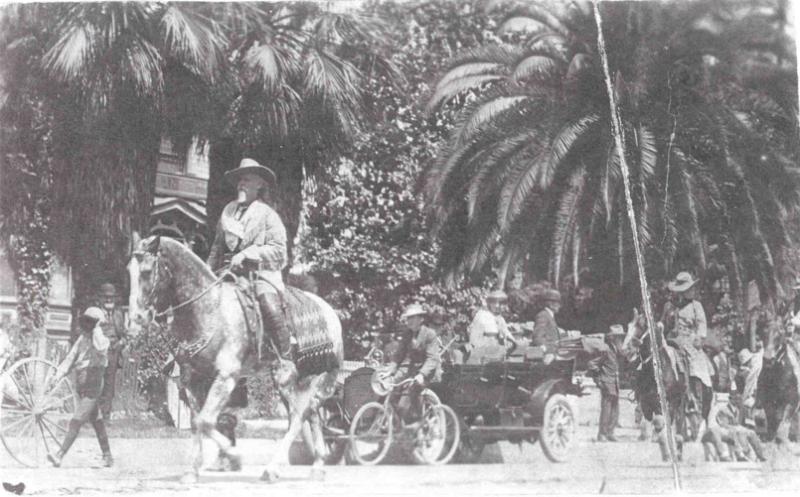 You need to be a member of Researching Actors and Actresses to add comments!

Hi all - I am checking in with my groups, seeing if anyone is still out there - after a few years' break, I am back to working my brick walls, especially W.A. who is giving me fits still. Please feel free to post, and I'll do my best to help. :)

found this possbility in 1910 in Texas, she was listed in a cast list:

Vaudeville was a type of stage entertainment that incorporated many types of acts, like skits, comedians, recitals,  jugglers, animal acts, musical plays, and parodies of serious theater called Burlesque. etc. For example, "Carmen" was an opera while Charlie Chaplin made a film burlesque of it called "A Burlesque on Carmen" 1915. "Space Balls" by Mel Brooks is a comediac parody of "Star Wars". So a vaudeville performer could do burlesques among other acts, some even serious roles, and burlesques could be filmed. The later connotation of titillation came later as some later vaudeville theaters decided to show more skin and more risque performances to attract customers as the competition for audiences increased.

Posting this transcript and link to a 1904 article I found when researching fellow performers of my performer ancestor. Interesting that it provides legal name (James B. McDonald) for James B. Mackie and residence in 1904. Found via google news using limited date parameters.

IN THE BUSINESS WORLD

“James B. Mackie” owes $5815, Some in Salaries to Performers

James B. McDonald, a theatrical performer, whose professional name is James B. Mackie, and who lives at 239 West Thirty-eighth Street, has filed a petition in bankruptcy with liabilities of $5815 and no assets. The debts were contracted between 1895 and 1902 for salaries, printing, borrowed money and board.

Thank you for the info. The obit was found in Genealogybank.com.  Obit for father indicates that he was on vacation visiting Omaha to see his daughter Louise Sanborn perform in James Mackie's 'Grimes Cellar Door".  I take it she was a burlesque or vaudeville performer. I don't know the fine lines between either genre.  I will check for her fellow performers as well. I miswrote in previous post, actual names of daughters were Sadie and Julia Goodnow vice Lloyd.

I will check the sources you mention. Thank you very much.

do you know what kind of performer or venue Louise Sanborn was? I found a couple of Google hits searching under "Louise Sanborn vaudeville", since that was a huge entertainment field in 1870s to 1920s. Don't be surprised if the surname is spelled Sanbourne or Sanburn or Sandborn, etc. Some ot the scanned documents are pretty difficult for the human eye to read much less a computer. Google Books has theatrical books which sometimes mention specific performers, and  Fulton Old Time Postcards is a great resource which is free, but often very hard to read. Genealogybank.com is subscription, but I've had good success with it for performers. Keep in mind performers moved around alot, and changed stock companies frequently. As far as names, people often used their middle names, and in censuses, often the person who gave the information didnt really know the lodgers/boarders. Obits have errors, too. I'd search on her fellow performer, as well, see where they were, and maybe Louise there too. Let me know if I can help.

Comment by Catherine Vilga Lloyd on January 14, 2011 at 7:59am
I've skimmed past messages and looked at the posted sites of interest already. Have never had to look for a performer before. Does anyone have any clues on how to search? I found relative listed in an obituary that listed her performance, location and fellow performer. Then started searching other newspaper records for listings. Performing period is 1899 - 1907 so far. Challenge is that family name is Lloyd, performer listed as Louise Sanborn. Also confusing is that I have not found other record of 'Louise' in family unit other than obit. 1880 census lists daughters as Sadie Lloyd and Julia Lloyd. Sadie is not Louise. Think I would have any luck in finding changes in name to stage names?

Comment by Myss Story on September 12, 2009 at 5:03pm
I found a new resource today on Google Books. It is
"A History of American Magazines, Volume III, 1865-1885, Volume 3" By Frank Luther Mott. See Chapter VIII starting page 192, but see page 198 for a discussion of magazines that carried theatrical news articles in America. The period of time each were published, their cities, etc are mentioned.

Comment by Kate Steere on September 5, 2009 at 4:59am
Hi Jeanette-
Do you have any records for Lily? Census, marriage or immigration records?
If you'd like to start a discussion, then we can keep track of the information a little easier. :)

And, please add any stories or hints that you may have about her, as sometimes these bits can add up to a little bit of truth. :)

Comment by Jeanette Seaborn on September 4, 2009 at 8:13pm
I'm trying to solve a major family mystery. My paternal grandfather's sister was born Lily Seaborn on May 23, 1900 in Colchester, Essex, England. She was the daughter of Thomas Crisp Seaborn and Roseanna Gaskin. They emigrated to Canada in February 1913. On September 22, 1917 she married Frank Christie,and emigrated to the U.S. around 1918. By 1923, Lily had married an F. Fisher; and had married an R. Rosler by 1943. Lily died in California in 1959; and she also lived in New York.
The mystery about Lily was her profession. I've heard reports that she was an actress, an opera singer, or a Radio City Rockette; although I'm unable to confirm anything about this. I've tried searches with her maiden name, as well as her married names (and using variations of these), but haven't found anything. Any tips would be helpful to solve a family mystery.