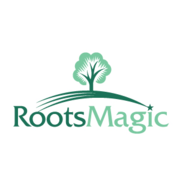 With a new year comes a new release. We are excited to present the RootsMagic 8 Community Preview! Now, you may be asking yourself- “What is a community preview?” Basically, it is pre-release software. RootsMagic 8 has already been through extensive development and testing, but there is still some “spit n’ polish” before we are ready to […]

We are pleased to announce that RootsMagic 7 is now available for Apple computers running macOS 11 Big Sur. When Big Sur was released last month, it made some changes that broke the wrapper that allowed RootsMagic to run on macOS. While users with previous version of macOS could still use RootsMagic, users who had […]

You need to be a member of RootsMagic Fans to add comments!

On this forum, Oct 2010, I had asked about fixing broken media links by designated folder.  I see that is now an option in the new update.  Thanks RootsMagic!

Comment by Renee Zamora on April 29, 2011 at 7:28pm
No, the only option is to revert to an earlier backup of your databases before the merge took place.

Comment by Brenda K. Wolfgram Moore on April 29, 2011 at 5:55pm
Is there a relative easy way to UNmerge two files that should not have been merged?

Karen,  The link below is to a Knowledge Base article on how to solve that.

Comment by Karen Struve on April 19, 2011 at 6:48pm
When I create a GEDCOM in RootsMagic and attempt to open it in FamilyTreeMaker (don't worry, I'm not leaving my RootsMagic) I get the error message "GEDCOM file must be version 5.5 or higher"  I don't see anywhere in RootsMagic where I can choose the version of GEDCOM.  What am I missing here?

I've not had a problem with downloading the webinars.  My suggestion is to post in the RM Forums on the webinar thread and see if other users have experienced this. I'm sure the issue is more with your computer than with the actual link or file.

Is anyone else having a problem downloading the Webinars? Here is the error message I am receiving:

Windows Media Player cannot play the file. You might encounter this error message for one of the following reasons:

Comment by Patricia Cummings Beran on January 6, 2011 at 12:16pm
I have entered about 1800 individuals, pictures and documents on my Rootsmagic program. While on the "genealogy trail", I met a long lost cousin who also has a ton of info/pictures. I have suggested he buy the program, but what's the easiest way to transfer all my info and upload to his brand new/empty Rootsmagic program?
Thanks
Patty

Comment by Renee Zamora on October 13, 2010 at 9:22pm
Michael,
There isn't a way right now to designate which folders to search in. It has been added as an enhancement request at RM. You can do a search & replace on your media links that might speed things up for you.