Ancestors Connect Us to History

I have a passion for America unmeasureable to anything else in life. I'm scared that our current politicians have forgotten the definition of words that make life truly worth living, such as freedom and democracy. My passion and love for my country came in elementary school when I was taught to have pride in my country. In private school, I was not taught a party line. I was taught about the rich history of this great nation, the good and the bad. My passion only grew when my maternal…

For those who don't know,someone is trying to build a casino near Gettysburg.

Such an historic place as Gettysburg should not be turned into a dirty,trashy town because someone thinks they can make money from the people who visit such hallowed ground.

The battle of Gettysburg was something we should charish and share with generations to come,but not with a casino.

This link http://nocasinogettysburg.org/ is an online petition…

Choosing an image file format for storing original photographs and scans
raises a number of major fundamental issues including most importantly,
the survivability of the format in the long term. The most recent issue
of the Family Tree
magazine has an article on Endangered Sources by Lisa A. Alzo. The article identifies various… Continue

First, please notice the links in the sidebar to the individual articles
in each series. I will work at keeping them up to date.


Just FYI, brightsolid online publishing have also recently acquired the FriendsReunited group, including genesreunited.co.uk which is the number 2 player in the UK market (behind…

With today's technology, not much really surprises me anymore. However, as I am writing this, I am nearly stunned at what I am looking at.

I have a brittle, old photograph of my 3rd great-grandfather, David Brown (there I go again talking about my Browns...). Time has faded and cracked the photo. Many years ago I scanned/digitized the photo to preserve its current state. I really did not think there was much hope in ever restoring the photo to my…

Often I am asked about town meetings and other terms pertaining to New England town government by people researching their roots from outside of New England. They see the annual reports in the archives, and have questions about the terminology, and the form of government. If you have ever seen Norman Rockwell’s paintings of the “Four Freedoms,” I think the painting of the young farmer standing up to…

A writer's Journey to the Land of Oz 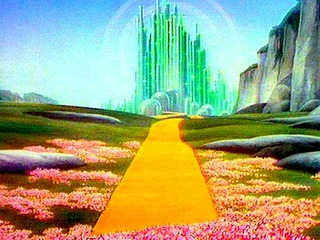 Do you want to come along? I am on my way to impress the great OZ with a brilliantly written query letter (version # 53, to be exact). I’ve been here before. In fact, it was just last week that I marched to the emerald city only to discover the doors strong-armed by guards holding WEAPONS OF MASS REJECTION.

I must better prepare this time. I am fearful, but I double back, lick my wounds, and attempt to gain as much feedback as possible before entering the…

GenealogyBuff.com has added several new obituary collections. The list is below. You can also browse all of the other collections by state from the Library of Files page at http://www.genealogybuff.com/library.htm and clicking on the state you are interested in. You can also choose CANADA and MISCELLANEOUS to see other large data files.

These obituary collections are searchable using the watermarked… Continue

Continuing the discussion about image file formats, you may have noticed
that I put the term "original" in quotes. The reason for that is
simple, what is an "original"? In pre-computer, pre-copy machine days,
the concept of an original was very much an issue. For example, in court
proceedings, we would often get into discussions about whether or not
the original document was being presented in court and whether a copy
could be substituted for the original. Those… Continue

In my previous
post on this subject, I covered some of my experiences with getting
into digital cameras. The point of that discussion was that the file
format used to store digital images depends on the availability of those
formats both from the hardware (the camera or scanner) and the
software. Before I can discuss this further, I need a few definitions.
First of… Continue

Working at “The Shoe”

United Shoe Machinery Corporation was a major employer in Beverly, Massachusetts. The locals called it “The Shoe,” and when it began manufacturing in 1902 it was the largest factory in the world at that time. By World War I it employed over 5,000 workers. Founded in 1899, they produced machines for the shoe industry, and it was one of…

In the past
installments of this series, I have been examining the ownership of
the larger genealogy oriented companies. In this post I examine GenealogyBank.com. Corporate
offices of the GenealogyBank are in Naples, Florida and their
"Operations and Production Facility" is located in Chester, Vermont.
They characterize there… Continue

A recent Blog post by Dick Eastman, "Never
Save Original Photos in JPEG Format!"
got me thinking again about the format for storing digital images. One
of the first issues that came to mind was the limitations imposed by the
camera you select. Many of the consumer… Continue

I have finally found time to write about my recent trip, which featured two intensive genealogy-focused weeks. I returned to a huge backlog of emails and other tasks and then had to firm up the details of my next trip.

First, I want to thank all the wonderful people who hosted me during this…

The International Federation of Library
Associations and Institutions or IFLA characterizes itself as the
"global voice of the library and information profession." The
Genealogical and Local History Section of the IFLA has as its scope:


Our mission is to be a voice for genealogy and local history librarians in the international information community, to…

In Wake of a Following

I rode in the backseat of our 1979 Pontiac Bonneville. The scarlet plush interior cushioned my cheek while the top of my head rested against the rigid window pane. There was a faint smell of peppermint from the hard candy my dad tucked in the pocket of his cheek – melting slowly as he drove the rural highway. On occasion, he’d slip me a piece of…

In pursuit of Kerlin's Well -- a breakthrough 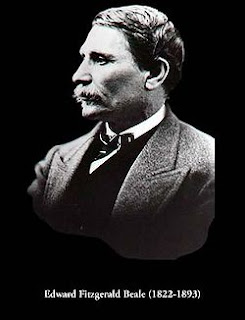 One of the most interesting things about the Internet is the connectivity of people around the world. A couple of
days ago, I was checking voice mail and found a message from Jack Beale
Smith. Mr. Smith is the author of a book on Kerlin's Well. In… Continue

I beleive in came to michigan through Canada - but am not sure.

This article should only be read by those who have a computer....

In November 2008 I joined the first group when upon my return from a nice Sunday car ride I found my computer smoking. I lost everything. Thankfully, just one month earlier I had signed up for an online backup service from which I recovered all of my…