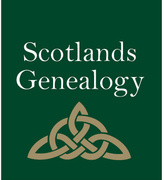 Welcome to ScotlandsGenealogy.This is a group which welcomes inquiries about your Scottish ancestry and heritage. I am Chris Halliday a professional genealogist based in Edinburgh,Scotland. I have professional qualifications in Scottish culture and genealogy. Looking forward to creating an active group to help each other and where I may be able to access records & locations for you here in Scotland.

With only a week to the New Year what do you hope to achieve with your Scottish research in the next 12 months ? Are you visiting Scotland and the home of your ancestors or do you hope to break down…Continue

You need to be a member of Scotlands Genealogy to add comments!

Comment by Kathryn Ellis on March 11, 2013 at 9:04pm
I am researching a few families from Ireland/Scotland, some records vary.
Coburn, Morrow, Halliday, Mathieson, Hillhouse, Norris, Canady, Downing, McMillen and Calhoun.

Does anyone have any questions they would like to ask regarding their Scottish ancestry?

Thank you for the clarifications Chris! :-) I agree with you whole-heartedly that Thomas was most likely born in Scotland of Irish parents. I have never doubted that. I just need to build a solid case ( or completely disprove the notion) for him being born in Scotland since the only clue to such a birth is that 1880 census of his son, John. Everything else, which so far is only the Cincinnati city directories of 1819 and 1825-1830, say he is from England. I think one said United Kingdom. A fact I imagine is only true by way of his travel to America.  I haven't even been able to prove his death date- only that he disappears from the census and directories and leaves his wife alone in the directory. Getting more solid evidence will allow me to actually search there ( Scotland) or turn my focus elsewhere (Ireland, England).

I have read on genealogy.com about the YDNA where there is one haplotype that comes from the Border Reivers area for a particular line of Neelys whose immigrant to the Americas is a Samuel Neely. I don't believe this is my line, but it is interesting.

The point that I am trying to make about Galway/Galloway was this information came from my grandmother  when I was a child in the 70's who was telling me about her husband, Vincent Terrell Neely, Sr. who had died in 1952 and whose family she had disconnected with long before I was born. I am thinking it is possible she made some things up as she was crazier than a bedbug. I have discovered in my research that he was married before and there is no proof of a legitimate marriage to my Grandma. But that is another chapter in the proverbial, great, American novel- probably an entirely different novel. LOL!

I do not dismiss the notion of the Mc/Mac prefix. Nor do I discount the spelling, as I am not sure if any other surname could possible be spelled so many different ways. So far I have found in my research where my family has spelled it Neely, Neeley, Nealy, Niely, Neilly, But that is with later generations when they start marrying into the local creole population on the Gulf Coast. The most recent one I have come across, not related to me, was spelled Neyle.

Thank you for the sites. This is always a work in progress and Neely is most elusive in its origins. I used to wonder if it came from the Uneil people that supposedly began Stone Henge. I also think my imagination gets a little wild sometimes.

Galloway is a district in south west Scotland nearest to Ireland.It comprises the counties of Wigtownshire, and Kirkcudbrightshire. When giving their origin most people would say either one of the counties rather than the district of Galloway. But in Ireland they would probably say Galway.

There are a few published indexes of Scots going to America in the early 19th century,but very few ship passenger lists survive.Often there may be a ship name given but no passenger lists.

Here are two links with information about the surname Neely.There is also the possibility that he was McNeely and dropped the Mc - it does happen. There is a TV sports commentator in Northern Ireland called Jim Neely.

I still think Thomas may have been born in Scotland of Irish parents. I will have a look to see the frequency and distribution of Neely name in Scotland.

Chris, I've been doing some pondering (between dishes and laundry) of our last chat and am wondering how possible it would have been that Galloway (Scotland) was bastardized into Galway (Ireland). I did not realize this until I looked at a county map of Scotland last night that there was such a place as Galloway.

I ponder this because, years ago someone tried to tell me that my 4th great grandfather was named John Neely and married to  an Elizabeth Wigton.  I have yet to be able to prove any of that in over 10 years. Now, I know that you are probably thinking that I am forgetting that Wigton is in England and Wigtown is in Scotland. But this researcher got so many other, more recent  things about my own father wrong that I discounted him. I am still discounting him, but I am thinking that the 1880 census regarding my 3X great grandfather was answered so specifically  ( It stated he was born in Cincinnati; His father born in Scotland; his mother born in Yorkshire) that he personally must have been the one to answer it. (I imagine him outside with his cows as the census worker walks up) So far, the only  Neely of any spelling in Cincinnati, Ohio around 1820 is a Thomas Neely who I have determined was married to a Catherine from Yorkshire. I'd like to think I am on to something but it is still all very circumstantial.

Is there a way to determine what ships would have left great Britain prior to 1810? That is the earliest I have found a Thomas Neely in Cincinnati. I am not having much luck with ancestry.com regarding the ship lists.

Thanks Chris!  Will put the Scot Prison lists away.  As far a families are concerned - was there much movement of families, thus DNA, back and forth across borders??

Thomas is a Welsh surname and he is unlikely to be a Scottish prisoner as the Welsh if they were involved would have been in Cromwell's army on the winning side.

English and Welsh military records are most likely stored at the National Archives London.

Comment by Fred Thomas on March 7, 2012 at 7:16pm
Chris: I have lists of several hundreds of the Scots sent here(USA) after the Battle of Dubar. Am looking for data on Thomas and several others which is stored in Wales.

Thanks for joining.Are you refering to the Battle of Dunbar in 1650 when captured Scots prisoners were transported to America? There are some lists of prisoners that have been published which I will try and source.What is the surname you are interested in?

Comment by Fred Thomas on March 7, 2012 at 5:30pm
Not use to this website yet. So how do I find information generated in Scotland about the Scot Prisoners sent to USA in 1650~?