Where was Dave Butler before 1900?

What is the most widely spoken language in the world, outside of
Chinese? Well, it depends on how and who you count as a native language
speaker. On any list of top languages, Spanish is either number two
behind Chinese or very close to the top. Most estimates put the number
of Spanish speakers in the world at around 329 million. There are
estimated to be over 20 million Spanish speakers in the U.S. alone. See
study by the Summer Institute for Linguistics and other… Continue

Dwell not on negative (writing) 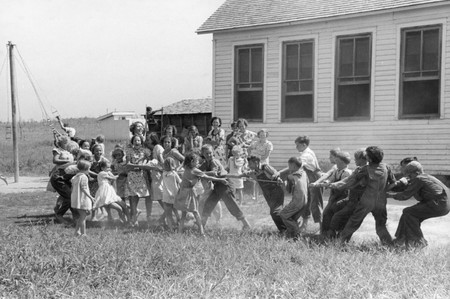 "Let other pens dwell on guilt and misery." - Jane Austen


A heavy fog infiltrated my creative mindset ten days ago. I became discouraged and frustrated. But I was not alone, others felt it too. On Saturday, I followed a hash tag (#writers) on Twitter and found a steady stream of negativity:

How can I delete a group that I started?
Thank you.
Doris

Looking where the light is

Years ago there was a Bazooka Joe comic where Mort was looking around on
the ground under a street light. Bazooka Joe comes up and asks him what
he is looking for. Mort replies that he lost a quarter. "Where did you
lose it?" Over there! "Why are you looking under the light pole? Because
that is where the light is! This last week at the Mesa Regional Family
History Center I ran into this same problem, looking where the light is.
I was helping one of the patrons… Continue

As I was driving past Mount Sumach Cemetery this weekend, I happened to notice a headstone with my last name. I almost didn’t stop, because I could tell from the road that it was a relatively modern stone. However, it was Saturday afternoon and I had time, so I turned around. The stone in question turned . . . → : CONTINUE…

I’ve been toying with the idea of a Footnote subscription for some time and have even taken advantage of their seven-day free trial a few times. I finally decided to go for it. The item I found this morning makes it all worthwhile.

I’ve been researching my ancestor, Walter Ellis, Revolutionary War Veteran, in preparation for a . . . → :…

Hello all lists, trying to find how i go about looking for deaths details on my Family in Germany (Mulheim an der Ruhr) Lebensorte,Family name is Giesen (giese) ,Many Thanks Albertus.

Death certificates can contain very interesting causes of death, or the “usual” causes of death such as heart disease and cancer. I discovered two certificates for my husband’s
Italian side that caused quite a stir in the family when I revealed how
these men died.

First we have Fortunato Fratto. Fortunato was born about 1854 in Taverna, Italy. He immigrated to the United States 21 November 1890 and set his…

Upon hearing of the overthrow of the Kingdom of Hawaii, Princess Ka’iulani left England for the United States. They landed at New York City. On March 4, 1893, the day before Grover Cleveland’s inauguration as President, the seventeen year old Princess Ka’iulani and her…

Note: I am a lawyer in Arizona but nothing I say here should be taken as
legal advice particularly about any specific legal issue or problem. If
you need legal advice, please consult a lawyer in the jurisdiction
where you live. I haven't been on TV for many years, but when I was, I
was on TV as a lawyer.

In a recent post John Newmark of TransylvanianDutch
raised a… Continue

My g-g-grandmother’s name was Barbara Baxter. I have very little information about her.

More than a name

In a recent class at the Mesa Regional Family History Center, I had a
class member ask about one of her ancestors. She indicated that they had
been searching for his parents for a number of years. The first
question I asked was the geographic location of where they were looking?
She answered about a county in an Eastern state. I began a search for
the towns in the county as she continued to give me more information. As
the search progressed, she mentioned more than… Continue

For a good part of my life, I had a tin cracker box filled with old letters. Most of these were letters sent to me by old 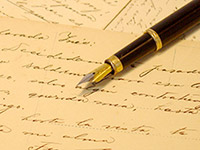 boyfriends, away at college or otherwise separated from me and declaring their affections. There were also some letters from friends off on a big adventure somewhere and I found them so well written, the details of their experiences so juicy that I chose to save them. There were a few letters from one of my parents who…