Spring Seminar in Chula Vista, CA Come join us out of the colder area of world. 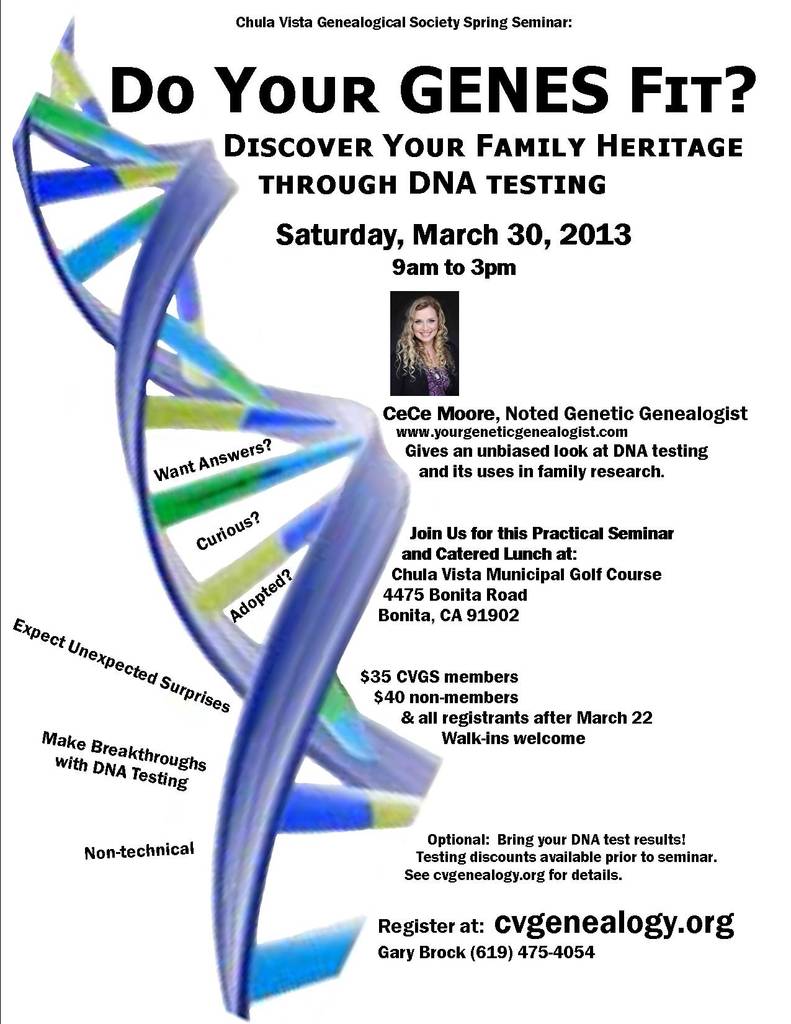 AncestryDNA Test Provides An Affordable, Easy Way to Learn About Your Past and Family

I would like to hear from anyone with a match or near match to my paternal DNA R-L513. Sincerely, Robert Walter Goodwin

If anyone's mtDNA haplogroup is H1a1, I would like to hear from you. Sincerely, Bob Goodwin

I'm looking for family of the Washington,Rice and Varn . My great great grandmother name was Charity Varn from South Carolina,she got married to Jonas Rice and had my great grand mother Fannie Rice,whom she later married Richard Washington.

I am brand new to this website and so am a little confused about who is responsible for the group called "Fayetteville Families".  I have researched the Lewis Barge family from Fayetteville for many years, but have never before seen the claim that Lewis Barge's second wife, Christiana, was Christiana "Schaumberger".  Many, many descendants have spent much time trying to determine her maident name, only to hit a dead end.  Even Oliver Weaver, who wrote an excellent book about the Barges,…

I am researching family who emigrated to Iowa, USA. My G Grandfather, Charles, returned to England around 1895, but others stayed. I have some census information, but would like to hear from anyone who can help or is researching the same line.

I am looking for "A needle in a haystack" ~ William J. STEPHENS.

* MyHeritage has launched a special campaign offering deep discounts on DNA tests to mark the first anniversary of the availability of DNA tests on MyHeritage. These tests are offered in partnership with Family Tree DNA. This is part of a giant DNA saleorganized by MyHeritage simultaneously across all its websites - MyHeritage.com, Geni.com and…
Continue

Urls relating to Searching for Societies- Historical and Genealogical

I am posting  here some of the Urls shared during my hour + talk at the Lemon Grove Library to assist researchers.

#2 worldgenweb.org covers Europe and Asia and the link for Mexico was not working last night;

#3 familysearch.org  which has improved their sources tremendously in the last four years

The above family names are some of the ones I am researching.  I would love to hear from anyone researching them.

I have been searching for this fellow but with such a common name and not knowing what the "M" stands for I have encountered few results.  I also do not know his DOB but would guess his age 65+.  In 1973/74 possibly longer, he worked in Puerto Rico outside San Juan at a tobacco plant that I think is/was owned by R J Reynolds or subsidiary out of NC.

He was divorced with 2 kids named Diane and Scott. They are surely grown with kids of their own by now.  I did post…

strange happenings with the family.

My name is Alfred Read I have lived in Australia for almost 60 years having previously lived in Hull Yorkshire. Recently my elder sister asked if I could research the forebears, Oh what a tangled web we weave...

I know Grandfather, also Alfred Read was married three times, who I thought was Grandmother, was wife number three, having married Grandfather in 1925,my father George Alfred was born 1902,my dilemma is trying… 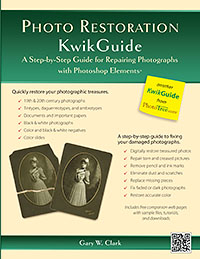 So those of you who read my blog posts on the extremely rare occasion that I post them probably know that my great grandma and grandpa Boone were supposed to have something shipped over on the Titanic but for whatever reason wasn't which prompted a family trip to Belgium. Well recently I was doing some reading on the Titanic and I discovered that there were HOYT's on board the ship! William Fisher Hoyt and Frederick Hoyt and his wife. As far as I can tell William and Frederick are distant…

Texas - Trails To The Past Updates for January 2013.

For the month of January 2013 we had 79 visitors to the state page.

Additions and Updates to the state site are:

The Texas home page ( ultimately the county pages) at TTTP has moved from the rootsweb.com server to the parent server for TTTP. Please see the link for Texas below.