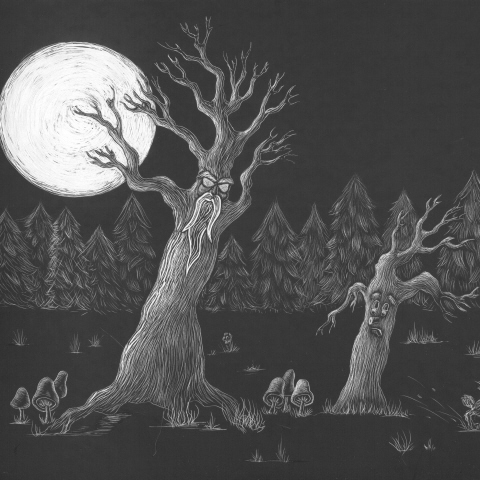 Who knows about copyright laws?

I'd love to share all my findings and not have to email them over and over again everytime I find a new cousin. There are sites like myheritage.com, geni.com, dynastree.com... If you started a tree…Continue

Tree-Chicago/Polish has not received any gifts yet

Welcome to an Obsessed Genealogist's page!

What countries and other locations are you interested in researching?
Chicago, Illinois & Poland, mostly West Prussia aka Posen or Poznan. Parishes I've searched so far are: Lubasz, Rosko, Wielen, Sierakow, Drzycim, Topolno, Kcynia, Smogulec, Goscieszyn. And in Chicago I have on permanent loan all the St. Stanislaus Kostka films and the St. Hedwig and one St. Josaphat

For what reason did you start genealogy research?
I've always had an interest in it

Do you have a genealogy website or blog?
http://members.cox.net/treesroots/tree/index.html

Other websites with my genealogy

Blog about my brickwalls:
http://obsessedgenealogist.blogspot.com/

"I just found an old post of yours from 2010 about unknown Pauline married to a Von Hacht.  I am looking for information on Pauline Tetreault who's married name was Von Hacht.  Would like to share info."
I just saw this while using Bing and you posted it Aug 25. So sorry. My daughter's grandmother's name was Pauline and she married Maurice vonHacht (everyone in the family uses a different spelling and change the spelling through time). They had one son, Kevin Lewis vonHacht. Pauline died from liver disease when Kevin was very young, maybe 5 yrs old, he is now 48, or close to it. Maurice is still alive. Pauline lived in Acushnet, Bristol, Massachusetts bef she died and it appears she died in a hospital in Boston, Mass. I remember Maurice visiting a woman in Acushnet, maybe his sister. I forget her name and I believe she has died within the last 5 yrs and it is the only person Kevin visited during his adulthood so there may not be any other family members.
The family story is they fleed Germany when Hitler was growing stronger, fled to Cheksevakia (sp) until Hitler also took that over and then they went to (France) bef coming to America. I don't know how they could have afforded to flew as often and far as they did. I will assume this was Maurice's parents, if not, then his grandparents.
I am still also stuck on Pauline and the vonHacht tree. There is no family to speak to. Kevin isn't the friendliest person to his daughter.
Sincerely,
Spirit

Thank you!  I will look there under that line.

My family name is Bzduch and we are from Poland (may also have a connection to Russia just have not verified yet).  I have met some Bzduch's from Slovakia searching for my family.  My grandfather had many addresses in an old ledger that he kept but I do not know who they all are or why he wrote to them.  At one point I understand he tried to make contact with Bzduch's in Chicago and that seemed to be the location of where I understand Bzduch's from Slovakia went.  I would love to exchange info.

Louise A. Pattyn (Bartnicki) said…
The Joseph Bartnicki in the last obituary is related to us. He is the brother to my husband's grandfather Felix Bartnicki. I was trying to decipher the relations with Mike Bartnicki the son of Joseph. It says in the obit that his wife's name is Lynn but in your first paragraph you mentioned his wife was Connie????
Walenty is also referred to as Walenti and Valentine in some records. His wife was Rose or Rozalia.
I have pictures of Walenty on geni. Take a look again at Geni with the search bar and put in his name. I am not sure what spelling I ahve on it. Talk soon.
LuAnne

Karen Hefley Prokop said…
My husband's grandmother was Katerina Mikulka, her father was Stefan b. 1865 d. 1946, her mother was Elizabeth Polak and her siblings were Apolena & Stefan. Her father came to the US I believe, after the death of Elizabeth (which was shortly after the birth of Apolena in 1912). Katerina and her siblings didn't follow him until about 1920. They pretty much settled in Callender, IA. I really do not have much more on them yet.

Dave Glogowski said…
Thanks. I'll check it out once I get back home. Over the Thanksgiving holiday, I received photo copies of 3 family Bibles with birth, baptism, confirmation, marriage, and death for several branches in my family. So I've got some homework to do.