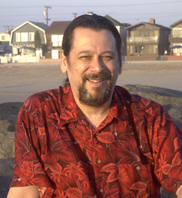 Douglas Noblehorse has not received any gifts yet

What countries and other locations are you interested in researching?
Ireland, Scotland, England, Holland, Germany, Austria

For what reason did you start genealogy research?
My children couldn't keep my family straight...

Do you have a genealogy website or blog?
http://noblehorseforest.blogspot.com

John C. "JC" Snodgrass said…
Greetings Douglas Noblehorse from the Snodgrass mad house of Genealogy. If there is any help in finding your roots in family, let me know I should be able to help you out.