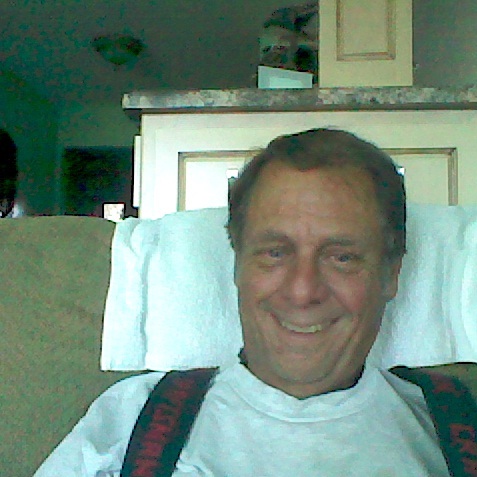 Clayton L. Soules has not received any gifts yet

What surnames are you interested in researching?
Soules/Soule/Soul/Sowl etc.

What countries and other locations are you interested in researching?
,Northern Europe, esp. France, The Netherlands, Belgium, The Basque Region

If you are a genealogy expert, what are your specialties?
,

For what reason did you start genealogy research?
To fill in the geneologic line from myself to George "The Pilgrim" Soule, and to determine his roots and where he came from.

I think maybe we chatted briefly once on Soule Kindred - not sure. But I have a question for you.  I find your family history on the origins of George Soule.  It sounds so plausible - especially after all the dead ends researchers are running into.  Question does your family have any kind of written history in a family Bible?  When I was brand new at this I would copy snippets here and there and I recently discoverd part of a discussion that I copied with no source. Part of it backs up your theory and p-art is in error as to whom George was indentured to. THIS IS THE STATEMENT:

"I must disagree. I am a Soule and our family history, "supported" by our family bible says otherwise. Goerge was born in Soule, Pays Basque. He emmigrated to England and eventually became the endentured servant of the captain of the Mayflower - Christopher Jones. Once they reached America he was freed from his endenture. He was of the 50% that survived the first winter and went on to father 9 children with his wife Mary."

Thank you so very much for your  prompt response to my inquiry regarding John L. Soule.  I, too, have seen the same names you have and believe they are "suspect."

It is my belief the "Hannah" is a daughter as I have seen several history books reference "Hannah" daughter of Mr. and Mrs.  John L. Soule.

It also appears to me that the "Harriett" often cited may be a wife whom he married late in life may have had boys from previous marriage.  She is listed in his Will  dated December 25, 1849 ,  giving equal portions to:

"Harriot Adeline SOULE plus $50  for the education of her boys, one straw bed and bedding"  The other names are his children: Mary Jane Codgins, Maria Beavers, James Jackson Soule, Malicia Elizabeth Weston Havin, Clarissa Lucinda Soule" and then "To Hannah Ann Randle - $10"

Hannah  Ann Randle is my gg grandmother.  I have found birth marriage and death  records for all the children except Harrriet who I believe may have been born in Indiana 4 July 1819.  It appears to me that Hannah was born about 1825, married James Jacob Randall, 27 Aug 1848 in Baraboo, Wisconsin. and died in Haddam, Kansas,  6 Oct. 1886 .  She  is buried next to "Henrietta W. Smith" who is listed in the 1880 US Census as "mother-in-law" to Hannah's husband James Jacob Randall.

I really appreciate your response and thoughts and the above information may be of some interest to a fellow Soule.

We need more men to do a Y-DNA test......in particular men descended from the European family of van Souldt/Solt/etc.   Only the Y-DNA test will do since we are working with surnames that are similar.   The autosomal tests may or may not pertain, and you absolutely have to have lineages worked out to be certain, which would be about 12-15 generations for both men......and have autosomal matches of at least 9 cM [that's centi-Morgans], 12 cM is even better.   Such matches probably will not occur when there are 12+ generations involved.....do the math: decreasing the percentage matches by 50% each generation.....
So a Y-DNA test is best as the whole Y-chromosome is transferred each generation.   So do the math:  100% each generation!!  with no reductions....
Louise