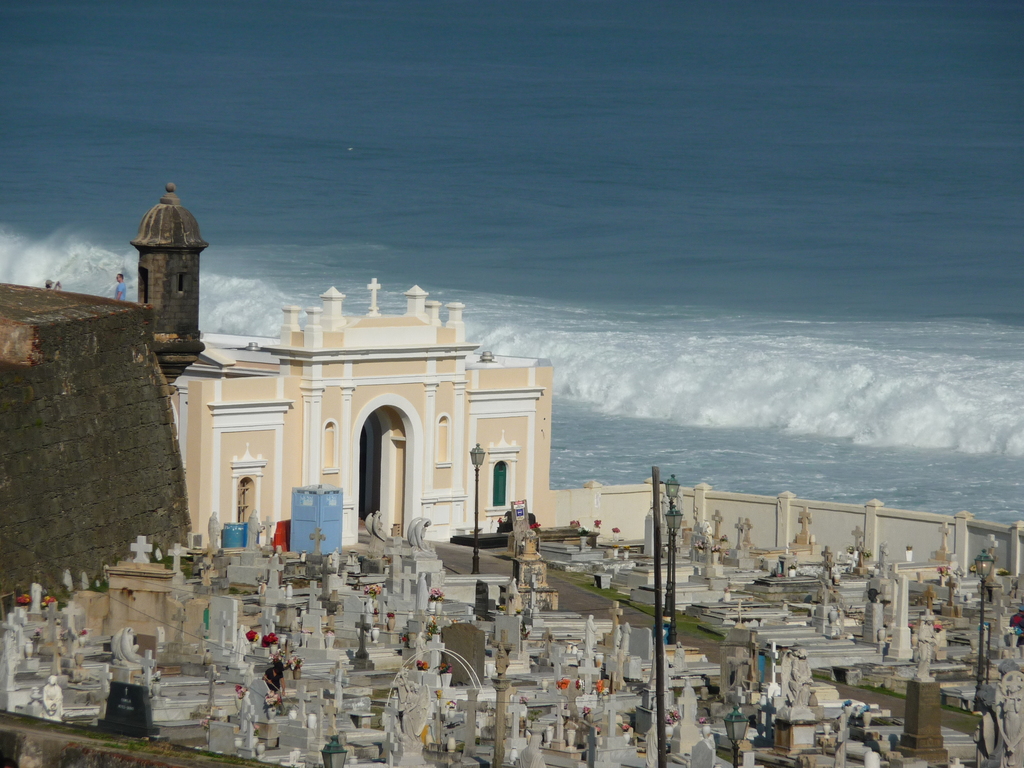 A few months ago we took a vacation to Puerto Rico. It's the perfect place to explore early American Colonial History. San Juan was founded in 1521, and the explorer Ponce de Leon was one of its early governors. You can visit the walled city, its half dozen fortresses, and even Ponce de Leon's house. The narrow streets of Old San Juan are perfect for exploring by foot, and there is even a "Duck Tour" so you can have a guided trip inside the city and view the walls from the harbor.

El Morro is a Spanish Colonial era fortress built between 1539 and the mid 19th century. The Santa Barbara Bastion (an old tower) was first built in 1539, and the rest followed. There is also a gun turret on top that dates from the Spanish American War, and a lookout from WWI or WWII added by the Americans. A lighthouse was also added to the top of El Morro in 1908, so it is very much a working fortress, and part of lots of Puerto Rican History.

I noticed that most of the cemeteries in greater San Juan seemed to be locked, which is unusual for me. Here in New England the only cemetery I can recall being locked from visitors is the Hawes Burial Ground in South Boston. Perhaps this is common in urban areas. I would have loved to explore the headstones and the area, but you can see the headstones via www.findagrave.com . You can see the ocean just beyond the wall s of the city. Most cruise tourists don’t notice this cemetery as they pass by the fortress at the entrance to San Juan Harbor.