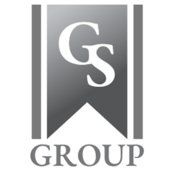 2 Seperate Martin Brick Walls 1 line ends in France, the other in Missouri

You need to be a member of Martin Family Genealogy to add comments!

Comment by Fran Ellsworth on October 31, 2011 at 6:59pm
My Martin family begins with Tarlton Martin who married Mary Walton in Washington County, VA.  I know most of their children, and that Tarlton died in Warren County, MO.  Have not figured out his parents or where Mary died.

Comment by Melissa Malin on September 15, 2011 at 1:10pm
Just to report back...I was able to obtain more information on my line and actually found some living ancestors that I will be meeting next year at my wedding.  Has been an amazing journey researching this line!

Welcome to the group! Can you explain what the patent of Long Johns was? Also if you could provide your grandmother's name, birth date/place, etc. then there might be those here who could give you some leads.

I am researching my Martin family line.  Unfortunately, My grandmother died at a very young age and nothing of her family history was preserved.  I have only a few facts to go.  First, her family was involved in the patent of Long Johns, also she originated from Boston.  If anyone has any leads that may be able to help me, I would appreciate the info.  I am really stuck at this point with guessing her family members names, at least until the 1940's census.

I am trying to look for info on John Pigg Martin b. april 23, 1777 , Henry County, Virginia  d. July 2, 1867 in Smith County, Misssissppi.   Looking for his parents!  That would solve a huge mystery in my Martin lineage.     Are you a distant cousin???!!   Do you have any info on these Martins?    Thanks   i always KNEW Martin's were special people

Their son, David Martin (24 Oct 1745-19 Apr 1805) is said to be the executor of his father's will.  If at all possible, I need to obtain a copy of that will, or at least the parts that show his heirs.  David was born in Cumberland Co., PA and died in Fairfield Co., OH.  He was married first to Grizella McMeen (1748-1780) with whom he had three children.  She was born in and died in Cumberland Co., PA.  I would also be interested, if possible, in obtaining a copy of David's will if there was one.  David was also a veteran of the American Revolutionary War with his service being with Capt. Hugh McAlister's Co.

Also, I need to prove the connection between David and his son, William (11 May 1772-6 Nov 1852).  William was born in Fermanagh, Cumberland Co., PA and died in Carroll Co., IN.  He was married to Phoebe Larimer (15 Jun 1766-15 Jun 1836).  She was born in Cocolamus and died in Carroll Co., IN, too.  It may be possible that this connection may be in spelled out in the will of the elder William, above.  The younger William fought in the War of 1812 as a Lieutenant in Capt. William Sumner's Co.

Any help from fellow Martin researchers would be appreciated!

Betty, I'm still gathering connections with Joseph and John Martin.  Still supposing Joseph is father to Thomas T, Wm Moon, James, John and others.  Was wondering if you can share what and how you think Robert is related and about the Joseph B you mention?   Did any of your Martin family have DNA done?  If not, is there anyone descending from the Martin line that would have it done?  What can you tell me about the John Martin of Wilson Co?  We think he could be Joseph's father but need more dots to connect them...

Also, Marianna Isgrig: Tell me about your John Martin too.  There are so many John Martins that we need to be certain that we eliminate those NOT in our line.

Some of the Martins went to Ky, then to Tn, then to Ga and Al, then Ark and Tx Some went from Ky to Ohio to Missouri... Who knows which were where and when?  Hopefully, we leave a far more clear trail when we go.

Comment by marianna isgrig on December 28, 2010 at 11:05am
Hello, I am new to researching ancestry so any suggestions will be well recieved and appreciated! I am looking for information on Ida Lee Martin born in Maries co, Missouri. She was at least 1/2 cherokee. Her parents William Clayton Martin and Lydia Ann Carnes. William's father was John Martin born in NC about 1817. I believe that they came to Missouri in early 1830's from NC by way of Tennessee. Not sure how long they were in Tn or what area. Also not sure what area of NC they came from. I have a little more information to share if this is sounding familiar to anyone.

Comment by John M Neibel on November 30, 2010 at 1:40pm
Question for the Group: Sampson Martin SR was born in 1805 in spartenburg,SC and his children were James Knox Polk Martin,Sampson Martin JR, Mary Martin, Catherine Martin, Jane Martin Telitha Martin and Finaly Elizabeth Martin. Do these connect to any other trees out there. I have gone as far as i can with the Martins side and need help.
James Knox Polk Martin B 07-12-1843 in Waren TN -D 12-29-1922 in Whitley KY was my moms Great Grandfather.


I have records indicating that James Knox Polk Martin was married to Silvana Lovitt 10-12-1865 But again this is where the information stops. anyone??? 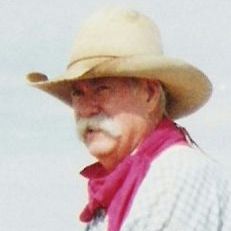