I'm trying to find out who this ancestor's parents were.  He was born in Germany in 1841 but have no idea where. He arrived in the U.S. in 1848. I have a lot of data/documentation regarding his life in this country but none of this indicates who his parents were or where he was born.

I guess you've already looked for Naturalization or Intention to become a citizen records and found nothing for his parents.

1850 Census should find them listed first, and then names of other children might give a clue.  Did the parents settle in Wisconsin? If not, where? There are many German Historical Societies there and Pennsylvania.

Did the parents go to the gold rush?

My great-great was in the 1848 Rebellion aka Bonn Rebellion Students Rebellion and Karl Schurz Rebellion and came to "Amerika" because of his particpation in that. Many men fled Germany at that time.

I'm guessing they were Lutherans. Church records in the city where they settled may have some information, too.

Have you looked at Familysearch.org to find them?

Lots of Beckmans in Prussia these days.

Yes, I check with FamilySearch, MyHeritage, Fold3, etc. on a regular basis.  I've been looking for at least eight years.

Thanks.  I have his Naturalization and Intention records - nothing about his parents or where in Germany he was born.  He settled in Illinois.

Where did they settle? Ohio has a large German population, as well as Texas, and Michigan.  Do you have baptism records?  I found my great-grandparents village of origin in the baptism records of their children.  They were Roman Catholic and in Latin on the record it says "ex loco", which means "from the place" and then gives the village name.  I agree about FamSrch - they have German marriage, and baptism records going back hundreds of years. Try putting his name in with his birth year and see what pops up.  FamSrch will show all name variants, but you still may have to play around a bit.  I found 5 birth/baptism records for his name or something similar (2 were RC and 3 were Evangelische or Protestant).  Also, remember that in Germany, particularly if they were Roman Catholic a child had a "church" name (usually the first name), and then a middle name, which was actually the name he/she were called by.  When he got to the U.S. his family might have dropped one of the names.  When my greatgrandfather, Johan Gerhard Booms, arrived in the U.S. he went by Johan Gerhard, then Gerhard, then just John, and finally John Henry on his death certificate (which is actually a mistake.  He dropped the Gerhard pretty quickly because I think it was hard to pronounce.

Thanks for responding.  He settled in Illinois. I've been able to track him with his Americanized name, Fredrick William Beckman.  I have not been able to find any baptism or birth records.  All I have been able to determine by his U.S. records is that he was from "Prussia" or "Germany". I believe he was Lutheran 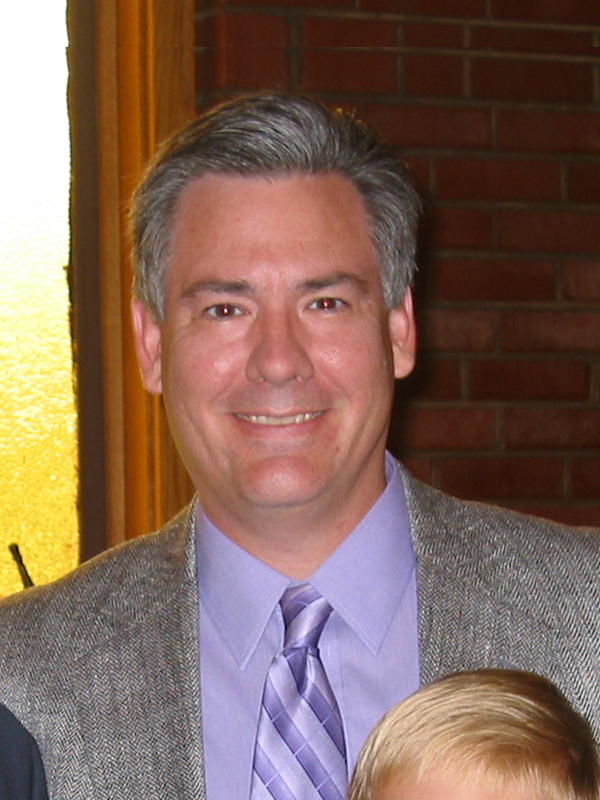 Where in Illinois did he settle?  I'm from Illinois and have numerous German ancestors who settled in the state.  Have you found them in church records?  That is where I've had the most luck tracking the families back to Germany.  When did your ancestor die, have you seen the church funeral record?  I've found the funeral record of the church actually often reads like an obit listing where they came from, when, even marriages.  I'd be happy to help you with this, don't hesitate to contact me directly.

Thanks for your response; you give me hope!  Frederick William Beckman (Friedrich Wilhelm Beckmann) settled in Nashville, Washington, Illinois, then moved to Denver CO sometime between 1880 and 1890). He died there in 1903. He was Lutheran, I believe, but have not checked church funeral records.

He served as a private in the Civil War, 10th Regiment, Missouri Infrantry, company E

I have some information leading me to believe that he had a brother, Henrich Louis Beckmann who also lived in Nashville.  I think he was born in 1839.

I know you said you looked on Family Search but is this the information you found? What I have here is based on his mothers name. Stettin is the city, it is now known as Szczecin, Poland. I hope this is what you are looking for.

Thank you for your response and for your research.  He is in FamilySearch under his Americanized name, Frederick William Beckman. I have a lot of information on him from the time he arrived in the U.S. He might be one in the same. I will investigate the Friedrich Wilhelm Beckmann you sent me.