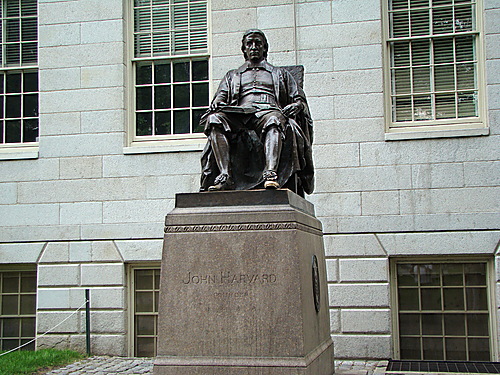 A few years ago Philadelphia began a campaign to stop tour guides from telling myths and to start studying history before beginning their jobs. They plan to certify each guide with an exam, and fine them for leading tours without this certificate. Philadelphia is the city where the Betsy Ross House is a top attraction, and there is no evidence that she ever even sewed a flag. In my opinion, a certificate should not be required by law, but I would choose take a tour with certified guides over one without certification. Just like hiring a genealogist- would I hire one with certification over one without?

I like to do research in Boston and Salem, Massachusetts. As I walk from library to library, I often hear the tour guides on busses or in the famous “Duck Boats” blathering on about history. Sometimes I am shocked at the lies they repeat, and how the tourists just sit and absorb it all! Entertainment rules over education on these tours. Quack quack! Here are samplings of things I have actually overheard:

Truth- This is a statue of Roger Conant, governor of the Massachusetts Bay Colony, and he died in 1679- thirteen years before the witch trials. Perhaps his hat is the problem? And by the way, no one was burned at the stake in Salem.

Tour guides here repeat the myth that the Pilgrim’s November Thanksgiving feast was about religion. If it was a religious celebration they never would have invited the Indians, and they wouldn’t have had food and games. What we know of as Thanksgiving was actually “Harvest Home” a secular English tradition every fall. Actual Puritan thanksgiving days [not capitalized, not holidays] were days of fasting and praying throughout the year, not just in November.

This is John Harvard’s statue in Harvard Yard at Harvard University.

Myth #1- This is not the founder, he was the first Harvard benefactor.

Myth #3- Never, ever kiss the shoe, no matter what the Harvard student tour guides tell you (They’ll say it’s for good luck before exams) Judging by the shiny shoe, many tourists and Freshmen fall for this. I can’t tell you what Harvard students do to this shoe and statue, it’s too disgusting to repeat here. Tourists continue to rub or kiss the shiny shoe, whilst the students snigger in delight.

The Battle of Bunker Hill actually happened on Breed’s Hill, which was bulldozed long ago to fill in Boston Harbor. So forget the blow by blow battle descriptions by the tour guides as they stand on Bunker Hill. They’re not in right neighborhood.

The tour guides will tell you that Mother Goose and Benjamin Franklin are buried in the Granary Burial Ground. There is a grave marked “Elizabeth Goose”, and a memorial raised by the Franklin family to their parents- Josiah and Abiah Franklin. Ben Franklin is buried in Philadelphia.

Even though it sounds like a good theory, the wandering one-way streets did not start as cow paths. It was just a lack of urban planning in the early days that made the streets so crooked. By the time Back Bay was built, urban planning had progressed.

The Boston Massacre was not. Only five people died, and it was more like a street riot. The revolutionaries used the event as a good chance for propaganda.

Don’t even get me started on Paul Revere myths- there isn’t enough room in this blog!