John William Harden born in Oklahoma April 28, 1883. Last record 1920 census township 16 Jackson Louisiana. Married Aug 28, 1918 to Jessie Emma Stewart. Two children Anna Beth and Billie Maurice. John left the family by train heading north from LA. He referred to his mother on marriage document as Mrs. Henry Brooks. She possibly married Brooks after his father died when he was around 7. His father possibly had the same name....John William Harden/in/ing.

Looking for my Grandfather.

Comment by BillieBee on July 29, 2010 at 10:35pm
I have all the information for Jessie. John left on a train in 1921 maybe toward Mississippi

Comment by BillieBee on December 28, 2009 at 12:14pm
Elvandra...I've tried to post before, but I don't see it. Blogs just confuse me....grin. Thanks for your research. I do have his WWI Draft Card information. Thanks so much for your help. My Grandfather left when Mom was 6 months old. She's now 89. No trail of him sense. I find lots of John Hardens, but no way to know if it's the right one.

Comment by Elyandra Waverider on December 25, 2009 at 12:02am
Here is the World War I Draft Record of John William Harden. I am still looking for anything on his parents or the parents of Jessie. I did not see a listing for him in 1930, do you know when he left the family by train? 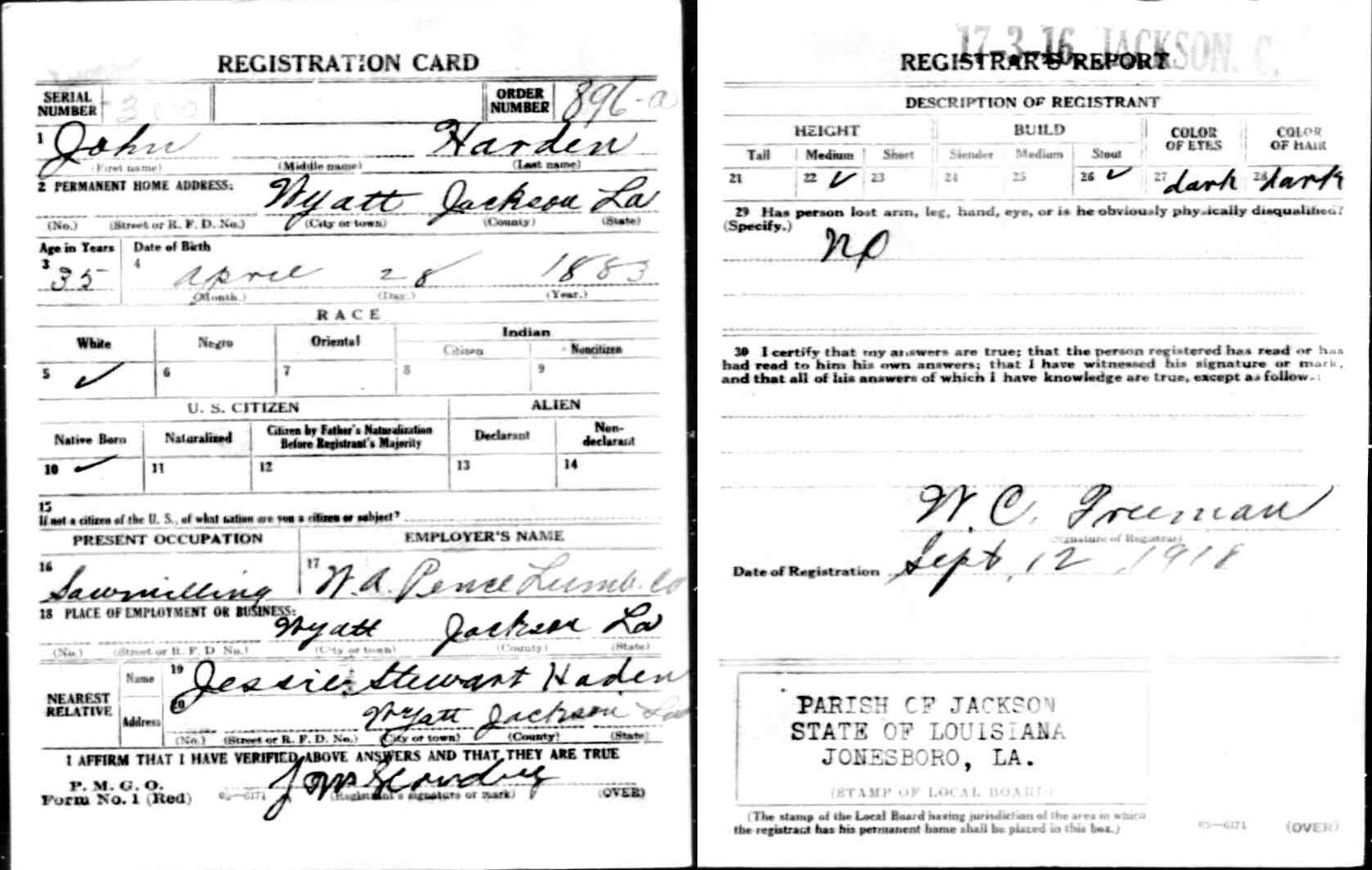 I looked and had hard time finding anything on him I did find the 1920 Census record you mentioned and transcribed it:

Transcription of 1920 United States Federal Census for household of John W. and Jessie HARDEN
Surnames Listed in Household: HARDEN
Names of individuals in household are as follows:

End of Transcription of 1920 United States Federal Census for household of John W. and Jessie HARDEN