I skimmed through the 32 pages of this group and did not see the question I am going to ask.  So here goes.  I have an ancestor named Samuel S Patton who was in the Civil War - Union - from Indiana.  He was in Company K 155th IND infantry.  I have his Civil War Pension file from NARA and it was extremely informative.  He is not my question.  My question is about his uncle,  also named Samuel S Patton,  but this Sam lived in Kansas.  The Kansas Samuel served in Company K, 10th regiment of the Kansas State Militia.  Since he was not in the federal troops where do I find more information about him?  I don' t think his info will be at NARA.  Also I believe he was at the battle protecting the union from Price's Raid.  I would like to know more about that and anything else Company K 10th Regiment of the Kansas State Militia was involved in. 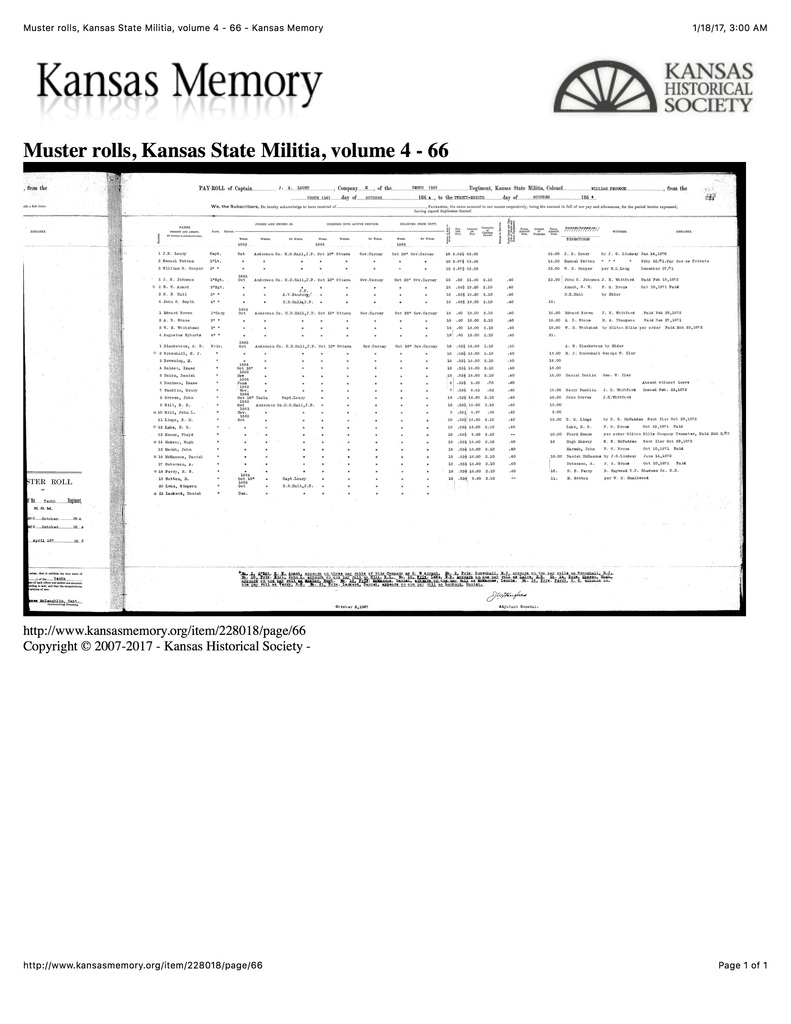