Anyone with the last name Pickle.

You need to be a member of Pickle Family Genealogy to add comments!

Comment by Judy Week on August 15, 2009 at 9:56am
I have been helping one of my cousins research his Pickle line. I have also seen the name spelled Pickel.

Marriage #3 Fred Otto Ingwersen bef. 1915 in IA? I found the couple on the 1915 IA State census living in Waterloo, Blackhawk Co., IA with her two children by Dyer.

Fred & Carrie did not have children. The trail ends with the 1920 census. Fred & Carrie were living Dubuque City (Ward1), Dubuque Co., IA.

My cousin said that various relatives stated that Carrie attended her mother's funeral in 1932 in Blue Earth Co., MN. The relatives had no other info re Carrie.

My cousin obtained some family info from his grandfather & other Pickle relatives.

I have more info re this family, including Gabriel's Civil War record and obituary. 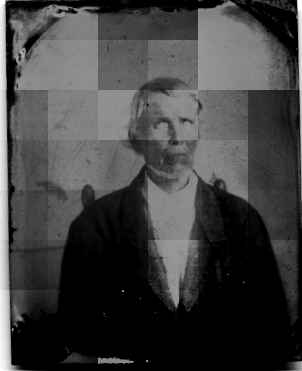 The Pickle file on my website is a couple years old. Here a tintype of a man that may be Jacob Pickle Sr.

Comment by Cindy Johnston Sorley on July 8, 2009 at 7:16pm
Greg, Glad you could join. This is such a new group and I thought you would fit perfect into it. I added the graph of the Pickle until you got here to decide who to put up as a photo or to add a crest if you have one. The pickle was for fun. I cannot open your document on my laptop because I don't have word on it but I will open it up on my PC later.. Great to have you here.

Comment by Cindy Johnston Sorley on July 8, 2009 at 6:28pm
Most of the Pickle Line I am researching is from Monroe County, Mississippi and Lamar or Fayette Counties Alabama.

Comment by Cindy Johnston Sorley on July 8, 2009 at 1:08pm
I was hired to do work on the Camp family and ran across the name Pickle so many times I got fascinated with the line.