You need to be a member of Ellis Island-Passenger Lists and Ships to add comments!

Comment by Karen Jayne Worth Carter on September 16, 2009 at 2:55pm
My Irish ancestors the Lawlor family from county Kerry and my Harrington ancestors from county Cork passed through Ellis Island as did my Italian ancestors the Brescia and Frazzano families all settling and raising several generations in Malden Massachusetts to this day.

Comment by Ron D Munro on July 25, 2009 at 4:34am
I have some missing Munro's from Scotland. David Alexander Stevenson MUNRO and his brother Dr. Thomas Murray MUNRO were on a farm in Wester Muir Dean NW of Kelso Scotland in the 1881 SCT Census. All Census returns after that there is no trace that I could find of them? Did they go to USA or Canada??

Comment by Unknown Ancestor on July 19, 2009 at 7:23am
Who do you mean by "they"?
The ship's officer who created the passenger manifest before the vessel left the old country?
The WPA indexer who helped create the first major index?
The indexer who volunteered to create the database currently online at ellisisland.org?
The census taker who jotted down immigration clues in the 1900s?
The naturalization clerk who created the Certificate of Arrival?
The family member or ?

Comment by Jill Hurley on July 19, 2009 at 12:46am
it took me MANY years to find my great grandmother in the Ellis Island records...because they had her down as a male with her name spelled completely wrong. 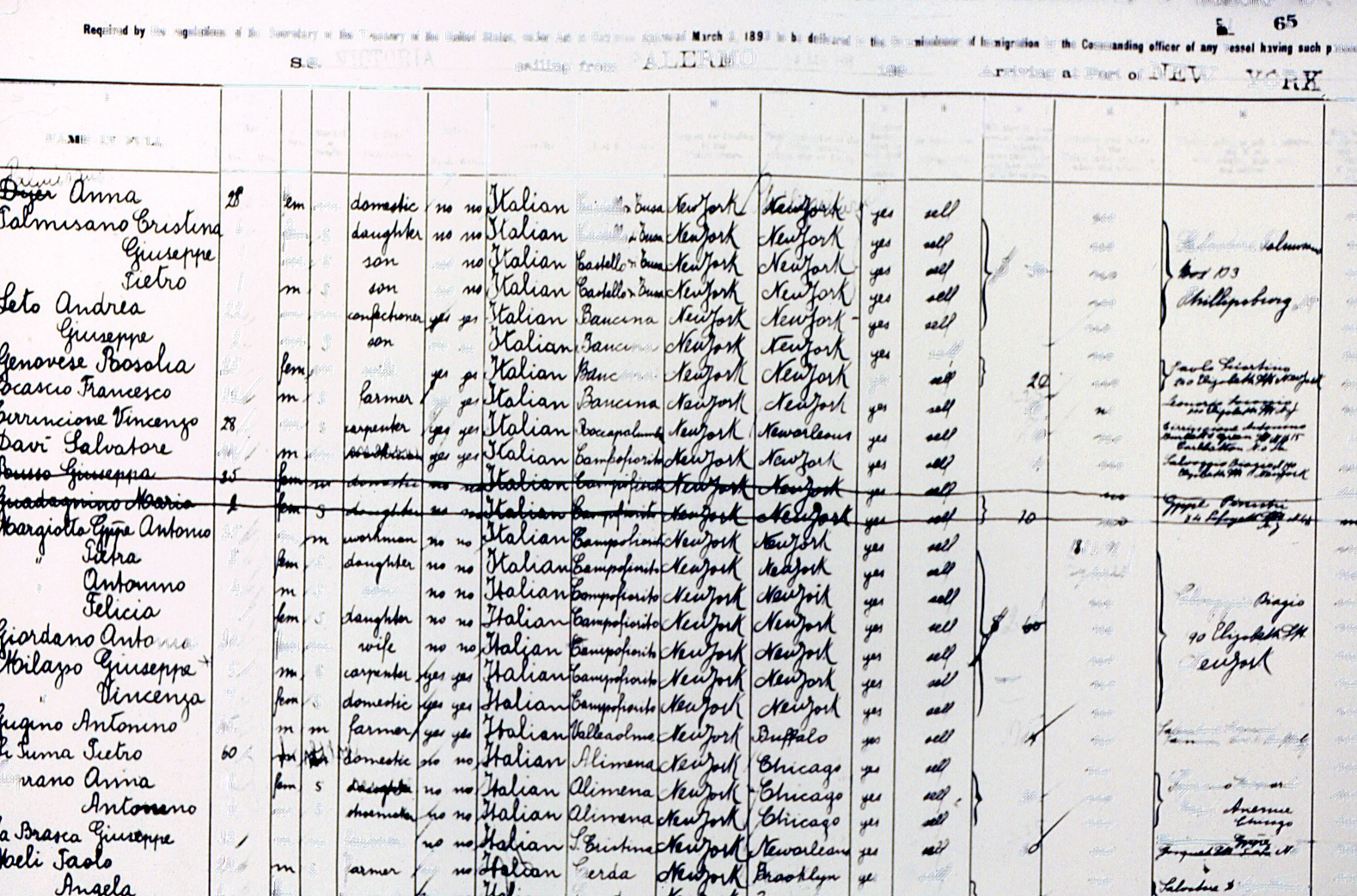 One of the remarkable points about the New York passenger arrivals records is the number of people who literally "missed the boat".
In a random sampling of manifests it was discovered that between 4% and 10% of all names were lined out. In order of frequency, these are the usual reasons:

Literally missing the boat no doubt meant delays in getting to the port of departure, using more funds than anticipated, waiting for exit papers, hoping for an illness to end, or perhaps a change of heart. Others could not board because the vessel was already full, or the quota for the month was full. In all such cases, when legible, the data was extracted and researchers will also want to search the database for a later arrival.

Comment by Unknown Ancestor on July 15, 2009 at 3:47am
First you determine if your ancestor arrived in the Port of New York between 1892 and 1924. Those are the years automated by the LDS indexing program and donated to Ellis Island.

BTW: Some passengers, especially in First Class and Second Class, never physically visited the Island. Others never did because Ei was closed for different periods due to fires and such.
Good luck...

Comment by Pamela Ann Hall II on July 13, 2009 at 11:38pm
How do you go about finding whether your ancestor's came to Ellis Island or not?