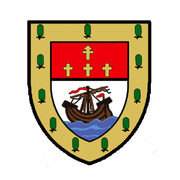 For those interested in researching ancestors from County Mayo, Ireland.

Mayo Ancestors: The official genealogy records for county Mayo. This site has County Mayo Birth, Marriage, and Death records from ca. 1850-1900. Pay as you go. A very useful resource. http://mayoancestors.com/

The Ireland Placenames database: this site is very useful for finding out information about an Irish location, and for trying to figure out which townland name is the right one http://www.logainm.ie/

You need to be a member of County Mayo, Ireland to add comments!

Katie - I completely understand what you mean about working on someone else's 'problems'.  Occassionally, I will receive an Ancestry message asking if I know [insert name] from [insert city, state] with the similar information as what I have on my tree.  Most of the time, I will do a little snooping around to see what I can find.  I find genealogy to be a useful hobby so I don't mind one bit taking a break from my tree to help someone else out.  Also, when I get sick of that brick wall on my family, I start searching for my fiance's family.

Back in late February/early March, I purchased a DNA test for my brother and we should have the results at any time now (I'm getting excited).  I am really hoping it connects us to another Hughes line that can answer some of these questions that I cannot seem to find.  I know Franklin Hughes had to have had at least one brother... he's out there somewhere and I hope to find them all.  Although, after reading Alberto's post about the DNA testing, it kinda makes me nervous that I'll be sifting through 500 potential leads.  Yikes!

Comment by Kirsten A. Person on April 11, 2011 at 3:22pm
Is there anybody out there descended from Patrick and Bridget (Joyce) McDonough of County Mayo?  They had two daughters, Bridget (McDonough) Noonan and Ellen (McDonough) Doris who went to New York City, and four children Patrick, Thomas, John, and Annie (McDonough) Ducy who went to  Framingham, Mass.  Would love to find out where they are all from in County Mayo, but I've not had any experience in researching in Ireland so I don't know where to start.

Comment by Katie Heitert Wilkinson on April 11, 2011 at 8:17am
Lisa ...I found the birth record for Lois Beatrice Hughes on Ancestry.com ...I went to North Carolina immediately to narrow the search ....then start going through the earliest birth records.  I'll go back and check for parents' names.  It's fun sometimes to work on someone else's problems.

Honestly, I have no clue.  That name is not found anywhere in the family, but that doesn't mean much.  I know he married Sarah Barnett (we think in Georgia) and their children's names are Martha Ann, Marion F (probably Franklin), Amanda, Mimi, Lucinda, Jane Keziah, Elizabeth, Rhoda, Solomon Barnett, and Sarah R.  It seems quite possible to me that they following the traditional naming conventions since Solomon (who I descended from) has his mother's maiden name as his middle name.  I do know that the names Mimi, Sarah, and Keziah are family names from Franklin's wife, Sarah, so maybe he other names were from Franklin's side?

I get so desperate sometimes that I grab at straws to find a potential lead.  I've searched for Hughes' that married a Franklin, I've looked for Solomon Hughes or Marion Hughes born around that time frame, etc. with no luck.

Can I ask where you found that birth record?  Does it list a mother's name?

Comment by Katie Heitert Wilkinson on April 10, 2011 at 10:04pm
Lisa ..do you think your Franklin had a sister named LoisBeatrice?   I found her in the North Caroliina birth records 1800 - 1900.  Her father was Franklin Hughes.  She was born in Conrad Hill, Davidson Cty, North Carolina.

Comment by Katie Heitert Wilkinson on April 10, 2011 at 9:28pm
Lisa ...are you searching on Ancestry.com???  I'm finding lots of Hughes in Alabama ....found some property records and possibly a Civil War record.  Another possibility might be to search for Franklin S. Hughes Civil War records ....like his pension application file.  Those records are often filled with family information.  Need to go to the NARA website.  If you'll tell me what to be looking for, I'd be glad to help.  You can send me a message on my page.

Alberto ...you crack me up.  When I first started researching the Brownes about four years ago, I initially went through a spasm of excitement when I actually found records aplenty on John Browne of the Neale (another area linked to my family).  Suffice it to say, he was not my John Browne .....he was the Lord Sheriff and lived in a grand house and had descendants with very English first names.  We're a little more like the Beverly Hillbillies.

I did DNA for my maternal line ....useless.  My grandfather was an Orphan Train rider, so I'm really not sure of his heritage.  His birth name was Dernier.  The DNA I submitted for his line has not yielded anything yet.

Yes, I thought that might be what I will need to do.  I am making a trip out to Tuscaloosa this coming weekend and am hoping to find something that will help place his father.  I have yet to even find what county in North Carolina his father was from, and I find it odd that his father would've been born in Tennessee in that era when Tennessee wasn't even a state yet, but who knows.  Hopefully I'll have some luck this weekend on my trip.

Thank you for the information.  I appreciate it.

Lisa ...I certainly don't want to discourage you, but the further you go back in Irish family history, the more of a challenge it becomes.  Most of the records from the period you indicate were destroyed during the Easter Rising.  I would suggest finding everything you can on this side of the pond.  Find Franklin Hughes' father in the census and then starting moving back from there.  Hopefully you can move from census records to immigration documents.

The only records that I'm aware of that go back further than the 1800s might be church records, but you need to be able to narrow down your family to a particular townland in the county.

I am new to the group and am making my first post.  I was always told by my Grandfather that our family is from Ireland, but have yet been able to prove it.  The furthest I've made it back in mhy family is my GGGGrandfather, Franklin S. Hughes, born 1813 in North Carolina, USA and settled in Tuscaloosa, Alabama, USA.  On the 1880 US Federal Census it states that his father was born in Tennessee, so that is potentially putting me back to the early 1700's when our family immigrated.

While on a vacation in Riviera Maya, Mexico I met two separate couples from Ireland and they both told me I should search County Mayo and County Gallway.  I've done a little bit of searching, but am having a hard time finding any records dating that far back.  I am hoping to find the parents of Franklin S. Hughes (I think his middle name was Solomon) soon, and when I do I would like to be prepared.

Anybody have any suggestions on good resources dating that far back?

Thanks,
Lisa A Hughes