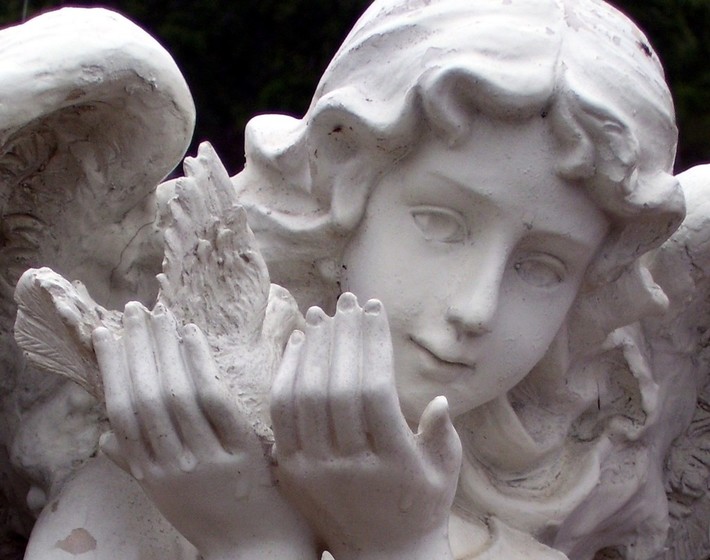 What surnames are you interested in researching?
LINCECUM, LOGUE, PEAVY, PRINE

What countries and other locations are you interested in researching?
USA

For what reason did you start genealogy research?
For the love of family and knowing why I am who I am.

Do you have a genealogy website or blog?
http://lincecumlineage.blogspot.com

Stephanie Lincecum has not received any gifts yet

Emory was a son of Elijah F. and Mary Elizabeth Hasford. Burial in New Hope Cemetery at Dallas, Paulding County, Georgia.
The last portion of Emory's epitaph is from an elegy written by William Cowper about 1748 On the Death of the Bishop of Winchester. Excerpts:
Silent I sat, dejected, and alone,
Making in thought, the public woes my own,
When, first, arose the image in my breast
Of England's suffering by that scourge, the Pest!
How Death, his funeral torch and scythe in hand,
Entering the lordliest mansions of the land,
Has laid the gem-illumined palace low,
And levell'd tribes of nobles at a blow.

...I wish'd repose, and on my couch reclined,
Took early rest, to night and sleep resign'd:
When -- Oh for words to paint what I beheld!
I seem'd to wander in a spacious field,
Where all the champaign glow'd with purple light
Like that of sun-rise on the mountain height;
Flowers over all the field, of every hue
That ever Iris wore, luxuriant grew
...While I, that splendour and the mingled shade
Of fruitful vines, with wonder fixt survey'd,
At once, with looks that beam'd celestial grace,
The seer of Winton stood before my face.
His snowy vesture's descending low
His golden sandals swept, and pure as snow
New-fallen shone the mitre on his brow.
Where'er he trod a tremulous sweet sound

Of gladness shook the flowery scene around:
Attendant angels clap their starry wings,
The trumpet shakes the sky, all ether rings,
Each chants his welcome, folds him to his breast,
And thus a sweeter voice than all the rest:
"Ascend, my son! thy father's kingdom share!
My son! henceforth be freed from every care!"

So spake the voice, and at its tender close
With psaltry's sound the angelic band arose;
Then night retired, and chased by dawning day
The visionary bliss pass'd all away.
I mourn'd my banish'd sleep, with fond concern;
Frequent to me may dreams like this return!

(As an Amazon Associate I earn from qualifying purchases.) 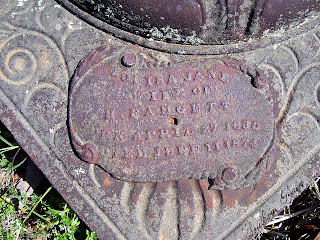 Louisa Jane Griner was born 27 April 1830 in Tattnall County, Georgia to Benjamin and Caroline Griner. She married Hardy Padgett 26 January 1847, and the couple had at least five children: Georgia, Benjamin, John, James, and Caroline. For the taking of the 1870 U.S. Federal census, Hardy and Jane were residing in Quitman, Brooks County, Georgia.
Louisa died 11 June 1874 and was buried in Oak Hill Cemetery at Cartersville, Bartow County, Georgia. A brief obituary:
Standard and Express (Cartersville, Georgia)
17 June 1874

MRS. PADGETT, wife of Mr. H. Padgett, of this place, died on Thursday morning last, after a long and lingering sickness of near two years' duration. A consistent member of the Methodist church, she died in the faith, departing in peace. Her funeral services took place at the Baptist church, conducted by Rev. Mr. Headden, the resident pastor, before a large and sympathizing congregation. So one by one we pass away to the great gathering day, when the sorrows of earth shall be lost in the joys of the Saints' everlasting rest.

Given that Quitman and Cartersville are over 270 miles apart, and Mrs. Padgett had a "long and lingering sickness of near two years' duration," I wonder if the family moved to north Georgia with the hope of improving her health. 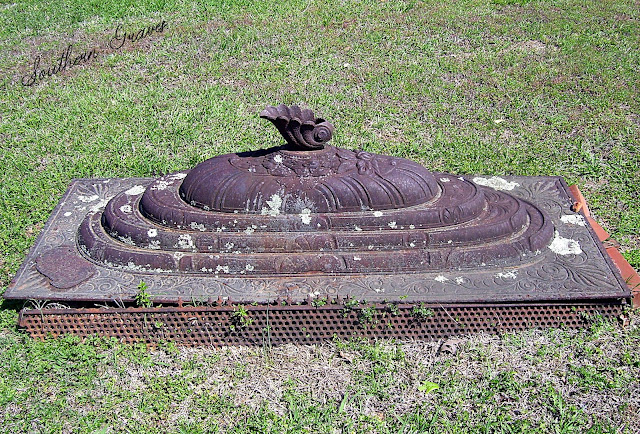 On another note, Louisa's cast-iron grave cover (and others of similar style and time period) were most likely invented by Joseph R. Abrams (1835-1893). To read more about him and his patented grave coverings, visit Traci Rylands at the Adventures in Cemetery Hopping blog.

(As an Amazon Associate I earn from qualifying purchases.)

Pneumonia was the Immediate Cause of Death for Warren Gaston (1921)

One of the Lord's noblemen.
Tribune-News (Cartersville, Georgia)
29 December 1921

WARREN GASTON
The funeral of Mr. Warren Gaston was conducted at the First Baptist church last Sunday morning at 10 o'clock, Rev. L. E. Dutton, assisted by Rev. John E. Barnard, being in charge of the funeral service, which was attended by a large number of relatives and friends of the deceased. He passed away in Atlanta last Saturday afternoon, after a short illness, pneumonia being the immediate cause of his death. His first wife was Miss Irma Smith, daughter of the late S. C. Smith.
Surviving him are his second wife, his mother, Mrs. N. E. Smith; two sons, Messrs. Joe Sam and Bob Willie Smith, and one brother, Mr. Bill Gaston, of Taylorsville.
For a few years the deceased was a resident of Cartersville, coming here from Taylorsville where he was born and reared. Later, he went to Atlanta and has held a lucrative position with the Georgia Railway & Power Company ever since.
News of his death came as a shock to his host of friends throughout the county, and the family are receiving the condolences of every one who knew and loved Warren Gaston.

Per her gravestone in Oak Hill Cemetery, Warren's first wife was Dora Imogene (1872-1908). She was a daughter of Samuel C. Smith.

(As an Amazon Associate I earn for qualifying purchases.)