Caren said…
Oh and your branch has at least one celeb descendant. Ironically I was trying to figure out my link to her yesterday as well. But basically Candace Bergen is your 9th cousin!

Caren said…
Hey! I figured out our Howell's! Our Howell's are of 2 branch's. Yours is deemed the Southern Branch while mine is the Southhampton, NY branch. But they're the same family. Mary Howell's parents were John Howell and Mary Lane. The confusion for some lies with the fact that there are 2 Lt John Howell's. But yours settled in Virginia while mine settled in NY. But as I said. Still related. Mary Howell and Edward Howell were aproximatly 3rd cousins give or take. So yep. We're related! Oh and the Howell's are descended from royalty. I've been looking on all the Howell trees and thru the books (yours is of course in a book on the southern line that came out in 1930) and they all basically say the same thing. The Howell's descend from Hywel Dha, king of Wales in the 10th century. I just haven't figured out WHICH of his kids that our line is from. But I already have him on my tree as Im descended from him on my mom's side. The Howell side is my dad's side. *lol* They are also from the Plantagenet royals.

Red Ribbon
Hi Bev: If he received a patent for land due to his war service there are records if not at Smith Co. then the National Archives. I'll look on line. thanks for friending me. Warren
From the Gift Store

Bob Mooney-Pa said…
Might give this a try. If you contact them they may be some help http://www.suvcwil.com/

Bob Mooney-Pa said…
Might look into info on the forts in that Cairo area..... * Villa Ridge
* Camp McClernand
* Camp Defiance [also known as Fort Defiance]
They may have been at one of them.
http://www.southernmostillinoishistory.net/mound_city_national_cemetery.htm

Bob Mooney-Pa said…
Beverly......do you have any other info on Ransom Hatfield?
There are quite a few on Ancestry and want to make sure I get the right one. 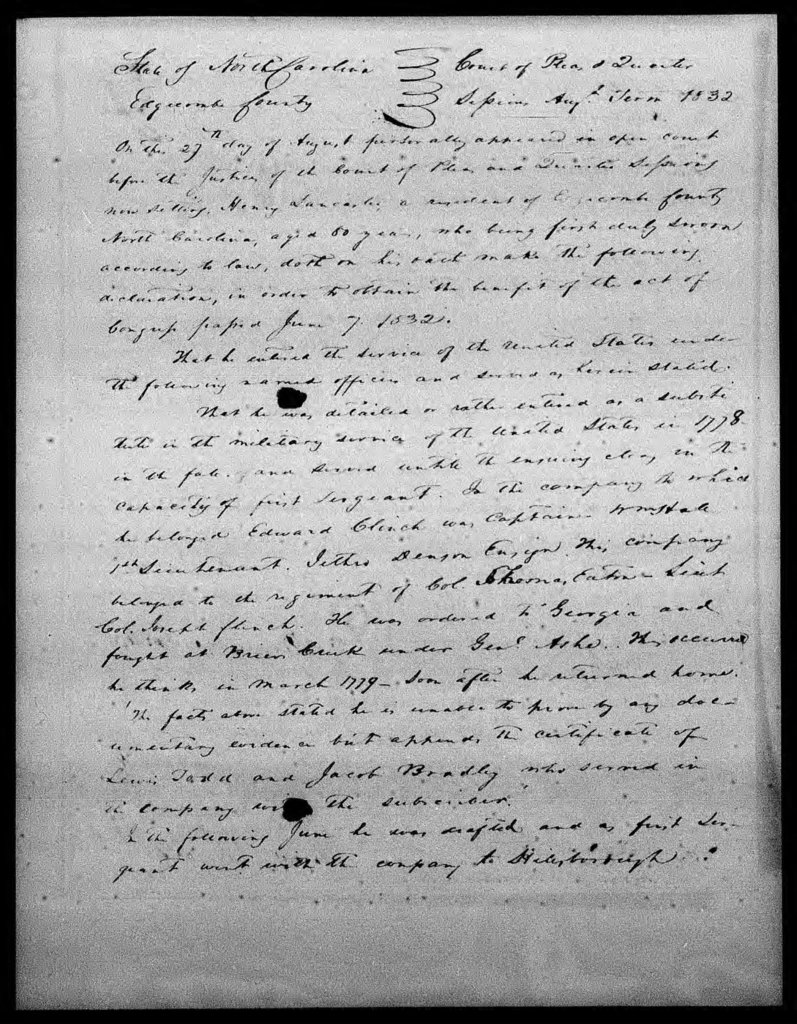 His name is written in the document. Because the writing is bad you really have to look for it. Bob Mooney-Pa said…
In your Civil War records for Isaac did you get his pension file too?

David J Grimshaw said…
Hi Beverly,
You Wrote "I am looking for any information on Samuel Jemison (b. 1780 d. 1871) of Cookstown, County, Tyrone, married to Sara McComb (b. 1787 d. 1849). They had a farm called Agenhtarhn Farm. They raised seven children: Samuel and William (twins), James, Eliza, Thomas, Joseph, and Sara. Samuel, James Thomas, William, and Sara all left Ireland and went to America 1830-1840). Eliza and Joseph stayed in County Tyrone and raised families there. This is as far back as I have been able to trace this part of my family. I would appreciate any suggestions on where I might do some more researching to get some more information."
May I recommend that you look at possible variations of the Jemison surname.
For example within in my One Name Study I have the following;
John Jameson born about 1825 Married Anne Grimason 3 Dec 1846 at Mullavilly, Armagh, Ireland.

James Alfred Locke Miller Jr. said…
Beverly: I received a "friendship" request supposedly from you; but these website companies I think really do much of this? You have a "widow's peak", as did my late mother Mrs. Leila James Wootten Miller of Wilmington, N.C.; as does my sister, as does one of her four daughters, and I forgot to look for that amongst the grand girls. The photo of mother's grandmother, Mrs. Leila Ogden Malone James of Galveston, Mobile, and Biloxi, has one also. Here father's photo in CSA uniform shows him with a hat on, and I don't have a photo of his wife, Mrs. Ann Maria Russell Malone (died Mobile circa 1900); daughter of War of 1812, 1815 Mobile, 3rd U.S. Infantry, Col. Gilbert Christian Russell, for whom Russell Co., Ala., is named. Your widow's peak might place you amongst our Malones? Trotter is an Old Salem, Winston-Salem family name. The Trotter girl in my homeroom, her eyes would gloss over, she'd pick her nose, taste test it, and ugh. If that runs in your Trotters; then try the earlier Old Salem Trotters--a good heritage there. Henry is a once prominent eastern N.C. family name with slaves of the same name. I think the then N.C. constitution said legislators had to be Christians; but somehow Mr. Henry was admitted as North Carolina's first Jewish legislator? Corrections of my errors are welcome. In the late 1950's, my Fishburne Military School "roomie" was the brilliant cadet Keith Reiss of the District of Columbia area. His dad sold airplane parts to the CIA. Keith's fate is unknown to me, alas. Nash: great, great, great grandfather, John Cyrus Miller, 1811-1893 (I descend 1st wife Sophie Propst) of Franklin/Zeb, Rowan Co., N.C. Used white orphans from the courthouse to work his farms. His second wife, Mrs. Mary Ann Barringer (Behringer) Redwine, in a N.C. Supreme Court case; very justly, divorced Cyrus for adultry with his child cook, Louisa "Lou" Nash, by whom he had Frank Nash/Frank Miller, Tom Miller reared by the Jacobs family (may have become Salisbury police chief?), and the one I'm especially fond of, Spry Miller of Spencer, N.C. (miss seeing Spry's descendants; please visit me here in Southport). Spry was a Southern Railroad boiler maker who pre-WWII, helped convert Southern's first and only streamlined passenger steam engine (it's fate please?). I was a Piedmont Airlines FAA/FCC licensed mechanic, mostly in airframes sheet metal, and as a fellow transportation artificer of our respective times and kinds of transportation; feel a special kinship with Spry. Never met Spry, but I did meet his fine son. Lastly your Simpson: I descend Capt. Philip Yonge, Loyalist, H.M. Surveyor-General of Georgia, who wed Christian Mackenzie, daughter of Capt. Wm. Mackenzie, in 1775 H.M. Comptroller and Collector of Customs, Sunbury, Georgia. Philip's parents were the Hon. Henry Yonge, Sr., Loyalist, H.M. Surveyor-General of Georgia, and wife Elizabeth Bellinger (grandchild of Capt. Edm. Bellinger, Sr., Landgrave of Tombodly and Ashepoo Baronies, S.C., Surv-Gen.). Henry Sr's father was the Hon. Francis Yonge, Lords Proprietors Surveyor-General of the Bahamas, Carolinas, and Georgia. Can not find my Simpson notes; so this is from a poor memory. One of Henry Sr's, or Francis' daughters wed a Georgia judge/justice Simpson, connected with Simpson's field, in the 1770's a rural area just below Savannah, now long a waterfront industrial area of Savannah. Possibly they were also Loyalist, and like my Yonges, banished to British East Florida, then Bahamas, etc.? One of the Simpsons was connected with the Carribian, Florida, Spanish Alabama trade firm of Messrs. Leslie, Forbes, Panton, Yonge, et al. Simpson was sent circa 1800 as the firm's agent in (Spanish?) New Orleans. Owned a home there; and I think died in mid-age there? Jim Miller, Southport, N.C.