Why I don't play golf 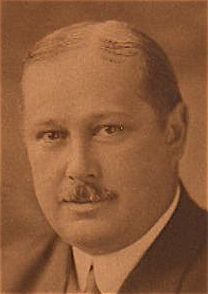 My great-grandfather, George Henry Mallalieu, is the reason I don’t play golf.

Although he was born in Millington, on the Eastern Shore, he lived in Glen Rock, N.J., and he was an executive to American Woolen Mills, until he retired in 1929. Millington was named for the mills there, and a newspaper account says the Mallalieus owned the mill, so I expect that with a little digging, I’d find out he or his father sold the mill to American Woolen, which was headquartered in New York, prompting his relocation to the Jersey suburbs.

In Jersey, family lore is that he spent a lot of time advancing the game of golf, setting up courses, etc. Nearly every picture we have of him, save for the first one on this blog, he has a golf club in his hand, like the one below. His companion for the afternoon was Mrs. Philip C. Crew. Mrs. Mallalieu — my great-grandmother, Gertrude Van Riper Mallalieu — died about 10 years before.

When they reached the 13th hole, he played through a foursome which included Mrs. Frank A. McBride. Here’s how the New York Times tells it: “She asked him if he didn’t think it was too strenuous an undertaking for him to play the full course. His reply was in the negative, and with the added remark, ‘I don’t know of any better place to die.’”

He fired his shot, then Mrs. Crew. When she turned to him, great-grandpa George was face down, dead by the time medical assistance arrived.

Besides the New York Times account, our family archives have two other newspaper clippings on the event. The names of the papers, however, aren’t included. The others have him dead at the 17th hole, and greeting the other foursome on the 11th. They all, however, have the same apocryphal quote. One account claims he died about 30 feet from the spot where a doctor died nine years before. 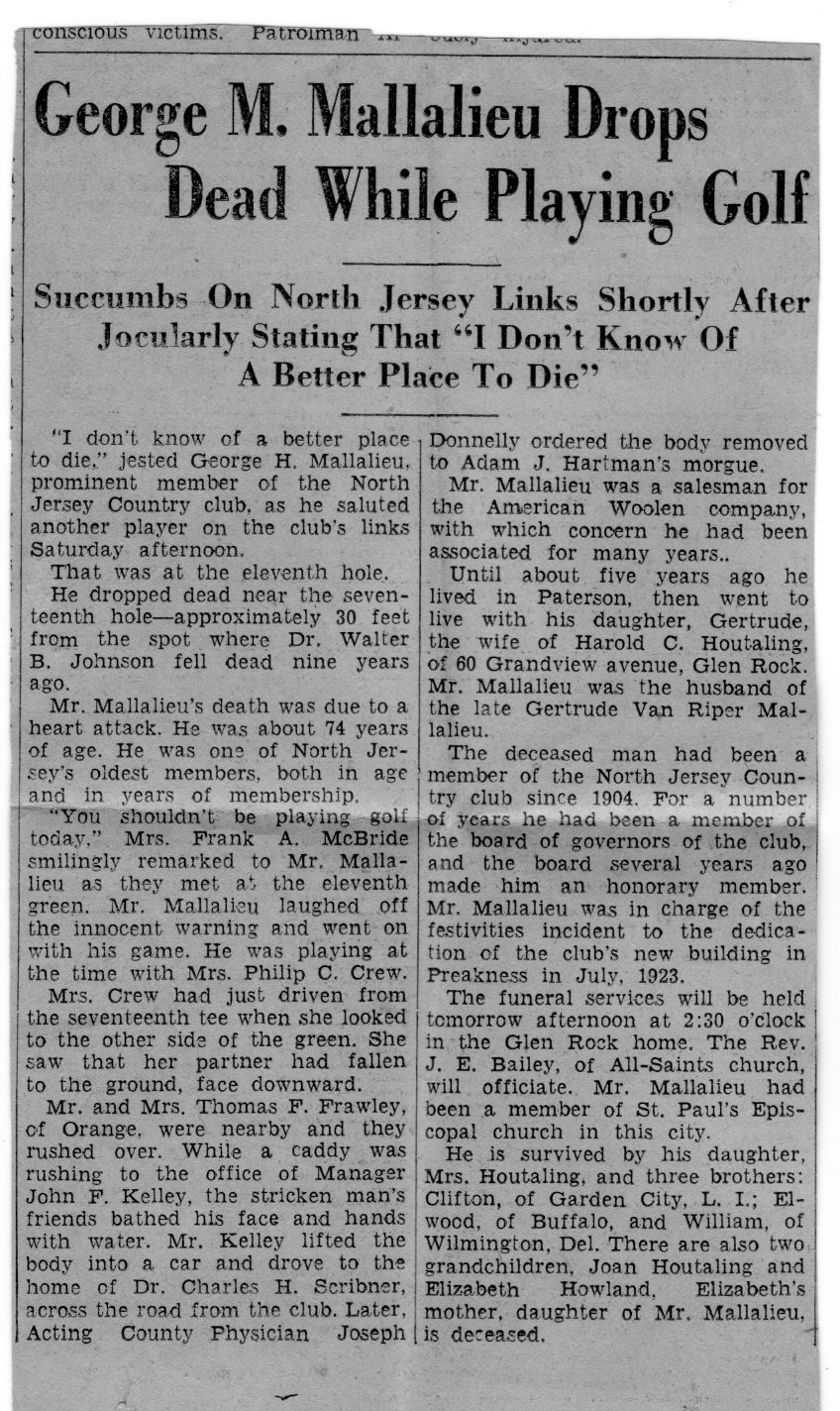