As far as we can tell -- so far -- the first Barger in our family came to the "New World" in September of 1738. His name was Christian and he sailed from Rotterdam aboard the ship "Winter Galley" arriving in Philadelphia. By the mid-1700s, Christian was part of the "furthest westward" inhabitants of the time period at the New River Settlement of Virginia. The German New River Settlement, was contiguous to but not technically part of the Middle New River Settlement of Southwest Virginia. It occupied an area consisting roughly of the contemporary counties of Giles, Montgomery, and Pulaski. It was settled in the mid-18th century by Rhinelanders from the Palatinate in Germany and is identified by the author of this work (German New River Settlement, Virginia By U. S. A. Heavener, published in 1929) as the first legitimate settlement beyond the Alleghenies, antedating the famous Draper's Meadows Settlement by several years.

To give an idea of this territory, an historian has written that "Prior to 1755 the New River border country was remote wilderness which had been settled by very few (even the Indians used that country only as hunting grounds)" and that it was "a varied landscape that ranged in elevation from 2,500 feet on the bottomlands to the highest point, 5,719 feet at Mt. Rogers; the hills were densely forested in black walnuts, white and yellow poplars, chestnuts, oaks, hickories, and extensive pines. However, the land was practically devoid of human habitation." It was here that the Bargers built their cabins, tilled the soil, created farms.

Second Generation: Christian Barger, son of the original immigrant, was born about 1777.Little is known of his early life except that he married Elizabeth Baer (or Bare) before 1796. They had twelve children; five daughters and seven sons. The third youngest was Alexander, born in 1814 in Virginia. By the mid-1800s, the Barger family had made its way to Indiana. In 1845, Alexander married Mary E. T. Wooden of the Kentucky Woodens. The following year, my great-great grandfather, James Louis Barger was born in Clay, Decatur, Indiana. When James Louis was ten years old, his family moved to Iowa. Seven years later would find him in uniform in the nation's bloodiest and most tragic conflicts, the War Between the States. He served in Company C, 47th Iowa Infantry and later received a military pension for liver disease contacted while serving in the war.

In 1870, James Louis married Helen Elizabeth Griffith, daughter of Isaac Newton Griffith, who had been part of the Underground Railroad, helping slaves escape to Canada before the Civil War. James Louis and Elizabeth Barger had two surviving daughters, Edith May and Margaret, born in 1871 and 1873 respectively. After the war, James worked in a harness shop, was a painter, and eventually a farmer. He died in 1913; his wife following in 1929.

Edith May Barger married my great-grandfather, John Winterbourne in 1894 in Carroll, Iowa. They had five children, four sons and one daughter: George Lewis Franklin, Dale Edwin, Helen Edith, John Wesley, and William (who died at age 12). Edith died in 1947, about six months before I was born. Her husband survived her by twenty-one years and never remarried. 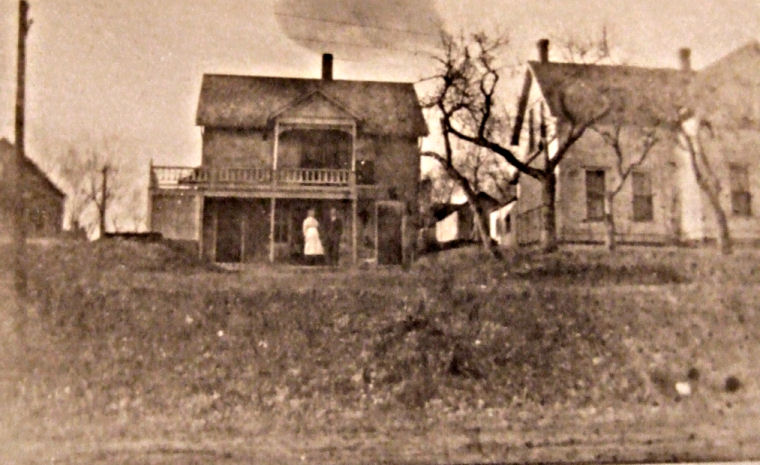 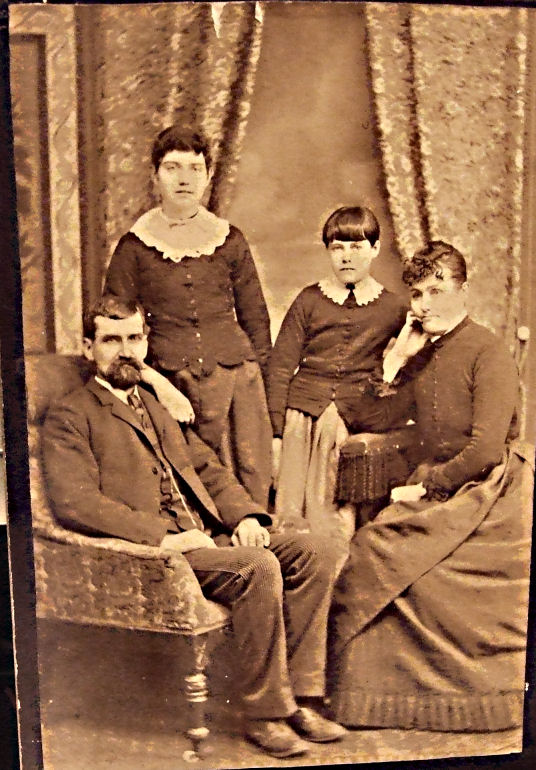