My historical "street cred" is strong in California. My ancestors were among the first Spanish/Mexican settlers in my home state of California, so you may be able to understand both my interest and my quest to always "know more" since my "roots" are so deep in California history. Many of the following ancestors' sons also served at California Presidios, gained grants to rancho lands; many of their daughters married into the same or other Spanish/Californio families.

Many of these men… Continue

Generations of "the girls"

Sometimes it's interesting to put the photographs together and see the resemblances and differences. These are photos of "the girls" of my family.

While it's rarely a challenge outside of old Spanish/Mexican genealogy, the idea of social caste strongly rears its "old school" head when dealing with the complexities of European (Spanish), mestizo, creole, mulatto, indio, and the numerous variations of how much percentage you are of one or another.

I was reminded of the challenge recently when contacted by a possible relative for more information. She had traced her ancestry to the second… Continue 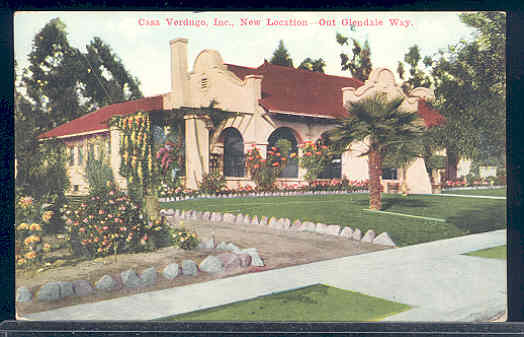 As a genealogist, a historian, and a historical re-enactor, I'm especially keen to see these three elements of my life merge in other events. Two events recently were brought to my attention. While searching for ancestors' final resting places at Find-A-Grave, I discovered those of one of my sets of gr-gr-great grandparents, Abraham Harmon (1802-1869) and Ann Pillers (1810-1888), buried in the New Palestine cemetery, in Illinois. I contacted the original poster with information about their… Continue

A 15 year long project of research and archaeology has now revealed George Washington's recipe for making rye whiskey. In 1797, following his role as a general in the Revolutionary War, Founding Father and the first president of the United States, Washington became a successful distiller.

Dennis Pogue, vice president for preservation at Mount Vernon, says the venture was all about the money.

When you get buried in old documents and the criss-crossing lines of generational charts, it's sometimes difficult to keep up with the new resources for genealogical work. At least once a week, if not more frequently, I try to do searches for genealogical news. Here are some findings, you may find helpful:

Directory of Genealogical Libraries in the United States: http://www.gwest.org/gen_libs.htm

If like me you keep discovering ancestors who lived in the colonies around the Chesapeake Bay area (Virginia, Maryland, Delaware), you may run across names like Nansemond, Jamestown, Williamsburg, Anne Arundel county, Isle of Wight county, and so forth and wonder where these places were/are.

The attached map can help pinpoint where your ancestors were born, lived, and died easily. For a larger copy, contact me.… 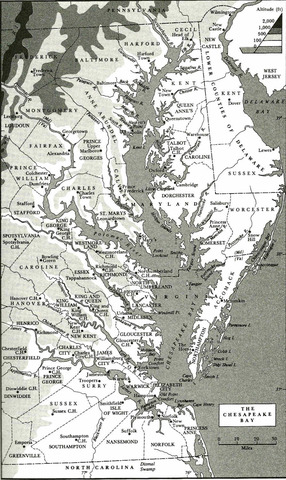 One of my direct ancestors, William Buckland, came from Branscombe, Devonshire, England, to The Plymouth Colony aboard one of the ships in John Winthrop's fleet of 1630. The records appear to mark him at the time as a servant of Josiah Plaistrow.

According to The Pilgrim Republic: an historical review of the colony by John Abbot Goodwin, (1888):
"The justice of the Bay Colony was curiously shown in 1631. 'Mr. Josiah Plaistow,' for stealing four… Continue

For many, our brick walls can come tumbling down by using online sources separate from "the usual suspects", i.e. ancestry.com, Family Search, etc. Obscure, hard-to-find, and out-of-print books covering a wide variety of genealogy, history, and specific family histories can be found at online sources. Here are a few that I have found very useful. Perhaps you will, too.

Open Library is both an… Continue

Why Seperate Church and State? Combine!

Before you get upset, this post is not about politics and faith, but about genealogical clues to ancestors' lives. In my research, I have found the records kept by various church groups to be of immense help in learning about my ancestors' lives and travels. Such records combined with "state" documents, incl. census reports, official land deeds, wills, and court cases are often all we have to go on -- evidence-wise -- apart from word-of-mouth family stories (which may or may not be… Continue

Affinities: Genetics, Coincidence, or What?

A recent blogger here mentioned something about research findings that make your hair stand on end. I'm wondering how many people have a particular affinity for something, especially historically-speaking, and then later discover in genealogical research that their ancestor was involved in what you show an affinity for. I don't mean talent, like in music or art or something.

Here's an example. Since I was kid, I always liked and felt strongly about the events in the book and movies… Continue

"Who Do You Think You Are?" on NBC. You can also watch it currently on hulu.com. Yes, genealogy is hot topic!

Got UK Ancestors? You may find something here...

A very nice online source for checking up on UK ancestors and their "official" documents is located here:
http://www.nationalarchives.gov.uk/records/

The UK National Archives. Handy to have!

Happy New Year to all!