Can you do genealogy on a Mac?

One of the most re-occurring questions asked me at the Mesa Regional Family History Center involves running genealogy programs on a Macintosh computer. Very frequently, during a class on Ancestral Quest Family Tree or RootsMagic 4, someone will ask if the programs can be run on an Apple Computer. The answer is yes, but with qualifications and the solution is not necessarily simple.
Read more...

Adopted Living Children Who Are Unaware...?

As far as your record keeping, I presume you'd always want to take note of the fact in your software [Reunion for Mac] entries that someone is adopted. My concern is that someone still living and reviewing the online or published record might discover that fact and be both devastated and dumbfounded by the knowledge...especially if they were previously unaware. Are there any less conspicuous or more sensitive means of art to deal with the fact while preserving the accuracy of the… Continue

any news about Edmund Procter, perhaps born in London, presbyterian, married with Matilde Modini from Venice, dead probably in Istanbul, Turkey, in the year 1844-1850. He was the father of my great grandmother Emma Procter
Thanks
paolo sorgato

Cleaning up the database

I was prompted by a post in the Legacy Users group to check my database for duplicate and inconsistent entries.

I have collected and collated individual contributions, downloaded GEDCOMs and pulled in family trees from a variety of sources. And they are all different! Or so it seems.

How many different ways are there to enter Arlington Cemetery? Or to spell Massachusetts? (I had to spell check it, so I hope it is right?)

However, the thing that surprised me most… Continue

I have been working on the Douglases of Brigton, and their connection with Dudhope Castle. As I was writing up the ancestry and history, I did not know that there is an opportunity to buy the Barony of Dudhope!

But checking on some amendments on peerage.com, I went back to my research and found that The Lordship and Barony of Dudhope are being offered for sale at a cool £75,000.

Wordless Wednesday is not wordless here.

My day has been anything but wordless. Except when Randy S was given his Vacation presentation at the Library for the society. BTW, Randy that was a really nicely done job. You were able to show that if one's mind is set right one can do genealogy and enjoy family and have a great vacation all rolled into one.… Continue

Looking for Family information in Pittsburg, Pa 1906 to 1910 time periord.

Felix Kalinowski, Wife Christiana, would be members of a Catholic Church, Felix would be buried in Pitt. 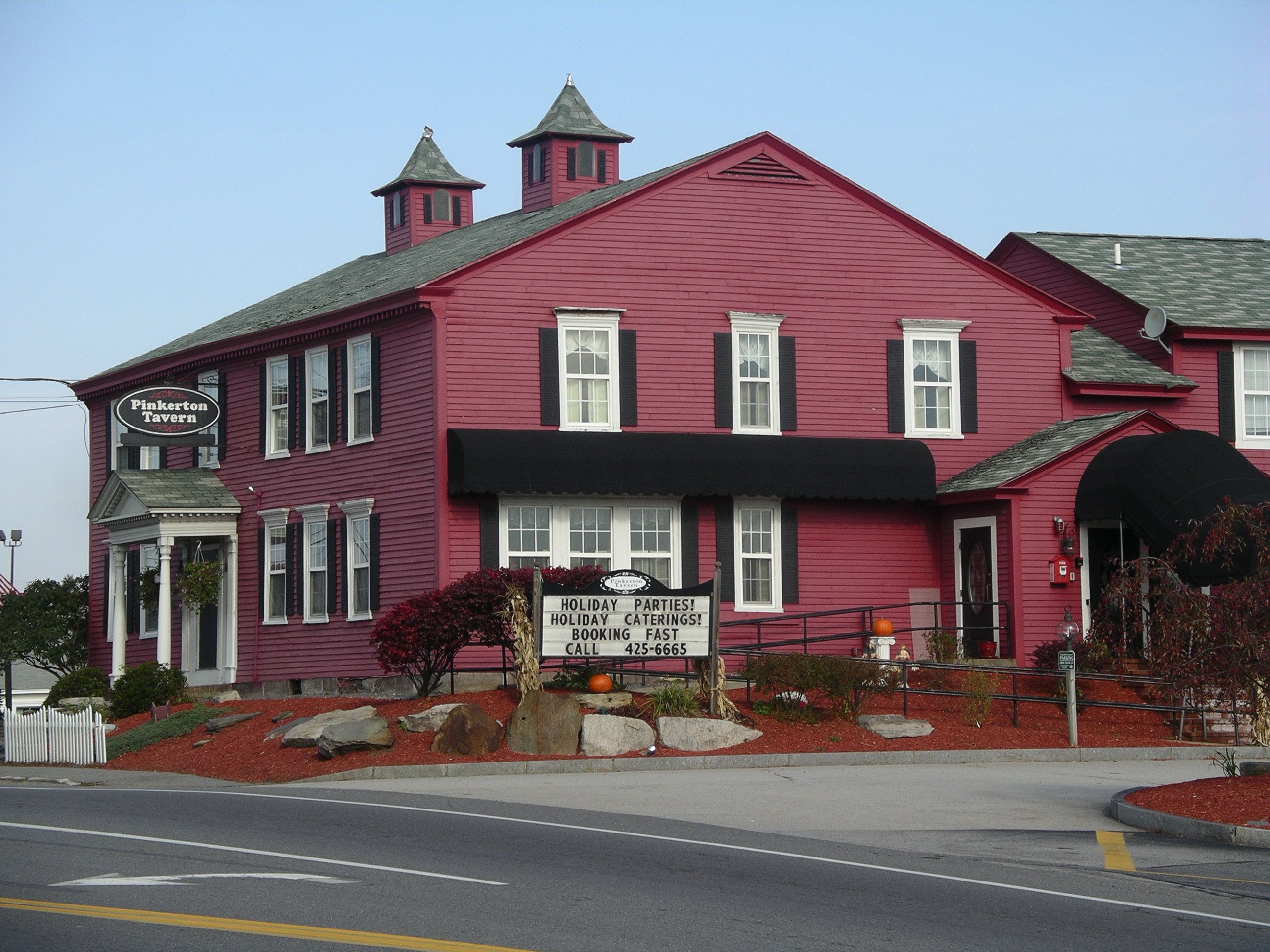 A wealth of information about Scotland's past is now freely available through an online resource developed for the use of pupils, teachers and those seeking to put their Scottish ancestors into an historical context.

Scotland's History Online covers a range of subjects, from prehistoric through to 21st Century Scotland. With more than 200 topics that include links to over 1,000 other online sources and a… Continue

Preview -- a genealogist looks at Windows 7

While my copy of Windows 7 has been ordered and is on its way, I have been looking at the reviews. Bear in mind that the previews and early reviews for Windows Vista were all over hyped, I began looking to see if the glow of the initial release of Windows 7 had begun to dim. I remember the introduction of Windows Vista and clearly recall that there were multiple sources in the genealogical community that were panning the program and telling users to wait to upgrade. I was one who waited so long… Continue

You can not afford to miss this!

Your customers are coming
to the Mesa, Arizona Family History Expo ~ ARE YOU?

Exhibitor space is limited. You can reserve a booth right now for only $195. It’s easy.
* Visit our website at fhexpos.com.
* In the upper left hand corner of the page, click on “2010 Mesa Arizona… 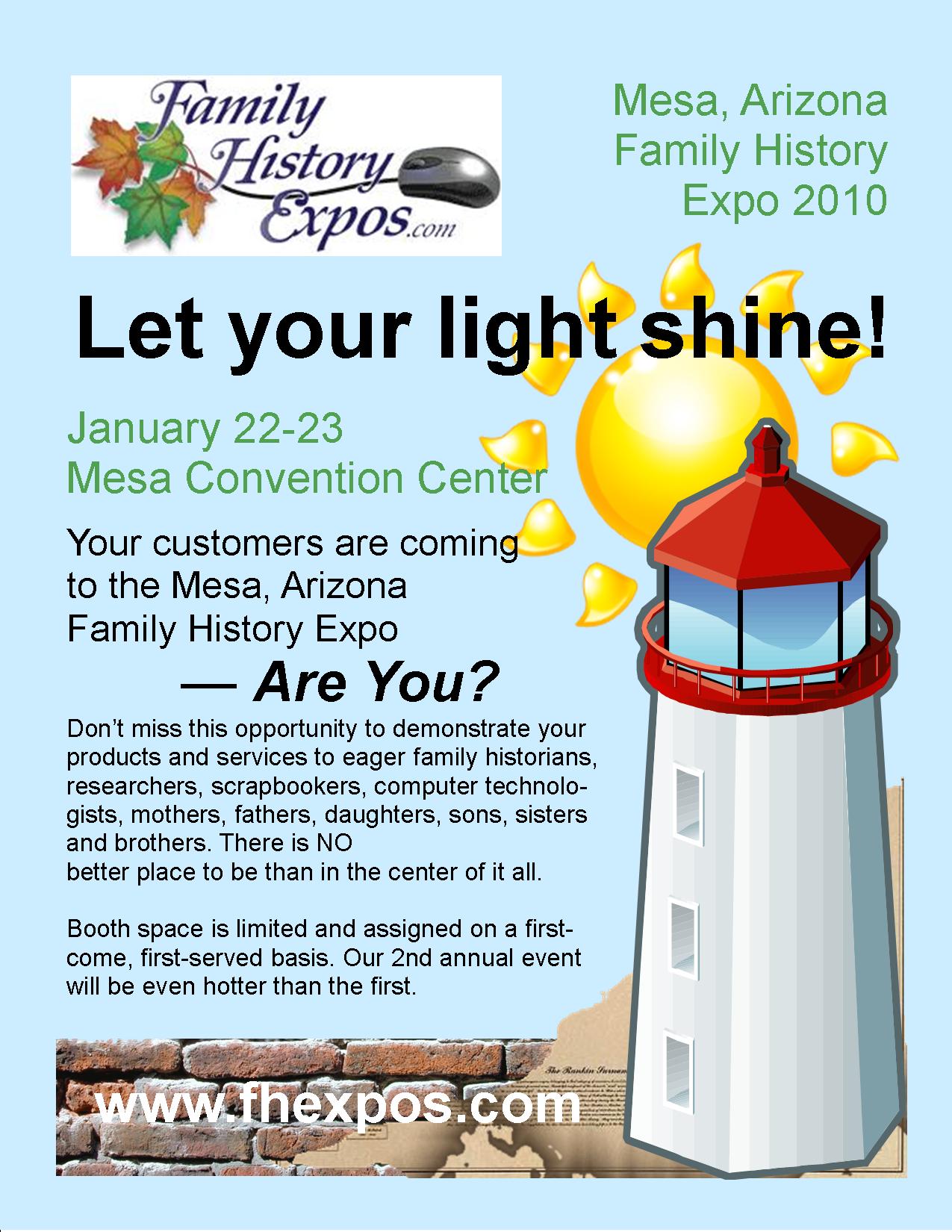 Searching for an occupational surname, eg Miller, Farmer or Potter

The following article is reprinted from "Facts & Genes"

The ancestral country for your surname is England. Looking at a surname distribution map, based on the 1881 census, shows your surname present in every county except 2, and a concentration in Yorkshire, Lancashire, and London. The fact that the surname found in almost every county, plus the fact that there are over 17,000 persons with the surname in the 1881 census for England and Wales, indicates that this is a multiple… Continue

if anyone needs any help please contact me at onebadtazgirl@yahoo.com or leave a comment on my page

The BYU Harold B. Lee Library, Family History Archives has reached a milestone of over 50,000 items, 50,092 to be exact. To quote from the site:
Read more...

WILLIAM MILLER ancestor of Deb Staley Her Black Sheep or one of them.

William MILLER father of below William MILLER. Tennstadt, Germany area since son born there.
No further information known about him.

Anna Hintermeyer was born in Bavaria ( 1832) and died in 1898 in German Flatts Township, New York