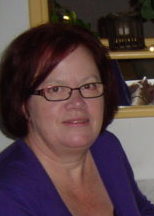 Lorine McGinnis Schulze has not received any gifts yet

When we are passionate about genealogy, it's only natural to want to pass that interest on to our children and grandchildren. I've encouraged my grandchildren and exposeed them to genealogy in fun ways that might interest other genealogists. Every summer my two oldest grandchildren spend a week with us and during that time here are some of the activities we've done with them.

What surnames are you interested in researching?
Peer, Vollick, Van Slyke, McGinnis, Shuart, Ryckman, Vrooman and many many others.

What countries and other locations are you interested in researching?
Canada, USA, England

If you are a genealogy expert, what are your specialties?
New Netherland (New York) 17th century, Ontario Canada all years, Loyalist research, Ships Passenger Lists

For what reason did you start genealogy research?
To find my family roots. In 1996 I realized I wanted to help other genealogists find their ancestors and that is when I started my websites to bring genealogy records online for all to use

Do you have a genealogy website or blog?
http://www.olivetreegenealogy.com/

Where and how to find your ancestors on ships passenger lists to U.S.A. Ask for help or give help to others looking for passenger lists
Oct 28, 2020
24 Comments

Do you need help finding an ancestor? Do you have a challenging genealogy question? Do you want to know where to find genealogy records? Ask your challenging puzzles here then look for an answer on AskOliveTree.blogspot.com (or by group members here)
Oct 28, 2020
11 Comments

Do you use or want to use Ancestry.com? Get help finding ancestors in Ancestry.com databases. Share tips and techniques.
Oct 28, 2020
117 Comments

Do you use or want to use Ancestry.com? Get help finding ancestors in Ancestry.com databases. Share tips and techniques.
Dec 8, 2019
117 Comments

Lorine, I found 3 letters in your Past

Voices website that I am very interested in. 2 are from Alvin Brown of the 107th ohio,and 1 from William Koch 107th ohio. I have been researching civil war veterans from my hometown, Louisville Ohio, for the last 15 years with the intention of  writing a book to preserve their contribution. I hope to talk to you in detail about these letters. Thank you, Mike Carden

JB Peterson said…
Attempting to upload the photo here only results in html tags being displayed. Hopefully you can see the photo accompanying my post on Lost Faces http://www.genealogywise.com/group/lostfacesancestorphotosalbums

This is perported to be a photo of my 3RD GGF, but I suspect it may be my 2ND GGF. My photo analytical skills are negligible, so I am hoping someone with more expertise can offer opinions on:

1) Pete Fine's age in the photo
2) The decade or year when the photo was taken.

Sherry Hightower said…
Lorine, is your Olive Tree site built with ACE? Can you send me the link to your ACE / freepages site?

JB Peterson said…
Lorine, thanks for the advice on pic uploading. Any way to upload a folder containing multiple pics? Thanks, JB

Rose Mary Keller Hughes said…
You have class and creativity no matter what the venue! Thank you, Lorine, for bringing this site to our attention and for the link!

Gen Story Girl said…
Thank you for the link to genealogywise! :)

Cyndi Rutledge said…
Hmmm.. she came out perfectly on my wall here, but elongated in the other page... I wonder why and whether GW has any plan to fix this? will try to find your instrux & repost...

Naomi Hall said…
I am keen to become more informed about my family history but am just starting out.