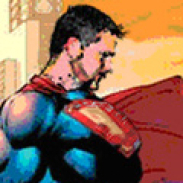 Johnny has not received any gifts yet

For as long as humanity can recall we've found companionship with various pets. Some of us view our pets as part of the family; some even have pets instead of kids.
Oct 27, 2020
0 Likes

What surnames are you interested in researching?
Lowry, Lemmons/Lemons, Slawson, Clendenon, Buchanan, Lathrop

What countries and other locations are you interested in researching?
US, Scotland, Ireland

For what reason did you start genealogy research?
Fun and fascinating.

An international team of geneticists have found an astonishing statistic; one in every 200 men alive today is a relative of Genghis Khan. These men have the same male Y chromosome as the great… 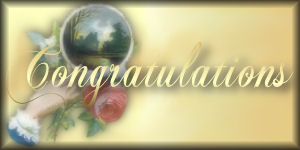 Jeanne Holcomb said…
Yes!!! I am getting things figured out. Thank You, I will write if I have any more problems. Since the stroke, I am a little bit slow. Thank you again.
Jeanne

Jeanne Holcomb said…
Hi Johnny,
I managed to upload one picture. Trial bases you know. Big help. Are the albums different from pictures? Also, can you add 100 pictures total, or is that albums.
Thank You,
Jeanne

Miriam Robbins Midkiff said…
Most of our society's meetings are free and all are open to the public. We meet Sep - June, usually the first Saturday of the month in the meeting rooms on the main floor of the downtown library. I'll remind you when the next one comes up.

Miriam Robbins Midkiff said…
Hi, Johnny...I'd like to invite you to join the Eastern Washington Genealogical Society group here on GenealogyWise...even if you're not a member of the society. I think that staying abreast of genealogical news in the Spokane area will be helpful, and you can always ask us questions about research. Many of our members do NOT have ancestors from this area, but our genealogy library at the downtown branch of Spokane Public Library has LOTS of resources from around the US, Canada, and many other countries. We're going to have a huge conference at the Davenport in September...and the public is welcome. Megan Smolenyak Smolenyak, Chief Historian of Ancestry.com and creator of RootsTelevision will be our main speaker. We'll also have other well-known genealogy figures attending. Hope you'll consider attending!