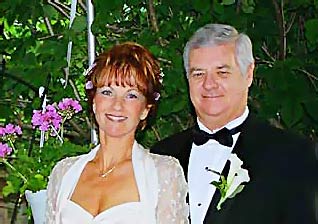 James Lynch has not received any gifts yet

What countries and other locations are you interested in researching?
Barbados, eastern Caribbean

If you are a genealogy expert, what are your specialties?
Caribbean

For what reason did you start genealogy research?
Family tree

Do you have a genealogy website or blog?
http://www.candoo.com/surnames/index.php

The SPAMmers do try to use it, but they can't automate sending me their garbage, they have to work at it!!

James Lynch said…
I keep notes all over the place... here is one I placed on my Caribbean Surname Index...

Recorded in various spellings including Linch, Lynch, Lynche, which can be of either English or Irish origin, or Linskey and Lynskey which are both Irish and mainly from County Mayo, and the West of Ireland.

The English name originates in the pre Anglo-Saxon era, and is a topographical surname denoting residence on a slope or a hillside. Derived from the Olde English pre 7th Century word 'hlinc', meaning hill, it may also be locational surname from the villages called 'Lynch' in Somerset or 'Linch' in Sussex, both of which have exactly the same Olde English origination, and are (literally) built on hills.

As an Irish surname, 'Lynch' is far more confusing, nethertheless it is one of the most important clans, being particulary associated with County Galway. In general the surname is said to derive from a Anglicized form of the Gaelic O' Loingsigh, which translates as 'The descendant of the mariner', an unusual description in itself as the ancient Irish were rarely sailors, or as another Anglicized form, this time of the Gaelic 'Linseach', itself confusingly Gaelicized from the Anglo-Norman 'de Lench', which entered the country in the 12th century with the army of Strongbow, Earl of Pembroke. In effect this takes us back to the begining again and the Olde English 'hlinc', of which 'de Lench' was another spelling.

Thomas Lynch (1749 - 1779), whose Irish family emigrated to America, was one of the signatories of the Declaration of Independence, whilst Jack Lynch was Premier of Ireland in 1970.

The first recorded spelling of the family name is shown to be that of Geoffrey Linch, which was dated 1228, in the "Fine Court Records of Suffolk", during the reign of King Henry 111, known as "The Frenchman", 1216 - 1272.

Throughout the centuries, surnames in every country have continued to "develop" often leading to astonishing variants of the original spelling.

In England the name Lynch means the side of a hill - when surnames were required "back in the day" (when surnames basically did not exist, and people were known as "of" somewhere - Robin Hood was Robin of Loxley, for instance), people took theirs from all kinds of things, people and places.

Common variations include Linch and Lynche.

About Alsop... my great great grandfather was named James Alsop Lynch, since his mother was an Alsop (father Nathaniel Alsop), supposedly a wealthy family in Barbados at the time.

Candace E. Salima said…
Interesting. When I ran into my brick wall with the Lynches, which was in Dublin, I began researching the history of the name. I'm working right now, but as soon as I'm done I'll send you a message with all the information I found. But in essence, all the Lynches in Ireland descended from a single Norman name de Lynch. Mmmm, let me doublecheck on the spelling. Anyway, I started tracing from there and found that name branched out into 5 or 6 versions of the name, such as O'Loingsigh. It became convoluted very quickly. I'll find the research and get it over to you to see if it will help you in any way.

Fascinating history you have. I have other friends who are descended from ancestors in Barbados, but ran into trouble right away with the grandparents.

Thanks for answering my question, Jim. I really appreciate that.

Candace E. Salima said…
James, my Lynchs hail from the Dublin, Ireland area. Where do yours come from?

Also, I have some friends I hope will sign up, they are Allsup, so spelled slightly different. But they are huge in genealogy. If I can get them to sign up I'll hook you up with them and see if your lines connect anywhere.