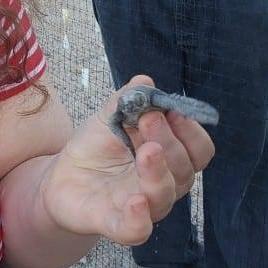 Liese A Ricketts commented on Caren's group Descendants of Eleanor of Aquitaine
"That's Liese. I did not spell my own name correctly. Sorry. "
Jul 14, 2021

Liese A Ricketts commented on Caren's group Descendants of Eleanor of Aquitaine
"Hi. My name is Lise Ricketts and Eleanor of Aquitane is my 22nd grandmother. I would love to share with others who have her in their family as well."
Jul 14, 2021

Barry Neville Hallett commented on Caren's group Descendants of Eleanor of Aquitaine
"My name is Barry Hallett and I live in New Zealand. I have been researching the Hallett family in London and believe a relative is Francis Hallett who was born in Barbados in 1769. He was the son of Benjamin & Margaret (nee Maker) Hallett.…"
Jul 14, 2021

Do you have royal ancestry? In particular are you descended from Queen Eleanor of Aquitaine?? Then Join us!! :D
Jul 14, 2021
66 Comments

Do you have royal ancestry? In particular are you descended from Queen Eleanor of Aquitaine?? Then Join us!! :D
Oct 28, 2020
66 Comments

Love reading? Do you love reading about history? Well then this group is for you. Recommend your favorite novels, educational books, or genealogy books so others can know about em!
Oct 28, 2020
4 Comments

Love reading? Do you love reading about history? Well then this group is for you. Recommend your favorite novels, educational books, or genealogy books so others can know about em!
Jun 17, 2020
4 Comments

Do you have royal ancestry? In particular are you descended from Queen Eleanor of Aquitaine?? Then Join us!! :D
Sep 18, 2019
66 Comments