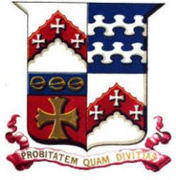 A group for descendants of the Mass and Connecticut Peck lines.

I have been searching for 35 years for the parents or siblings of Ira Peck  born in NY Dec 25, 1804I know his descendants but I am searching for his siblings or parents.Ira lived in Chili NY from…Continue

You need to be a member of The Peck Family to add comments!

I am out of William Peck and Joseph Peck line's. Dexter Peck married Polly Peck, their oldest son Elias, who by the way is not listed in Ira Peck's book. I did however find him in the Will of Dexter Peck listed as his eldest son. Ira's book says Monroe is the eldest and that they lost a child as an infant. Elias is my third great grandfather and his wife Cordella is the mystery I am searching for. She shows up on a land sale and then their daughter's birth in Jefferson county in1847. Then gone and he is in Wisconsin and remarried. I can not find their marriage record, their son David's birth record. Both which occurred in Jefferson County or Lewis county around 1840-41. Any ideas?

Roger: The Book of Pecks by Herbert W. Peck. Came out in 1954. It's a print on demand book but you might find it in a library.

Sandra: U might wanna check out the Peck book by Ira Balou Peck. It's available in full free on google books.

Hi, my mother did her family research which I inherited upon her death. She has our Peck ancestors as Adaline Peck born 25 Nov 1835, daughter of Nelson Peck born 4 July1811 who married Abigail Cutting;  Nelson the son of Silas Peck born about 1787 in Connecticut, the son of Daniel Peck and Lovinia Huntley. Adaline Peck is my mothers great grandmother. Any information on this line would be appreciated. I have very little information, other than the names, and a few dates.

I have read that there is a book called "The Book of Pecks", but cannot find a record of it.  Has anyone seen this and if so where did you find it?

Ok looking at the tree in "One Thousand Years of Peck History"... I see it's a wishfull thinking tree. It says that William Peccatum was William the Conqueror. Pft!...They were peers perhaps but certainly not the same person!! Even Burke's Peerage has him as somebody completly different!

I haven't heard of that book. When did it come out???

According to a book wriotten by Robert W. Peck entitled "One Thousand Years of Peck History", the Peck family can be traced back hundreds of years prtior to their emergence in England and France.  It is a bit confusing but very interesting and informative.

Hello Peck Family....My name is Lee Ann and my family is from Conrad Peck and Catherine Friend and I am looking to share information with family. It is great finding this site!

I am truly stuck on one Peck.  This may be longish and rambling.  Desperation does that....

The only hints I have to his original location are mentions in the census that he was born in New Jersey.  Big place.  This Edward Harold Peck was apparently b. abt 1851. He appears in Cleveland OH by the early 1880s. I have death records, property records, will, newspaper bits, directories, lots of info, but everything, and I mean everything, involves only his inlaws and his Cleveland connections.  (I'm only inferring the 'Harold'.  He was Edward H. and named his second son Edward H. Jr.  The son's middle name was Harold. The father was always Ed, Edward or EH.)

So I am going, again, for the sin of working forward a bit.  Is anyone researching Peck lines in New Jersey?  Does anyone know of any books, sites, sources, for Pecks in New Jersey?

Years ago, I found just one census for an Edward H of about the right age in New Jersey, but he went on to have a full life in another place.  Wrong guy. I've tried EH, Ed, Eddy, even just E, and all kinds of variants for Peck.

He may have been illegitimate.  His mother might be the Peck.  Or his father.

The only possible other hints I have are that he was associated with a Remington and an Adams in Cleveland, and they were not related to his inlaws.  He named his oldest son Remington. Nice if that were a clue....  But, again,  Adams owned a small hotel/saloon where EH lived early, and where he worked early as a bartender.  Remington was in the saloon and distillery business.  They could have all met and gotten close there.  I have been working on researching these associates to see if they had NJ connections.  Not much luck so far....

If you want a grin, I will be posting my father's picture on my page this afternoon.  Lewis Robert Peck, son of Remington Peck, grandson of the elusive Edward H. Peck.  You should see how much he looks like Bruce!!!  Eyes, nose, cheekbones, lines around the mouth, jawline, chin, forehead.  Even expression.  The ears are a little different....  My dad looks just like his father.  And, I'm guessing, like his grandfather.  Dominant genes.  The photo was taken in his mid-80s.

Any hints more than welcome....  Oh, if I could only narrow down to a county.... Or even be sure of New Jersey!