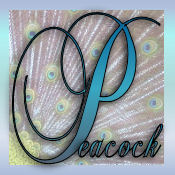 For everyone researching the surname Peacock

On April 3rd 1635, one William Peacock sailed from the port of London on the ship "Hopewell" bound for New England; he was one of the earliest recorded namebearers to enter America. - Internet Surname Database

Peacocks from Scotland to Australia

You need to be a member of Peacock to add comments!

My Mothers maiden name was Eleanor Peacock, Her Father was Arthur Lyle Peacock, the family still lives in Onaway Mich.

EDWARD PEACOCK, Esq. F.S.A. exhibited impressions of a
bronze bell-shaped Seal found about thirty years previously at
Messingham, Lincolnshire. The seal was of the class termed
Love Seals. Form, circular. Diameter fin. Device, two heads,
female and male, respectant each other, and separated by a sprig.
Legend, LOVE ME AND I J>E. Date, fourteenth century.

Peacock, Edward, exh. impression of
Bronze Seal, 11; comm. transcript
of Deed relating to Lands in Lin-
colnshire, 17 ; on Parliamentary Pro-
ceedings in 1638, 48 ; exh. impression
of Seal found at Lincoln, 69 ; exh.
various Rings, 97 ; exh. and presents
impressions of various foreign Seals,
268 ; on disputes among Justices of
Peace in Lincolnshire, 317; comm.
transcript of Chartulary relating to
an Hospital at Doncaster, 337 ; exh.
Sepulchral Brass, 339; exh. Printed
Book, 344 ; exh. Seal of William de
Hampton ? 448 ; exh. Bronze Bell
and Copper Bucket, 468; on a Letter
of Spencer Compton, Earl of North-
ampton, 490 EDWARD PEACOCK, Esq. F.S.A. communicated a transcript
of the following deed of the fifteenth century preserved among
the Dodsworth Collections. It is here printed with Mr. Peacock's
remarks and notes.
" The seventy-sixth volume of the Dodsworth Manuscripts
preserved in the Bodleian Library consists entirely of original
records, from which the seals have been detached.//EDWARD PEACOCK, Esq. F.S.A. Local Secretary for Lin-
colnshire, exhibited and presented a sealing-wax impression of a
seal recently found at Lincoln among rubbish which was being
carted away from the lower part of the city.

The seal in question is of the ecclesiastical private class, dating
early in the 14th century. It is circular, about seven-eighths of
an inch in diameter. The subject is a tonsured individual (the
clerk who owned the seal), kneeling in adoration before the
Blessed Virgin, who is crowned and holds the Divine Infant in
her arms. Legend, in Lombardic character