Davis family that were Quakers

You need to be a member of Davis Family Genealogy to add comments!

The other thing I wanted to post was a picture of the original certificate of my great-grandfather, Warren Johnson Davis acceptance into the Sons of the American Revolution.  It is in Mint condition with the original stamp on the wax seal still able to be read. 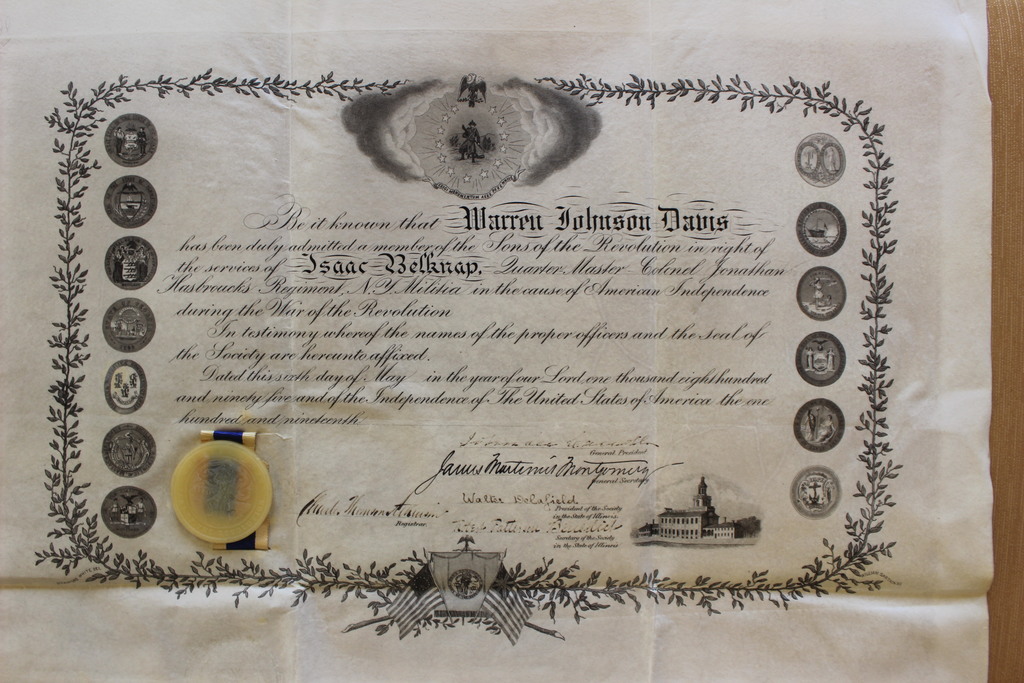 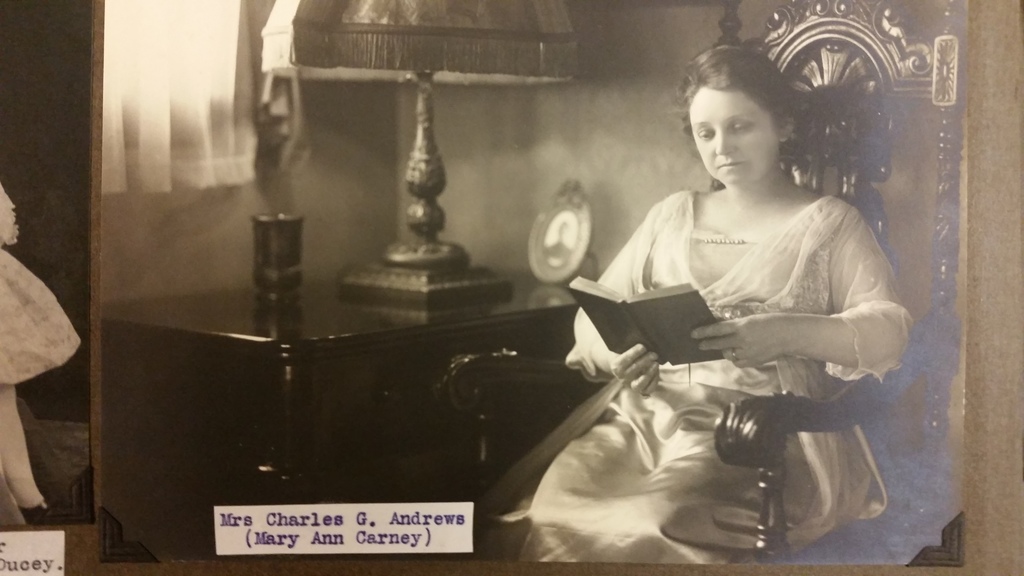 My Davis line comes from the Syracuse/Saratoga Springs/Poughkeepsie (Dutchess County.) area.  I have much from this family in the way of photos, letters, and documentation.  Very interesting.  One of the Davis' (Richard R Davis), marries Elizabeth Warren, daughter of John Warren of the Revolutionary War.

I have been looking for information on my great grandfather was William Shockley Davis.  I am trying to find out who his parents were. There are a couple of possibilities so I thought I would see if anyone has any info on them. James & Mary with a brother Anderson on the 1870 Census or could be William & Sarah on the 1880 census, these are all Stonewall Dist. of Wayne County, West Virginia. Silas & Elloreen in Reedy, Roane, West Virginia on the 1880 census are the third possibility.  I think it’s James & Mary but not sure.

I know he was born in Wayne County according to his Sept. 1909 marriage license to my great grandmother Dollie Skeens. I can find him on the 1900 census married to a Mary living with their 3 children and his brother in law Sylvester Ramey.  Mary died in Feb. 1907 they were married in Oct. 1896.

On the 1910 census he was with my g-grandmother with his children from his previous marriage and children they had and one she had from a previous marriage. I found a death certificate, for him and he died in June 1914. His death is listed twice once on the 11th reported by Doliver Davis and once on the 12th by Dr. O.T. Hines.

He was born between 1866 and 1870 from the dates on those documents.  I have not found a birth record for him.  I don’t know where he is buried and I haven’t found a obit for him. Wayne County News has then that go back that far but you have to go into the office or the library, and I live in Texas so I can’t make it there to check.

Any and all help would be appreciated.

Sorry!  Added too soon.  Most of my problem is from David Davis back.  If any one can help me out I'd really appreciate it!  David was in Maryland, Charles started in MD, moved to VA.  Isaac ended up in KY, and that's where they stayed until my grandmother moved to Kansas after her marriage.

Just new here, and I see that there hasn't been a comment in awhile, but thought I'd just "jump in"!

Having problems (of course) with Davis line.

I am stuck bad. I cannot ask any of my elders because they are all deceased. My oldest living relative is 64 years old who doesn't know much at all. I'm expecting twins and want to be able to tell them where they come from. Any help appreciated or can email me billyjoedavis35@gmail.com

Hopefully someone can help.  Family is from AL/TN/MO/MS/AR

Is anyone looking at the Davis Family in Pennsylvania, particularly Philadelphia area and Chester County?  I'm trying to identify the parents of Ann R. Davis, b. 1811, supposedly in Philadelphia.  She married Paul Conard of Chester County.  Most likely he was a Quaker, but I have no information on Ann's religion.  When Ann was widowed she lived with a niece in Camden, NJ (1890's).

hi there, i ahve been researching the Davis side....hard as its so common, MY gg greandfather was hamilton cloyd davis of belmont county ohio, he was married to a lillian taylor,

Latest news I am gathering is that he may have been adopted. I am hoping someone out there has more information on this.