Please refrain from a Coat of Arms or Family Crest

Please refrain from promoting so-called Family Crests and Coats of Arms. The misuse of heraldry has hurt genealogists for decades. The notion that a family has rights or any real connections to one is foolish, especially for American families. The related creation of “heritage books” is still a scam online. Many are based on stolen genealogical pedigrees, often supplemented by names from random telephone directories. The reputation of the community of genealogists has also been damaged by those who pursue elitism.

Permalink Reply by Tammy Evans on July 19, 2009 at 2:32pm
I agree with you James. You stated everything right. I can't stand it when companies on and off TV, Internet and so forth try to sell you something that is not really there's. I have passed stands in the mall trying to sell coat of arms. I want to go right up to the people standing there listening to the sales pitch and stop them from buying but I don't have a right to do that. Anyway, If you do have a surname that was nobility and did receive coat of arms that was granted to the individual us American's can't claim it but just be proud of it as in my surname 'Warren" but with that said, If you have all the documentation you can contact the Heraldry in England to have your line claimed, which does cost a lot and has to be a direct male line and depending if anyone else has claimed your surname you can possibly have a coat of arms awarded to you. 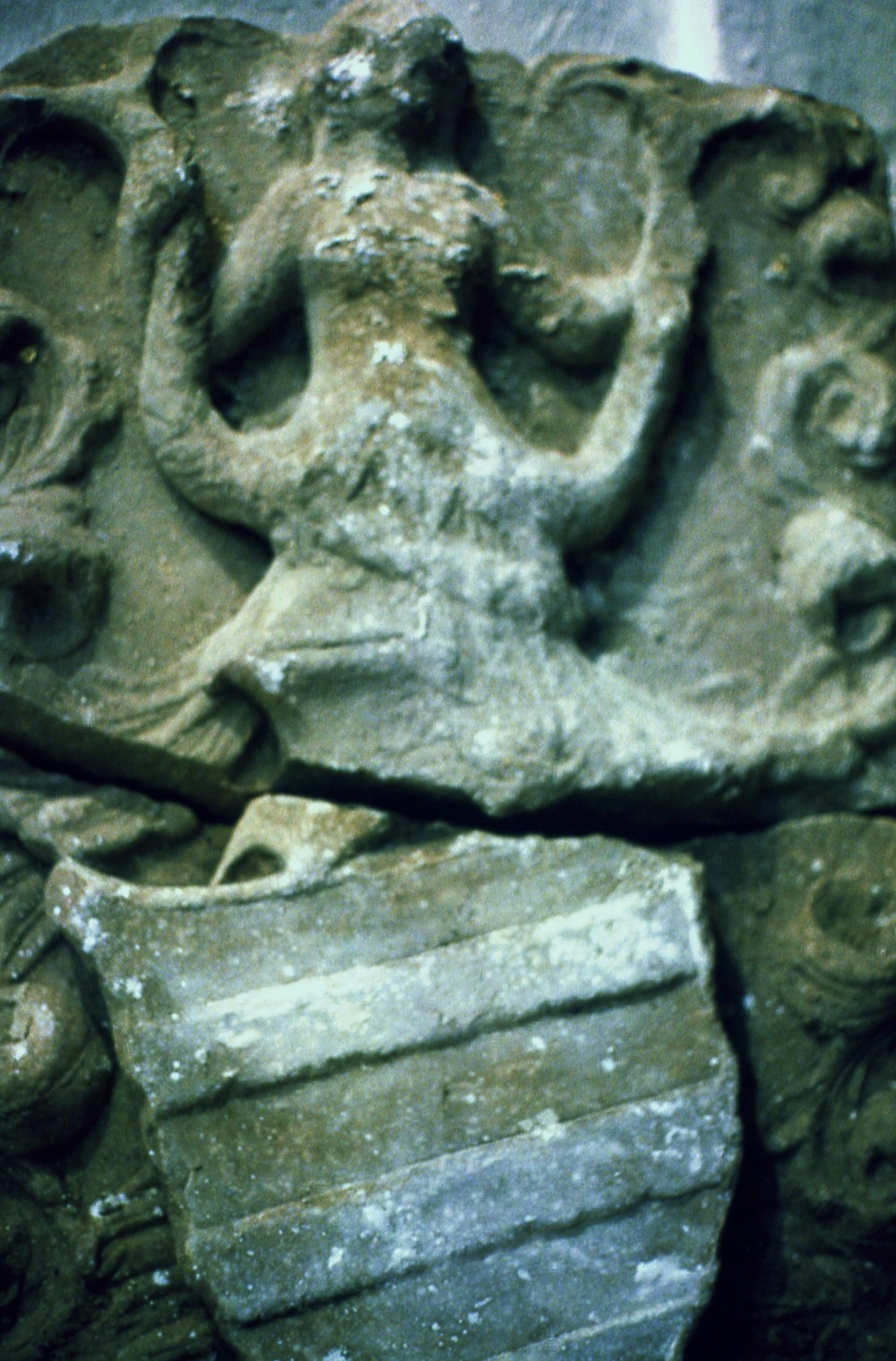 Yes, to be sure, as James Waite has correctly stated, heraldry has always been a part of genealogy.
It also still remains a black eye because the large majority of those claiming a Coat of Arms are simply mistaken.

If, however, you have employed original historical sources (such as civil registrations and church documents) and traced your line directly to a valid crest -such as the old stone in this photo, saved by a church- then it can be a source of heritage you may proudly share with your posterity. You still realize that the influence of an ancient ancestor is minimal, when compared to a grandparent, in physical, genetic, social, emotional, and other terms.

My original plea was to the GenyWise administrators because they were calling for a massive commercial source of Coats...

Permalink Reply by Georgie Trammell on July 21, 2009 at 12:37am
I am in total agreement, however, I have embrased the Coats of Arms that have been presented to individuals. As part of my research I have included them and a narrative of the events that lead to the presentation. I have also in an introduction to this section explained that there is no such things as "Family Crests". I will say that is was great fun collecting the Crests and the stories that go with them and being able to indicate how the person who was honered by his monarcy connects to my bloodline. I have also made a quilt of many of them, it is a sorta joke within the family, we refer to it as the blanket of what could have been and we don't take the concept of Crests serious as we are Americans and could never "win" one anyway. I also have an old western colt that is suppose to have been used by one of the numerous lawmen in the family and a Bible that has a nick, that is suppose to have been what stopped a bullet from killing a GG Grandfather. I know two things about the men of my family, they were ministers and lawmen-sometimes both at the same time. I also have a couple marshal badges that represents the terrirories they were in, but they are not the orginal ones. Am I foolish, no I know the truth, and present these items as examples of that was and how people lived so that my Grandchildren understand what life was really like. I am personally proud that there were men in my family that were rewarded for the service the gave their monarch.

Permalink Reply by Eugene Ralph Kipp on July 21, 2009 at 10:47am
I must agree with you. However, there is a site that promotes Heraldry here in the USA. It's located at www.AmericanHeraldry.org.
To quote from their hompage: "The American Heraldry Society was founded to study and promote the proper use of heraldry in America. The Society seeks to educate the American public about the art and practices related to personal and organizational heraldry and to promote legal protections against usurpation of coats of arms in this country. "

Permalink Reply by James Allan Waite on July 21, 2009 at 5:50pm
An excellent site that I had missed somehow. Thank you.