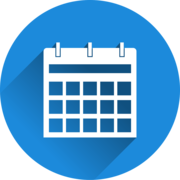 A meeting with Stephen Morse. Two topics:
1) "Phonetic Matching: An Alternative to Soundex with Fewer False Hits." Searching for names in large databases containing spelling variations has always been a problem. One solution, known as soundex, is to encode each name into a number such that names that sound alike will encode to the same number. The search is then based on finding matching numbers, which results in finding all names that sound like the target name. The "sounds-alike" criteria is based on spelling, with no regard to how the name might be pronounced in a particular language. "Phonetic Matching" or encoding incorporates rules for determining the language based on the spelling of the name, along with pronunciation rules for the common languages. This has the advantage of eliminating matches that might appear to "sound alike" under the pure spelling criteria of soundex but are phonetically quite unrelated. (Developed by Alexander Beider and Stephen Morse)
2) "One-Step Webpages: A Hodgepodge of Lesser-Known Gems." There are too many utilities on the One-Step website to be covered in a single talk, so many of them found their way to the cutting room floor when the Potpourri talk (the talk he presented to us in 2007) was being edited. However several of those are quite useful. This talk describes those gems that you might not otherwise be aware of. They range from problems with genealogical searches to problems with identity theft and with DNA.
Non-members welcome at $5.00 per guest. RESERVATIONS REQUIRED. Email info@sdjgs.org with the names and number in your group.
Interested in Joining SDJGS? Your membership includes free admission to special guest lectures.