What are your genealogy goals? One of my most important is breaking down those Brick Walls!

As an introductory post, I felt this was an appropriate subject.  After all, as a genealogist or family historian, your overall goal is to fill in as much of the family tree as possible; to find out who the people were who are responsible for your very existence!  Brick Walls in your tree prevent that, which is obviously frustrating.  I want to talk about some of my own brick walls, and perhaps some things that have helped me break through previous brick walls.  Do you have information for me, about any of these brick walls?  Do you want to comment about your own brick walls? One of my more recent brick walls, in my own line, is my 3rd Great Grandfather, James STANSBIE.  According to state and federal census records he was born in England (except that stray one that says Scotland.  of course).  This is confirmed by his Civil War Discharge papers (which say England) and his Citizenship Certificate (which actually says Great Britain). His year of birth is estimated as 1829 or 1830, from any official documents that I have, however family information that I cannot confirm as yet, gives his exact DOB as 2 Apr 1829.  In the Civil War pension records filed by his wife, Elizabeth Breatcliff Stansbie, it is mentioned that they were married in Portage, Columbia Co, WI on 27 Dec 1853.  She said she had no record of the marriage. I have also not found any record of it yet, though the county supposedly started keeping marriage records in 1849.  Next, I find him in the 1860 US Census, where he is actually enumerated, along with his family, as Stansbury (or Stansberry?), in Monroe Co, WI. However his name is spelled "Stansbie" on the Land Record in Monroe Co, WI, dated 1 Jun 1860.   By 1860, James and Elizabeth had 4 children together, and her son from her first marriage.  James and Elizabeth's first child together was a son, named Robert Wilson Stansbie. Second child was a daughter named Sarah Ann Stansbie.  They would go on to have a total of 10 children together, and James would raise his stepson John B. as his own, giving him the last name Stansbie. What I am hoping to find on James includes a record of his death beyond the pension. (Note that Cherry Co, NE, where he died, did not keep these records on any regular basis until 1904.)  I am hoping that might have some information on his parents, and his town or at least county of origin in England. I would also love to find the marriage record, if such exists.  And finally, if possible a record of immigration. 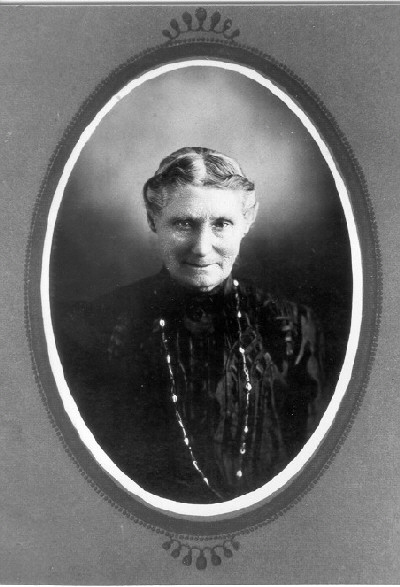 James Stansbie's wife Elizabeth is the daughter of John and Ann (maiden name unknown) BREATCLIFF.  They are another brick wall couple for me.  They DID come to Wisconsin, though it is unclear if they came with their daughter, or followed her later.  (There is some speculation that Elizabeth may have been a mail order bride, as she came to the US and quickly married a man who had children older than she was!  A few years, and one son later, she divorced him and married James.)  I have found the Breatcliffs, as a family of three, in the 1841 Scotland census, in Barony Maryhill, Lanarkshire, Scotland.  This census indicates that both John (b. about 1801) and Ann (b. about 1806) were born in Scotland (but not in Lanarkshire), and that Elizabeth was born 30 Aug 1831 in Lanarkshire. I have not found John and Ann before the 1841 census.  However, they do show up in the 1860 US census, in Monroe Co, WI, living next door to James and Elizabeth.  There are also several Land Records in Monroe Co, WI, in 1859 and 1860, for John Breatcliff.  I recently also found an extract of the Naturalization Declaration, for John, dated 28 Oct 1856, in Marquette Co, WI.  What I am hoping to find on the Breatcliffs would be any immigration information (very interested in the date, and if I could find out who paid their passage), death and burial information for both John and Ann (would be after 1860, probably in Monroe Co, WI), and in Scotland...  their birth records, a marriage record, and who THEIR parents were!  (A maiden name for Ann would probably help all that. The Breatcliff surname is rather unusual, which helps, but very often misspelled, which makes it more challenging!)  While I am researching in Scotland, a birth record for Elizabeth would be a great find, though she is not a 'brick wall'. 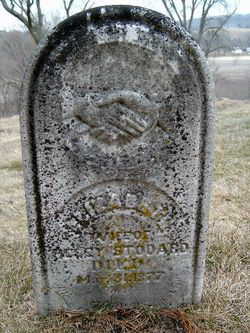 Next, may I present Heley STODDARD (and his wife Betsy BATES)!  Heley is very very elusive.  The first record I have for him is when he married Betsy Bates, "oldest daughter of Benjamin" on 21 May 1826, "all of Washington" Dutchess Co, NY.  In the 1830 census, I believe I found him in Franklin Twp, Delaware Co, NY listed as "Helia Stoddart".  I also found him, I think, in the 1840 census, in McDonough, Chenango Co, NY, listed as "Hely Stoddard".  In the 1850 census, I am nearly certain it is them, with Heley listed as "Henry Stodard", with wife Eliza and the appropriate three children of the appropriate ages, Henry, Charles and Almira.  Heley/Henry is listed as born in Mass, though, when everything else cites NY.  This is a minor problem for me, and might actually be a clue, rather than a problem.  There is an 1855 WI census where "Healy" or "Heaby" Stoddard is shown in Wilton Town.  His grown sons Charles and Henry are also shown in the same town.  His daughter's husband, Vernon Sheldon is shown with his family as well.  All are enumerated on Pg 7. He is said to have died in 1862. This record should exist since death records in Monroe Co WI were begun in 1854, but I have yet to find it. However if he died in Vernon Co, those records are only available from 1878.  Either is possible, however he was last enumerated in Sheldon, Monroe Co, WI in 1860.  Elizabeth died in 1877, as a widow, leaving a will.  Her tombstone names her as "wife of Heley".  I have not found a tombstone for Heley.  What I would like to find for Heley is of course, birth records (in NY?).  I would like to know exactly where and when he was born, and to whom.  I would like his death records if they exist, in Wisconsin.  For Heley AND Betsy, I would love to find an original marriage record, since all I have is an extract (but glad I have that!).  For BETSY, I would love to find her mother's name!  I have her father Benjamin, and his second marriage, but not his first.  And for Benjamin, I am looking for a record of birth (supposed to be about 1768 in NY, according to the 1850 census); a marriage to his first wife, the mother of his children; any record of his children other than Betsy and his "youngest daughter" Almira (m. Levi Rust). Would be interested to know if he had military service.  I did find one record, but I am thinking it is another Benjamin Bates (there were several).

Hi, I just found your post.  I am also a descendant of James Stansbie and Elizabeth Breatcliff!  I was taking another shot at trying to fill more gaps in my tree and recently made the connection of Stoddard cousins.  I have found some old photographs from that branch of the family and have more boxes to go through still.  Do you use any online genealogy tree?  I just started putting my lines on wikitree.  I would be fun to make connections with distant cousins and swap any old pictures that may contain individuals from our direct lines.  My line is from their daughter Rita Stansbie.  Among the items my family has to sort through are postcards, letters, and photographs.  I can't say right now how many are from the Stansbie side, but I've been working on mapping the cousins out that I've seen mention of so far (Danks, Stoddard, Russell).  In particular, Rita's daughter Zora traveled across country in 1929, visiting Nebraska, and mentions MANY family members in her multiple letters.  I've been slow to figure out exact connections.  I've been trying to figure out where I could share the various family memorabilia should distant cousins be interested in what I have.

Anyway, thank you for posting a follow up with more information, I'm happy when I come across someone working on the same genealogy lines!

Great news!  One of my brick walls has crumbled!  I found the family of origin of James Stansbie!!!  This was a combination of an educated guess, that the family I found with a son James, born in the correct year may be connected, particularly due to shared naming conventions.  After putting them in my tree as "possibles", I received DNA matches to his maternal grandparents, and to his paternal GrGrandparents, confirming that I was on the right branch of the tree!  Eventually an Australian cousin connected me to the Stansbie family genealogist in England, and he and I shared quite a bit of information and photos as well!

I am very pleased to have this information and to hopefully begin filling in information about their lives in England!  I greatly hope that I can have similar breakthroughs on my other Brick Wall family members.  I know that DNA can and has helped and I hope it will help in the other instances as well.

Along those lines, with the Stoddards, DNA keeps leading me to the family of Increase Billings Stoddard and Prudence Morgan.  I have not been able to figure out the connection, but it is somehow connected to that family, which came from New London CT.  Still hoping for another breakthrough there!