It's funny. Sometimes we neglect tracing back one of our ancestors because...well, because there's so much material about other ancestor lines or we think a particular line is so exciting and interesting. Lately, I've been re-tracing my footsteps to my great great grandmother, Maria Josefa Bermudez (1826-1880). She married into the Yorba family in 1842 in San Juan Capistrano. I had done sketchy research into the Bermudez line in California, but wanted to start seeing where and who they were before.

Maria Josefa's father was Hemeregildo Bermudez, who was apparently born at the Presidio of Santa Barbara, Alta California. His father, Juan Hilario Bermudez was a soldier at the Presidio and had come to California when he was 11 years old with his mother, brother, and step-father with the Rivera y Moncado Expedition of 1781 to found the city of Los Angeles.

Juan Hilario's father, Andres was a soldier at the Presidio of Santa Cruz Terrenate, then in Sonora, Mexico (now in southern Arizona). Andres had been killed there in 1775 by Apaches. The records at Tumacacori National Park, a searchable database called Mission 2000, show that there were a lot of Bermudezes living ar Suamaca, Terrenate, and the surrounding pueblos, missions, and presidios.

Continuing to track back the Bermudez family, however, led to some fascinating information. First, there was the records which showed that Bermudezes were with Cortez and Ponce de Leon in the 16th century in Mexico and the Caribbean islands. In 1503, Juan Bermudez, on a trip to or from Cuba, was shipwrecked on an island and later rescued. Not long after, another Spanish explorer came upon the island and named it after his shipwrecked countryman. Today, the island is still named "Bermuda".

That was pretty impressive stuff, but not the most interesting fact which emerged. The Bermudez family traces its Spanish roots to the town of Palos in southeastern Spain. Historians may already guess what's coming...

It was to the town of Palos that Christopher Columbus went from Portugal. The town of Palos was then a bustling shipping port, famous for its monastery where maps were made and archived. And it was from Palos, that Columbus set out in 1492 on his voyage attempting to find a route to "the Indies".

Fortunately, history also records the crews of Columbus' three ships, the Nina, the Pinta, and the Santa Maria. Aboard the Pinta on that remarkable voyage were listed two brothers, Juan and Diego Bermudez of Palos. 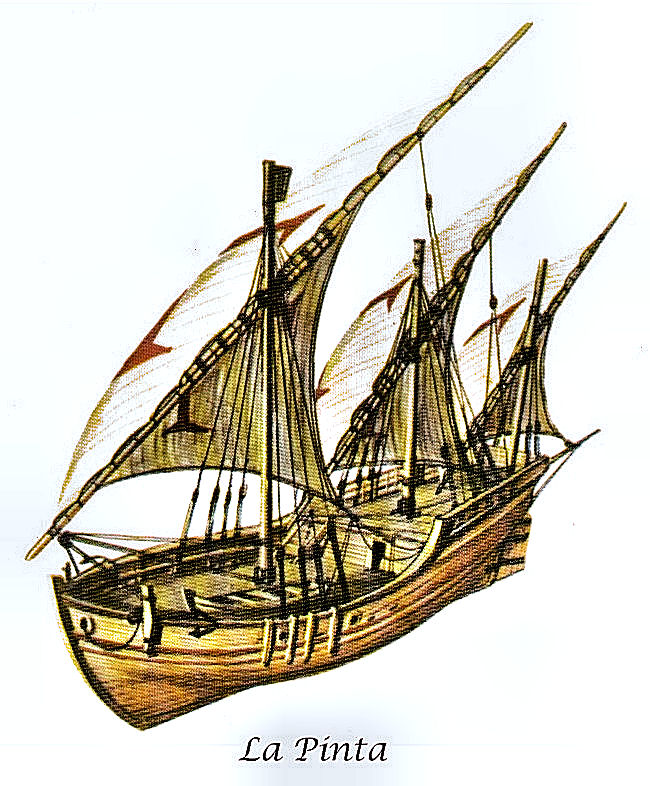