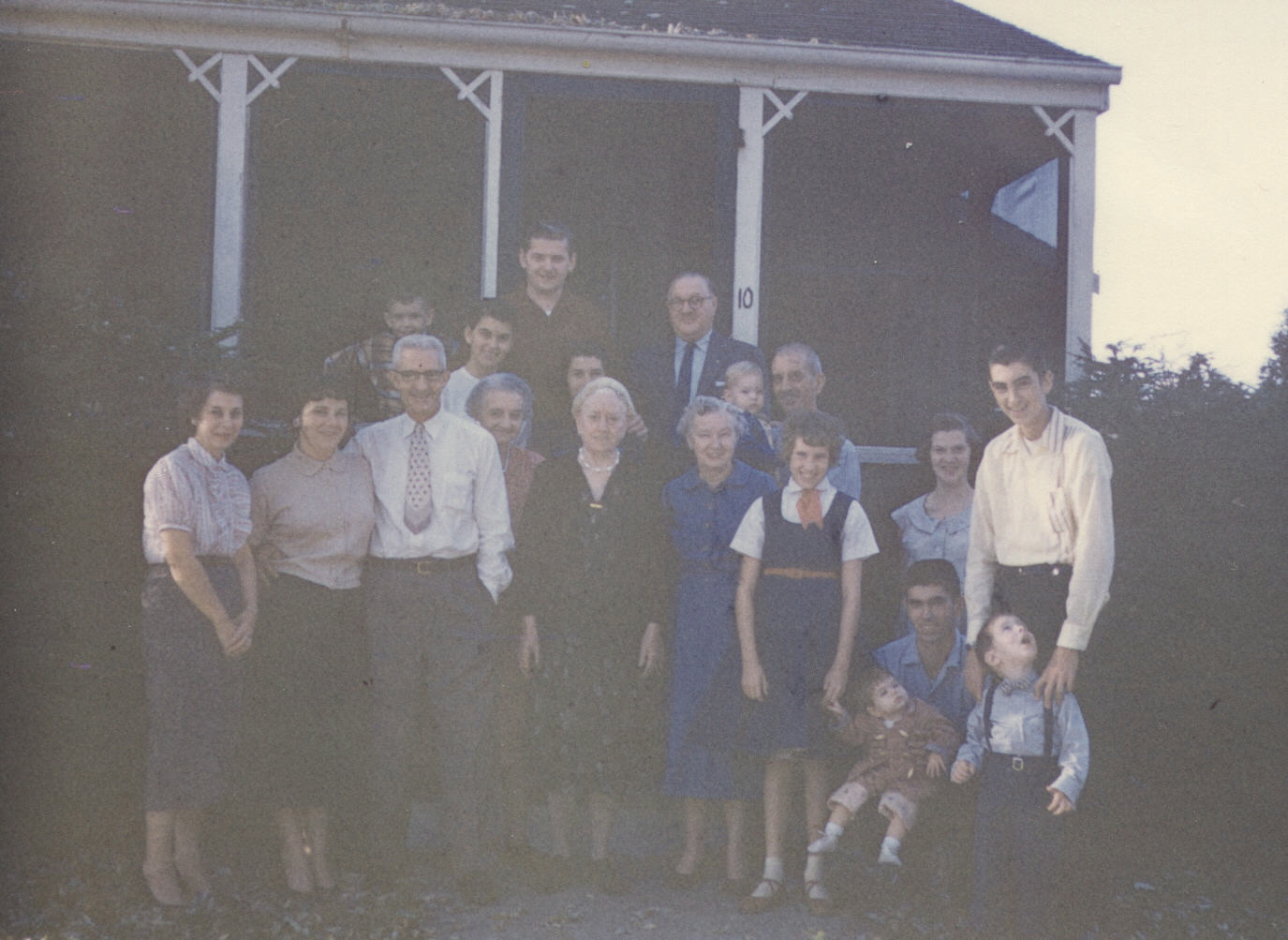 A photo, early 1950's, of Carrie (Batchelder) Allen wearing the gold nugget, surrounded by her descendants

George Emerson’s parents were from New Hampshire, raised in Milford and removing to South Boston, Massachusetts sometime soon after their marriage in 1810. George was born in 1817, and married Mary Esther Younger in 1845. He was listed as a “boot and shoe worker.” This young family had two babies by the time gold was found in California in 1848.


Before leaving Boston on February 3, 1849 the miners attended a special religious service at the Tremont Temple, and the Reverend Edward Beecher (brother to the authoress Harriet Beecher Stowe of “Uncle Tom’s Cabin” fame) preached to them about morality. He admonished them to bring their good New England values with them as they traveled into the wilderness. After an uneventful voyage the "Leonore" reached San Francisco on July 5th. History books record the adventure as a bust, with no gold found and the ship "Leonore" was abandoned in San Francisco harbor.

Somehow George Emerson found his way home, because by 1851 he was back in Boston, and had fathered a third child. He eventually had eight children, and named the youngest, a daughter, Leonore. George became a Boston police officer, stationed at Field’s Corner. He died in 1890 at Dorchester, Massachusetts.


And what was his legacy? Well, at least one gold nugget was passed along in the family. His second child was Mary Katharine Emerson, who married George E. Batchelder in Chichester, New Hampshire in 1869. Their second daughter, Carrie Maude, born in 1872, wore the gold nugget on a chain around her neck, until she was quite elderly. According to a family story, it was going to be sold to finance her last years in a retirement home in Rowley, Massachusetts, but a son sold it and took an extended vacation to Florida.

And what happened to the ship “Leonore”? Hundreds of ships were abandoned in San Francisco in the wake of the 1849 Gold Rush. Many became “ghost ships.” Many were scuttled for landfill. The “Leonore” became a whaler and eventually hauled timber. The ‘49er George Emerson named his youngest daughter after her, and granddaughter Carrie named her eldest daughter Leonore, too. My great aunt Leonore (we called her Lena) was told that she was named after the covered wagon that took her ancestor west. It was only when George’s name was found on the passenger list of the New England and California Trading and Mining Company that we all found out the truth behind the gold rush myth!