On 11 August 1916 my grandmother, Erma Leona Heskett, was born the third daughter of William Dale and Nina Verne (Mossman) Heskett. They lived in Morrow county, Ohio, where the Heskett family had lived since the 1820;s. Soon after grandma's birth, Nina found out that she had TB. To be closer to her family, they moved to Sioux City, IA. Nina went into a hospital and grandma was taken care of by one of her uncles. On 10 Apr 1919, at the age of 33 Nina died, leaving behind 3 daughters, Blanche Eileen age 7, Dorothy Lucile age 5, and Grandma age 3. Up until about 10 years ago I never even knew much about Nina. The more I learn about her, the more I realize the legacy that she left her family. In 1906 Nina graduated from the Music Department of Morningside College in Sioux City. Her love of music continued with both singing and playing the organ. How I wish she could know that her daughters followed in her musical footsteps. Daughter Eileen had several musical compositions published, daughter Dorothy was a wonderful piano player and as a child I would love to listen to her play ragtime music, and Grandma played the organ and at one time traveled around Ohio to play the organ in store windows. The talent for and the love of music was then passed onto her grandchildren. Education was also very important in Nina's life. All of her siblings attended college and one brother was a college president for many years. That thirst for learning has extended down the line to her great great grandchildren. While Nina was only on this earth for a very short time, her legacy will keep living on in her descendants.

On 1 Jan 1921 in Fulton, Morrow County, Ohio, William Dale Heskett married Daisy Arlene Smith. Grandma Daisy was always called "Mother" by the girls and she was the one that kissed their booboos and eased their fears. Grandma Daisy died 4 Sep 1963 when I was a year old. I don't remember her, but the stories that Grandma and my mother have told me about her let me know that she was such a kind and loving person. That kind and loving nature was passed onto the girls that she raised. She took another woman's children and raised them with the love that only a mother has.

Two mothers have left their legacy, one through genetics and one through action. Both are great women in my eyes. 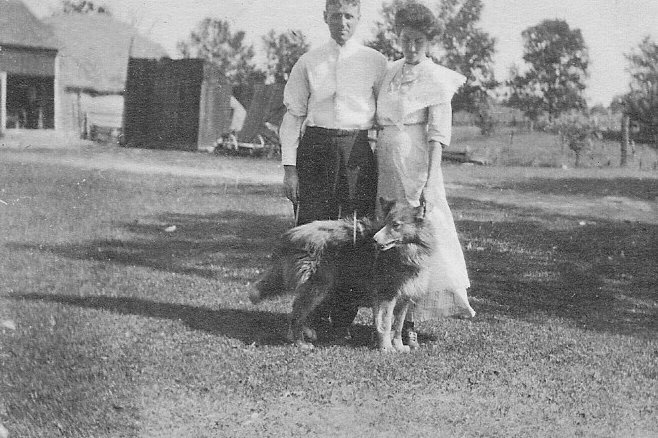