A Big Appetite, He must have loved Thanksgiving! 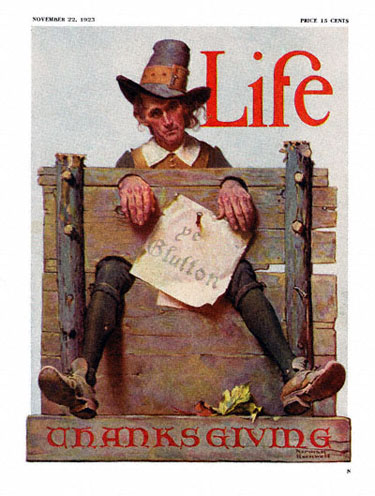 My mom found this little news clipping amongst her mother’s things. We finally figured out that the main character in the little story was her great grandmother’s brother. John Edwin Healey worked in the family business, Hoogerzeil Express Company. This was a Beverly, Massachusetts trucking and moving business started in the days before motorized vehicles. In the 1949 article it says he just celebrated his 92nd birthday, but I found him in the 1951 Beverly City Directory. He outlived two wives. For whatever reason, this side of the family is very long living. My grandmother, his niece, lived to be 96.
According to Wikipedia, “The American Weekly” magazine was published between1896 until 1966 as a newspaper supplement. It was published by Hearst, which surprised me because my great uncle was the COO of Forbes publishing in Chelsea, Massachusetts. You never know what you can learn from a little news clipping!
------------------------------------
Article in the "American Weekly" newspaper, 4 December 1949
"Never Goes to Bed....Because Sleep is 'Dangerous' "
When John E. Healey of Beverly, Mass sprang out of bed in severe pain one night in early 1919, he vowed he would never go back to bed again. He was certain that the persistent nightly cramps in his legs were caused by reclining on his mattress. In the 30 years since that decision, Healy has never broken his promise, and he has never had another cramp. He sleeps three hours each night. He wraps a blanket about him and sits in his rocking chair. At first his wife, Gertrude, was alarmed. "You'll dig an early grave for yourself,” she warned.
"Most people relax themselves into early graves,” he scoffed. "I never felt better than after sleeping in a chair for only 180 minutes. When I sleep too long I feel exhausted." Healey seems to have proved his point. Not only has he outlived his wife (she died three years ago) but he's passed his 92nd birthday in hale and hearty fashion. He still manages the trucking firm he has owned since 1908, and does all the bookkeeping. He is the town dog constable and is a member of half a dozen lodges and clubs.
"When I have a lot of bookkeeping to do after working all day, I sit in my rocking chair, loosen my belt for 30 minutes and smoke a cigar," says Healey. "Then I'm ready to go all night."
"I got out of the habit of getting tired. That's why I'm so healthy."
Recently Healey bought three truckloads of wood and chopped it into kindling, single-handed, in three days. He does most of his strenuous work when the temperature is in the eighties. "It drives me crazy to see Dad chopping wood when it's so hot,” complained his son, Joe. "Once it was so hot that I could not work, yet Dad was chopping away. I was sitting on the front porch reading and people would come by and see Dad chopping, and they'd look at me reproachfully. I didn't try to explain. Who would believe it?"
Healey consumes two and a half pots of coffee and smoke 10 cigars a day. Usually he walks five to eight miles a day for "exercise." As for appetite - Healy makes the rest of his family look like finicky canaries. "Went on an outing the other day," he said. "Ate two bowls of clam chowder, four frankforts, a plate of spaghetti and six ears of corn. Three hours later, I felt hungry again."
For years people have been warning Healey to slow down and to go to bed nights. "Everyone who has given me advice about changing my ways, I've gone to their funerals," he says soberly. He doesn't drink because he doesn't like the taste of liquor. "If I liked the stuff I'd drink it by the barrel. I don't believe you get healthy by avoiding things. All you need to do is work hard, and stay out of bed. Sleep is a dangerous thing."
--------------