Last week I watched the documentary “The Salt of the Earth” about documentary photographer Sebastião Salgado. This is one of those films that I can’t stop thinking about, which is a good thing.

For those that aren’t familiar with Salgado’s work, he is a Brazilian photojournalist and social photographer that has traveled the world photographing indigenous cultures and the social effects of major geo-political actions on these…

Reminisces On My Recent Trip to Turkey

I just took a look at my blog this morning and realized it’s been almost 4 months since I wrote anything. My commitment has always been to try for twice a month and I have alerts set on my calendar to remind me of that commitment.

I think that after finishing my documentary and screening it at the end of May, I was just pretty wiped…

My Documentary Screening at The Museum of Fine Arts, Houston

Sunday May 18, 2014 was the first public screening of my documentary, “Martin Elkort: An American Mirror” at The Museum of Fine Arts, Houston. It showed to a crowd of about 200 people, which is an terrific turn out for an early Sunday evening, on a graduation weekend.

Anne Wilkes Tucker, The Gus and Lyndal Wortham Curator of Photography, gave a wonderful opening speech where she helped the audience to create a context of what it was like to be a photographer during that time period…

From The Video Honoree’s Perspective

I asked my friend, Vicki Samuels Levy to write me a brief perspective on her experience as a video honoree in one of my Legacy Multimedia productions. After all, I write a lot from my perspective; what I’m trying to do with the video, the feelings that I want my audience to experience. I usually get a nice note from my clients and they often agree to allow me to use it as a website testimonial. So I was thrilled when a few hours later, Vicki sent me two pages of writing from her experience.…

“The Great Beauty” And The Small Moments In Our Own Lives

Over the weekend I had the pleasure of watching La Grande Bellezza (The Great Beauty), an epic Italian film in the style of Fellini’s La Dolce Vita, but with more cinematic greatness achieved by the advances in technology since the 1960s as well as a more existential examination of life. It was truly captivating and I am planning on a second viewing next week as the MFAH is bringing it back for an…

I have been reading about the concept of “Happiness Jars.” In Elizabeth Gilbert’s blockbuster memoir “Eat, Pray, Love” she started a project where she would write down things that have made her happy each day on little slips of paper and put them in this large glass jar. By doing so every day, eventually her jar would overflow with happiness.

I am proposing something similar but let’s call it a Memory Jar or more aptly, the Memoir Jar. Starting tomorrow, January 1st 2014, make a…

My Reality of Attending a School Reunion

I recently attended my 40th class school reunion out in Southern California. There was a whirlwind of activities, two parties on a Friday night, the real reunion on Saturday night and then a brunch picnic the following Sunday morning. I didn’t attend the brunch, choosing instead to have breakfast with a small group of woman I have known since I was a very young girl. It was a good choice. It allowed us an intimate time to reflect on our lives and the past two days, and I didn’t want to…

Sometimes you see something visual and it just resonates with you on such a deep level that it starts the beginnings of an interest, an obsession, or even a love affair.

I was in the Catherine Couturier Gallery a couple months ago and came across a few pieces by artist Photographer Rachel Phillips, who considers herself a photographer yet uses her photography in such a unique…

Photo Restoration Tips When Your Photos Are Fading

I once gave a presentation on photo restoration to a local historical group.. I stood up and said,
“It’s 10 o’clock…. do you know where your photos are?” Everyone gave a chuckle because most were familiar with that old public service announcement that used to play right before the local news. But people also laughed because they thought about their own photos, sitting in shoe boxes, quietly fading into obscurity or sitting on their computer hard-drives with names such as DSC00456.jpg.…

Our Culture of Drive

There’s an old joke:
A Texan is talking with an Israeli and comparing the size of Texas to the size of Israel. He says, “when I get in my car, I can drive for hours and not get to the end of my ranch.” The Israeli says, “I had a car like that once too.”

Most of the people I know drive and take their driving for granted. Unless you live in a packed urban area where the cost of keeping a car outweighs the access it will provide, most people have a car, or two, or sometimes three. I…

As a preservationist, I am always excited when a big name comes on the bandwagon providing information to consumers about preserving precious family archives. It’s a platform I’ve been preaching and promoting for 10 years now and I still consider it as vitally important now as it was when I first became aware of this.
One this stuff is gone, it’s gone!

The New York Times recently added Bertram Lyons, an archivist at the American Folklife Center of the Library of Congress in…

I have talked a lot on my blog and on Facebook about how the digital world has changed our relationship and concept of memoir. With each national disaster, we turn to Facebook, Twitter and other online websites to find out what happened, then understand the impact and finally to share our upsets and grief. We mourn publicly in a way we couldn’t have imagined only 10 years ago.

Grief in a Digital Age

Last year we completed an almost 3-hour biography on a 97 year old local woman. It was an incredible project to work on. Not only is she smart and vibrant but she had a lot of energy and we were able to do some remarkable video B-roll. We have shots of her driving her car, talking about her childhood in front of the home she was born in, giving us a tour of the artwork in her church that she and her late husband had commissioned as well as extensive stories and recollections from her 97…

2013 Resolution – Time to Get That Personal History Done!

2013 marks the 10 year anniversary of Legacy Multimedia. It will be later this fall and I will commemorate the decade in a fitting manner…. later.

Right now, with the new year, and this huge blank slate of time before me, I want to focus on my new mantra regarding my own personal history, “get ‘er done!” (Since I live in Texas, I can talk to myself in cowboy language.)

Right about the time that I was starting Legacy Multimedia, I also started the long and complex process of… 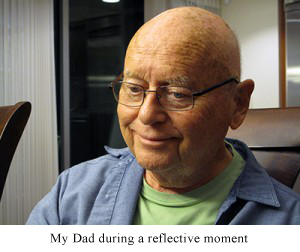