Looking for information on George Henry Childs born Dunmow Essex between 1856 and 1864 according to census information. Wed Sarah Kemball Colchester Essex 1882 and went on to have 3 children. I have not been able to locate George's exact birth details. Marriage certificate lists him "of age" and census dates differ. Also no "George Henry" Childs born in the area for the period only "george" Childs. Can anyone help, even if you have details of any of the George Childs born in the period so that… Continue

DAR has opened up their online Genealogical Research System to the public. It includes the Ancestor Database which contains the lineage information from most of the verified DAR applications - under construction -.
http://www.dar.org/library/online_research.cfm

I am pleased to announce that my peer-reviewed research paper on my ancestor John Van Gelder has been published in New York State Museum Bulletin 511, Mohican Seminar 3, The Journey, An Algonquian Peoples Seminar, edited by Shirley W. Dunn. My paper, "The Impact of John Van Gelder: Mohican, Husbandman, and Historic Figure," is Chapter 10. It is a result of several years' research prompted by the biased and undocumented history that I found. This is my first published… Continue

Can your ancestors' bad deeds affect you generations later?

Nikki Mackay, who lives in the next village, author of The Science of Family: Working with Ancestral Patterns

says you can blame your ancestors if you end up in doomed relationships, drink too much or generally just behave badly! Apparently, the events of previous generations can have far-reaching implications… Continue

Since I haven't been able to find Esther Longenacker in Shenandoah County records yet, I decided to start with cluster genealogy. The bondsman for her marriage to Adam G. Baker was Adam Poke. It took a while to find out that his last name has also been recorded as Polk, Fuchs and Fox. Last night I found out that he attended the Old Pine Church in the county that was Lutheran and German Reformed. From reading entries in Rootsweb it looks like he came from either Berks or Philadelphia County,… Continue

In addition to being on the National Register of Historic Places, Proctor Center represents another example of Outdoor Genealogy. John C. Proctor donated the center to Peoria, Illinois, more than a century ago. The center officially opened in 1913.

The Proctor family hailed from Henniker, Merrimack County, New Hampshire. The local academy, Proctor Academy in Andover, was named in honor of the Proctor family and founded by the Unitarian society.

By some accounts, the… Continue

I have just read the Genwise newsletter, and find one of my frustrations is built into the Genwise system.

If I were to record an ancestor as being born, living or dieing in DG, would you know where i meant? It is an abbreviation for Dumfries and Galloway. But I would not expect Americans to know that.

Yet, we non-Americans are expected to know your state abbreviations!

Come on, guys, stop being lazy!

The Other Mayflowers, Voyage 4

The Hessian Soldier who stayed in the New World

Part four in my Thanksgiving series about ancestors who DIDN’T arrive in the New World on the Mayflower. My 4x great grandfather Johann Daniel Bollman was a surgeon from Hammersleben in Saxony, Germany. He came to North America with Baron de Riedesel’s Brunswick Regiment of Hessian Soldiers in 1776. The Duke of Brunswick had contracted with England to send 3,964 foot soldiers and cavalry to America.… Continue

Prisoner of War aboard the ship “John and Sara”
From Scotland to Boston, 1651

This is part three of my miniseries of Thanksgiving blogs on the immigration of certain ancestors to America, during the week when our thoughts usually rest with our Mayflower passenger ancestors. My 7x great grandfather William Munroe arrived in Massachusetts a little more than thirty years after the Pilgrims settled in Plymouth. His immigration was forced as a prisoner of war and indentured servant,… Continue

This is great, if this had been available 3 years ago, my Evans research would have been an easy trip. :)

If you follow me on any of the social media platforms such as Facebook and Twitter, then you know a couple of weeks ago I spent the week in Valley Forge Pennsylvania at the Association of Personal Historians annual conference. It was an amazing five days (plus I tacked on another two to do some urban touring around Philadelphia), and I met some remarkable people and learned a lot. My last blog post was a general recap of the week there and some of the highlights but I would have to say that I… Continue

The Other Mayflowers, Voyage 2 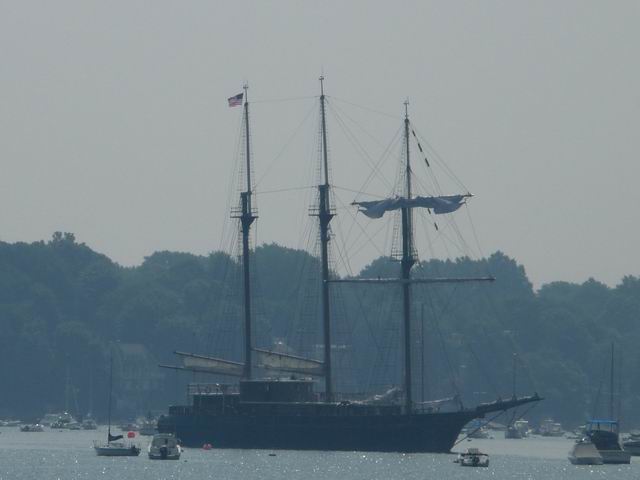 This is part two of a series of Thanksgiving blogs for my ancestors who DIDN’T come on the Mayflower. Today I’m thinking about my 3x great grandfather Peter Hoogerzeil. We don’t know the name of the ship he took to arrive in America, and we don’t know the date, but the other details of his immigration are so interesting my cousin wants to write them into a historical romance. I’ll… Continue

The Other Mayflowers Series This week before Thanksgiving will be dedicated to blogging about my other family members and ancestors who came to the New World, not just my Mayflower ancestors. There are a lot to choose from, but I’m going to start with my mother and father-in-law, who arrived in New York City in 1960 aboard an Iberia Airlines Lockheed Constellation prop plane from Madrid, Spain. It was 340… Continue

The Public Library of Cincinnati and Hamilton County's Virtual Library has full color Sanborn Fire Insurance Maps online, available for download. These large scale street plans include building outlines, property boundaries, and building use, dating back to 1904. The first two volumes are currently online and more will be made available as the collection is digitized. You can view them at the following url:… Continue