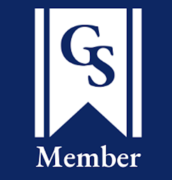 Barbara Butler has not received any gifts yet

What countries and other locations are you interested in researching?
Bavaria, Scotland, OH, CA, MI, Iowa, Nebraska

For what reason did you start genealogy research?
After my mother died and i inherited my Nana's trunk.
It was full of old pictures and letters -- Alas no one older then me to ask..

Do you have a genealogy website or blog?
http://iagenweb.org/linn/echoes/BruceFamilyA.htm

Ellen Fernandez-Sacco, Ph.D. said…
Barbara,
Carmen Gonzalez from SAMocanos kindly shared this info. I think it connects, but to be sure you''ll need to go through the Lares Registro Civil records, where you can find more siblings of Manuel Ambrosio or the death certificates of his parents. You can rent the films through any FHC.
Hope this helps,
Ellen

I did find this defuncion in San Sebastian that I had transcribed:

Notice that the declarante is Francisco Medina, hijo natural de la difunta, Juana Hidalgo. Apparently, Francisco used his father's name rather than his mother's. Since she was born c 1825, her son, Francisco Medina, would have been born c 1845 or later, which I think fits in well with the dates you have in the baptism from Lares. If he was an hijo natural, that always makes it harder to trace. Of course, it is just a possibility that this is the same Francisco Medina as the maternal grandfather of Ambrosio Ramos-Medina. Barbara Butler can check and see if Hidalgo is in her family somewhere, which usually happens or if some of her family is from Moca or San Sebastian.

There is also another Francisco Medina among the San Sebastian defunciones that I transcribed (see below), but I don't think he is the same as the one above, unless he also did not legitimately marry the mother of his children:

I don't think he had anything to do with the difunto, Cleofe Perez y Aldahondo. He was a nurse at the hospital and was probably a witness because the difunto was likely taken to the hospital, where he later died.

I also have a San Sebastian defuncion for a Manuel de Jesus Hernandez (who may be Medina), as follows:

He may possibly be the Jesus Medina you mention in the baptism.

I also have this defuncion from Lares (my transcription):


The father of the difunto, Dolores Medina y Soto, may be the same person as the father in the previous defuncion (Jose Dolores Hernandez).

I also have this defuncion from Lares (my transcription):


Notice that there is a Concepcion Medina y Hernandez who may be the same person as the wife of Jose Dolores Hernandez (maybe a second or first marriage?)

Anyway, just reaching all over the place to see if anything connects...

Hola SAM,
I have this translated baptism record from Barbara Butler, for her grandfather. She's on Genealogy Wise. Perhaps someone on the list can help? Apparently Manuel Ambrosio Ramos Medina made it all the way to San Francisco, CA by the 1910s.

Since it is from Lares, I wondered if anyone might have anything that connects. They might be from Barrio Mirasol or Bo. Lares, since there are some folks with this surname in the census, but unfortunately, none match up with this family.

Baptism Record Translation (have this copy)
Don Ramon Martinez Guru, presbyter and priest of this parish of the glorious St. Joseph of Lares, Diocese of Puerto Rico certify that in bo ok 27 of the baptism archives, folio 24 is found the following record:
In this Glorious Parish St. Joseph of Lares, Diocese of Puerto Rico. On the 14 of March of 1883, Don Vicente Aquile, Parish Priest solemnly baptiz ed and put holy oil on the head of Manuel Ambrosio a boy who was born on December 7th 1882, last legitimate son of Salome Ramos and Genara Medina, P aternal grandparents Francisco and Maria Medina; maternal grandparents, Je sus and Rosa Hernandez, all of this parish, Godparents, Manuel Duran and P ilar Rodriguez who I instructed regarding their holy obligation to which attest.
This is a true copy of the originally cited book and folio on this 13th d ay of September of 1916.

Glenn Roy Browne said…
Barbara, thanks for the reply. It was so long ago I forget the question. I'm kidding!
First of all I have no connection SCOTT vs BRUCE but I will make a note to watch for one. Second, I have looked at the southernreporter and appreicate the tip. Did you write the editor or did you take out an advt?

Glenn Roy Browne said…
Hi Barbrara. I am new to this web page and I am reading to try and get caught up. I read yours of July 10th. My mothers family came from the Borders area, namely Melrose, Selkirkshire, Roxburoshire, etc. Family names Anderson, Ramsay and Scott. Dare I think there is a connection.