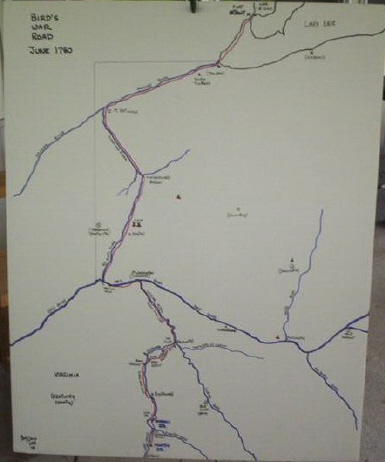 The route followed by Capt. Henry Bird following his raids on Ruddle's Fort & Martin's Satation in KY to Canada. This route taken by Bird and his 400+ prisoners follows the Licking River in KY north to the Ohio River then to Cincinnati, then the Miami River in Ohio north to the Maumee River and to Lake Erie on into MI and eventually Canada.