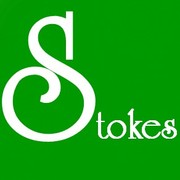 A group for anyone interested in the surname Stokes and any known variations, including: Stack, Stackes, Stacks, Stoak, Stoaks, Stock, Stocks, Stoke, Stoker, Stokes, etc.

You need to be a member of Stokes Genealogy to add comments!

I haven't visited the 'side-shoots' yet, just my main branches.  I am descended from Charles (1824), who m Elizabeth HARDY 09 Apr 1843 at St Werburgh, Derby, their son, William, being born that same year in the September, then a son, Charles, in 1845 (who I have not been able to find, subsequently; I assume he died in infancy); then Henry (my direct ancestor) in Manchester in 1860. William had a rather interesting and complicated life: he was aka William Stokes HARDY, comedian/actor/theatrical touring manager, and he appears to have taken part in a wife-swap!  Henry, I gather was "red haired and with a temper to match"!  He and his parents wound up in Sculcoates, Kingston-upon-Hull, where he married Alice BURTON. They had children: Charles (1885-1848), Clarence (c. 1889) and Dorothy (c.1892). Charles was my grandfather. He married Winifred Ada TURNER in 1907.

I'd be very interested in hearing from anyone who might be a distant cousin, and am more than happy to share the information I have managed to gather to date!

Comment by David Bennett on July 10, 2010 at 8:16am
I am searching for ancestors of John Stokes, b. 1817, Wiltshire, England. He came to Providence, R. I., in 1848, and then to Pascoag, R. I., where he worked for a manufacturing company for 17 years. He came from there to Dayville, Connecticut, in January, 1866, where for about 10 years he was in the employ of the Sayles Mfg. Co. He was married in 1836 to Phebe, daughter of John Gregory. They had seven children: Ann (m. Robert Kershaw), Elizabeth (m. E. K. Spaulding), Sarah J. (m. H. Hanks), Fannie (m. Alexander Peck Bennett, my great-grandfather), Harriett Emeline (m. Irving L. Blanchard), Charlotte A. (m. Dr. A. E. Darling) and Clara B. Stokes (unm.). John, Phebe and Clara Stokes are buried at High Street Cemetery located in Dayville, Connecticut, in the town of Killingly, as is Alexander Peck Bennett.

Comment by Michael John Stokes on November 16, 2009 at 11:51am
Hi Stokes researchers, I'm researching my Stokes family who came to wales from Essex, gone back to the Great Leighs area in the 1820s and now I'm stuck! Any thoughts would be much appreciated.

Comment by Leah on September 13, 2009 at 6:25pm
I am researching Stokes in Somerset, England and Wales. Family lived in and around Bridgwater, Chedzoy, and Sutton. My branch left for Wales in the mid-1850s to work in the mines around Pontypridd. If connected, please contact me and we can exchange information.

Comment by Blythe Andrea Stokes on September 13, 2009 at 4:53pm
I am related to the Stokes that began in the US with Christopher Stokes very early in Virginia then on to William Stokes. The locations for this part of the Stokes Family is from Virginia - Georgia - Mississippi - Louisiana - Texas - California.