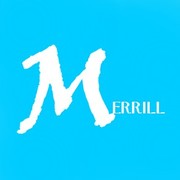 A group for those interested in the surname Merrill and all variations, including: Merrell, Merill, Merle, Merell, Merel, Meril, Meryl, Merryl, Merryll, Meryll, Meryell, etc.

You need to be a member of Merrill Genealogy to add comments!

My maiden name is Merrill. I'm descended from Rev. Sherman M Merrill, a Methodist Episcopal minister, and a scoundrel. I'd love to find other cousins related to this line.

Comment by Tom McFarland on August 29, 2009 at 3:01pm
Thank you, Molly. I have a good share of the vital records for Jonathan and Margaret's family, but I don't have the marriage record for Frank and Lucy. My real interest is in building a history of the family, so I am looking for any journals, etc. that might exist. George was the editor of the Lawrence American, so there is some information there. Tom

Comment by Molly McKinley on August 29, 2009 at 12:46pm
Tom,
The following info was found on Ancestry.com concerning Jonathan. You don't state here what exact info you are looking for. I do Merrill research all the time. I have over 500 pages of the Massachusetts family history that I have gathered over the years. I really only track the direct lines but if I know what you are missing, I can be on the look out as I do my own research.
Molly
Massachusetts Marriages, 1633-1850 Massachusetts Marriages, 1633-1850
Name: Jonathan, Jr. Merrill
Gender: Male
Spouse: Margaret Clark
Marriage Date: 26 May 1822
City: Methuen
County: Essex
Source: Family History Library, Salt Lake City, UT, Film # 0760383 & 0887746.

Dodd, Jordan, Liahona Research, comp.. Massachusetts Marriages, 1633-1850 [database on-line]. Provo, UT, USA: The Generations Network, Inc., 2005. Original data: With some noted exceptions all marriage records in this collection can be found at the Family History Library in Salt Lake City, Utah, and may be available through Family History Centers throughout the United States. See table below for information listed.

Comment by Molly McKinley on August 29, 2009 at 12:38pm
There is a lot of info on the Merrill's that came to Massachusetts in the 1500's. The site you mention Caren is a great one. If you have access to Genealogy.com you can read the two volume set of Merrill family history. My Merrill blank wall is the time frame of 1700's. My branch moved to New Hampshire on the way to Vermont. If find quite a bit about them before New Hampshire and afterward in Vermont...the little lost sheep are roaming through Amherst, NH! LOL There are so many Nathaniels, Daniels, Johns and so forth it becomes a giant puzzle to pick the right one at the right time...glad someone added this group. Maybe we can put some pieces of our puzzles together.

Comment by Caren on August 25, 2009 at 2:18pm
Hey all. I suggest ya'll go to www.merrill.org It's an extensive history of the Merrill family in America. Helped me alot in my Merrill research. Im descended from Nathaniel Merrill and Susan Wolterton. Who came to America in the early 1600's. My most recent Merrill is Eleanor (my great-great-great-great-great-great grandmother) who married Daniel Jackman in 1753.

Comment by Michael Talley on August 20, 2009 at 3:26pm
I am looking for any information including living descendents of John Daniel Merrell of Jefferson County Alabama. All that I have is his name in my grandmother's bible, a copy of his death certificate from 1909, a few misc. records such as city directories, and census/burial records for some of his children. Any help would be greatly appreciated.

Comment by Tom McFarland on August 19, 2009 at 5:08pm
I am interested in the Merrill family from Methuen, Massachusetts, Jonathan Merrill who married Margaret Clark and their children.

Comment by Rosemary Taylor on August 10, 2009 at 1:37pm
My great-grandfather was named Dudley Merrill. He said he was born 1838, Ontario, Canada, and his parents were John Merrill and Mary Reed (b. VT). He lived in Furnas County, Nebraska in 1880, and Decatur County, Kansas until before 1900, when he disappeared. Great-grandmother said he died on a trip to visit his family. He is a mystery man, and any information on him is appreciated.