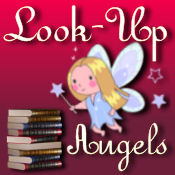 This group was created for people who are willing to do free look-ups of records , or newspapers in their area. The group is also for people needing free look up help.

You need to be a member of Look-Up Angel Volunteers to add comments!

Our name is very rare...  Only 6 families left in the US and I am trying to find the connection to Scotland and Ireland.  I will eventually have to find out how to look at records in Scotland.  The family lived in Kirkcudbrightshire from 1821- on (Parents James & sp: Giles, Julia or Cecelia) were from Ireland).  I have a lead that the mother Cecelia died in 1866 but don't know how to retrieve that record...  ANOTHER place to look for another day. :)

Robert is in the 1841 Scotland Census.I have followed his military records in the US... :) He dies after 1865 prob in NY.  May have a death date of 27 Nov 1896 but have no way to confirm.. Probably in Queens, NY.  I have not found any military confirmation of burial.

Robert came to America (prob MA) between Jul 1841 (Scotland census) and Oct 1846 (marriage) from Ireland.  I have not found the ship he arrived on.

I have no family records for Mary.

I have no US census records for Robert OR Mary.

I have the two citations showing the marriage of Robert and Mary in MA - Massachusetts, Town and Vital Records, 1620-1988 (Cambridge Marriages)"   and the other is from "Massachusetts Marriages, 1633-1850."

I was wondering if there are any records at a library in MA that I cannot access from computer.  Do you know of anyone that is helpful at a Genealogy library in Cambridge or a city that has good stuff and great helpers? :)

Cindy Michelhaugh, where have you looked so far?

I am needing help with Cambridge, MA records.

Marriage: 25 Oct 1846 Robert Meiklehaugh and Mary Ragel.  I would like to get more information about both of these people.  I have nothing about Mary and Robert came to America (prob MA) between Jul 1841 - Oct 1846 from Ireland.  I have not found the ship he arrived on. :(  He eventually moved to NY.
I would appreciate any help.  THANKS

Seeking someone to do a look up for a last will and testament and obituary for Adam Turnpaugh, d. about 1832 in Cincinnati, OH.

Ang, I found the following information from the California Death Records.  Hope it's helpful.  Also, may I suggest that you come by the chat room which usually has people who are more than willing to help you with your research.  Colin, I haven't had any research to do in your neck of the woods, but someone in the chatroom might be able to take advantage of your expertise.

I live and research in Jersey, Channel Islands, and it seems TOO LONG since I was asked for help.

I'll see what more can be dug up for you and get back to you...definitely sounds like an interesting trail to follow.

Thank You Melinda,  I found Zennetter Bean in the California (San Diego) death index in 1954.  Dinah Van, Zennetter's mother was listed with her mother (Polly Van - Wildcat) in the Cherokee listing where they signed up to receive compensation around 1900 in Oklahoma on Fold3.  Polly was a Cherokee Indian, but also a Cherokee slave of Sonny Van .Polly only spoke Cherokee and very little English.   I think that Polly was born in Georgia and migrated during the trail of tears to Oklahoma. During the civil war Polly and her 5 or 6 daughters stayed in Kansas and migrated back to Oklahoma around 1866. There are several birth dates for Polly, but I am not sure which one.  Dinah married a man with the last name Smith and bore Zennetter , they are in the 1880 census in Durant, Holmes, Mississippi.  Zennetter married Harry Bean (James Harry Bean) around 1889 in Van Buren, Crawford co., Arkansas.  Harry Bean's family is from Crawford county, Arkansas.  I have researched the Bean family back to the 1870 census.  His father's name was Green Bean and his mother was a Cherokee Indian named Martha.  Harry, Zennetter and Dinah Van migrated to Vian, Sequoyah, Oklahoma around 1890.  The last information that I could find on James Harry Bean or Dinah Van was the 1940 census. I have found all of there children. Jesse Bean died in Ark,, Ethel Hattie Ann Morrison died in Calif., Hazel F died in Calif., Henry Bean ( Louis Henry Bean) died in Chula Vista, Calif. The last grand child named after Zennetter  died in 2013.

Harry and Zennetter are listed in the 1940 census living with Bernice (age 11 and Ernest (age 8) in Red Fork, Tulsa, Oklahoma.  I looked through the California Death Records from 1905-2000 but am unable to find any of them.  Do you have any more information?