Hardewyn, Hardin, Harden of Kentucky. Associated with the Holtzclaw, and Hogue families. Source: Ancestry and Descendants of the Nassau-Siegen Immigrants to Virginia. 1714-1750

"William (Indian Bill) Hardin was a noted Indian fighter , mentioned prominently in Perrin's "History of Breckenridge County before 1840 ," was a captain in the Militia, was nicknamed "Indian Bill" for his prowess against the Indians, and in his obituary is called " Colonel William Hardin."

An article called " Interesting History of Indian Bill Hardin," by Henry C. Jolly in the " Breckenridge Democrat, " April 25, 1902, states that in August 1779 he and his cousin Sinclair Hardin, and two other companions came to Kentucky and visited the vicinity of Hardinsburg, where William Hardin killed one Indian and his cousin was killed by another. They then visited the country of the present Hardin County, Kentucky, and William was so pleased with the country that he went back to Pennsylvania , gathered a group of 12 families there, and in 1780 they set out for Kentucky , arriving at the present site of Louisville March 6, 1781. They then journeyed back to Hardin's Creek and on March 17, 1781, began clearing the land for Hardin's Fort which later became Hardinsburg, Kentucky.

It was said that " Indian Bill " was a perfect specimen of a man. He stood 6 feet 4 inches and weighed 240 pounds . He was just about the same size as Simon Kenton ( probably the most noted of all the Indian fighters ) and it was reported that both men could run all day . No doubt Simon and " Indian Bill " fought against the Indians many times together . William Hardin and his brothers were raised on the western frontier of Pennsylvania and it was here that they became adept at Indian fighting . You had to if you were to survive.

William Hardin received grants from the state of Virginia in 1785 for 3800 acres of land , all near the present site of Hardinsburg, Kentucky.

Other Hardin lines you may be interested in / DNA links

My line from John HARDIN who married Catherine MARR 3 Replies

You need to be a member of Kentucky Hardins to add comments!

Susan, I am posting a comment in the DISCUSSION forum above so the comments can stay together. :-) 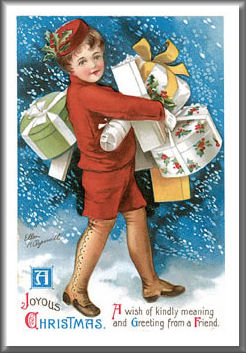